A question I regularly get asked when discussing the amount of football I watch is 'Why?' The majority of the time it's hard to explain, but really it's because of the chances to stumble upon places like this. Sprimont is an unsuspecting place. Just south of Liege, it has a population of just over 12,000. Driving through the nearby towns and villages Matt was making comparisons between this part of Belgium and Devon, and to be fair we couldn't really argue with the comparison.

The local football team play between two hills, just below the local Tennis club, in the Stade du Tultay. This place is a dream for those football watchers with a passing interest for photography. Elevated views of the ground and a scenic backdrop of the nearby countryside. Along one side is the club house and changing room complex, of a decent size. You have to buy coupons to buy your drink, but to buy a can of pop you also have to hand over 20 cents! The clubhouse provides a slight overhang for covered standing. Opposite this is a very nice elevated stand, running along the middle third of the pitch. This has the clubs hospitality facilities to the rear. Either side the paths are used for hard standing. Either end are paths, save for a small elevated metal terrace providing more covered standing.

Some of you may be sat there going, 'Yeah, but that's Belgium isn't it? nothing remarkably special here.' Well, yes from that you're correct. But I omitted that this small little terrace is sprawled with graffiti from 'Ultras Sprimont.' Now, I'm not as familiar with third division football, but as soon as I saw this my interest rised. I was intrigued. As we sat drinking our drinks in the club house we watched on as a couple of kids spray-painted the finishing touches on a new banner they'd been making. Joined by a few more people, two drums and a megaphone we watched as a 'No Pyro, No Party' banner was unfurled.

We took our places behind the main stand and awaited the arrival of the players. As they wandered on the pitch, we turned to our right and did a double take. The Ultras had let off 4 or 5 flares before breaking into a chorus of various chants. During the first half of evening games I usually do 2 or 3 laps to get various photo's of the ground in differing light. Once again I did this, and it was nice to do so with a bit of an 'Atmosphere' in the ground. When I say atmosphere, I mean I could hear the two guys with the megaphone's as well as the drum. By the time I got back to where I'd been originally stood, 3 away fans were stood on the other side of the terrace. For the whole first half the 3 of them stood there, and sang continually. For that I doff my cap, but it made the whole thing even more bizarre.

On the pitch, we were to comment by how impressed we were of the footballing ability of these two teams towards the bottom of the 3rd division (Pool B). Particularly impressive were some of the moves made by the away team in the first half. The problem was that both teams had a distinct inability to shoot. Chance after chance went over, wide or straight in the goalkeepers hand. This was probably best highlighted by when, early in the second half, Ciney were given a penalty only for the player to drag the ball about 5 feet wide. In the end the only goal was to come from the home side with, ironically, a really neat finish at the near post mid-way through the second half. After more wailed chances the full time whistle blew.

We turned our backs to walk to head to the car park, only to hear the distinct bang of a firework behind us. Looking back, yet more flares were let off and fireworks let off from atop of the hill the ground backs onto. With a smile on our face with left the ground. While foreign ground number 100 wasn't much to write home about, this is one of those trips that will live long in the memory. 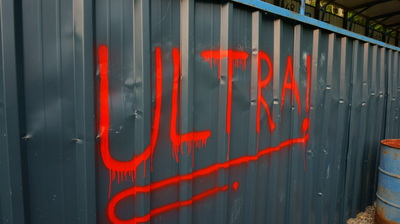 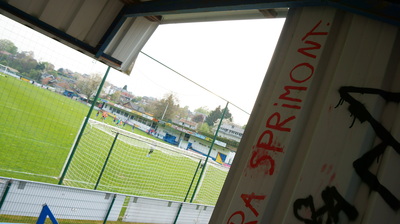 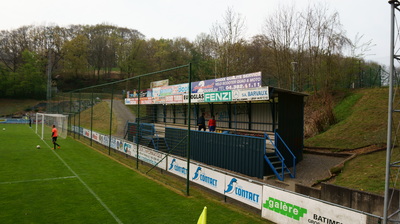 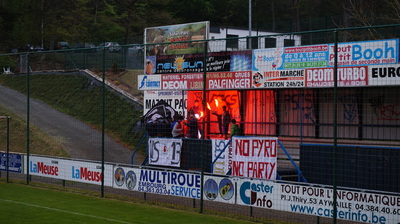 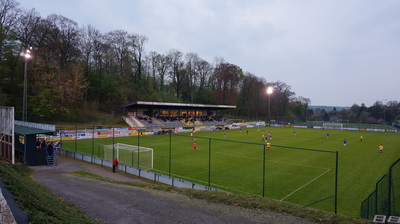 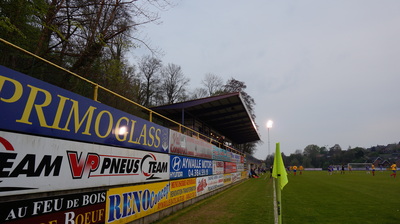 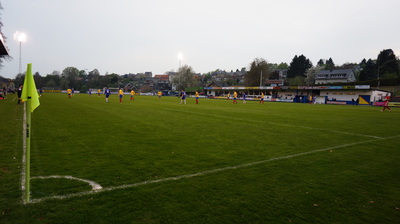 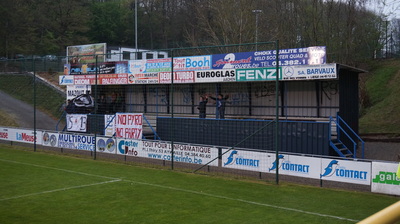 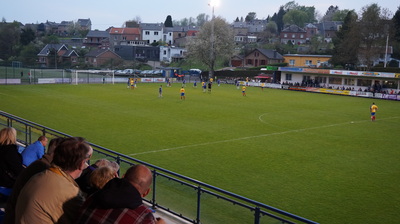 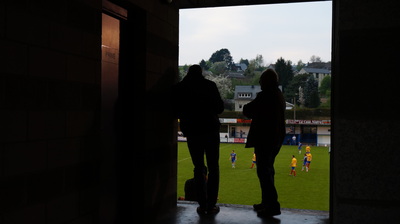 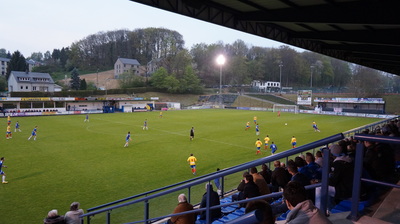 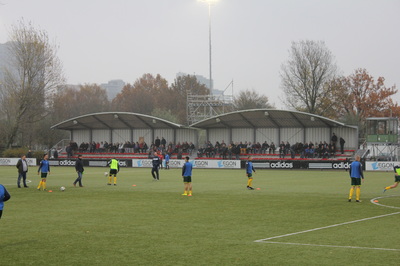 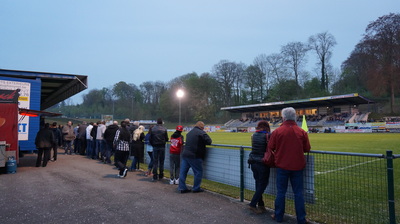 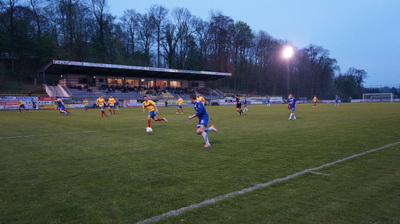 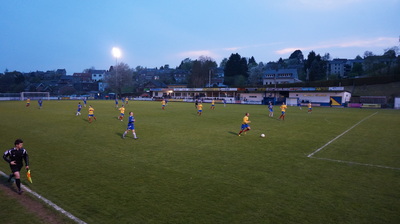 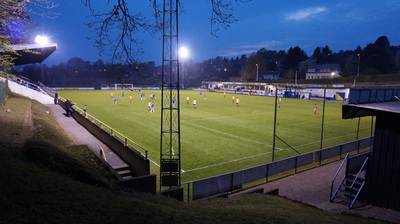 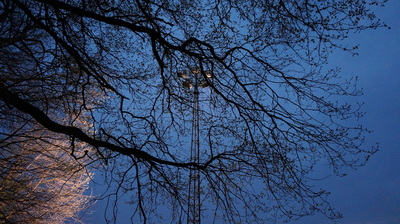 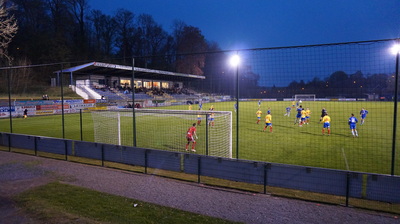 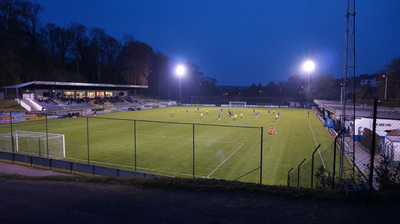 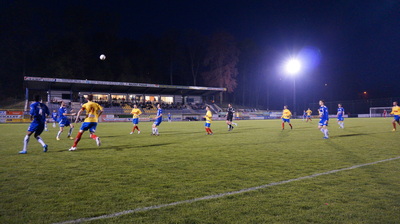 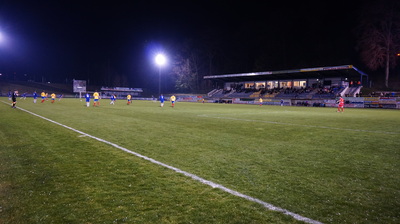 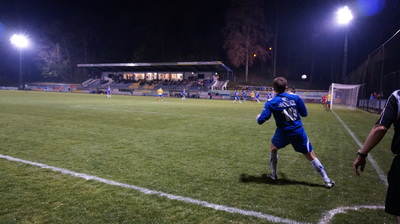 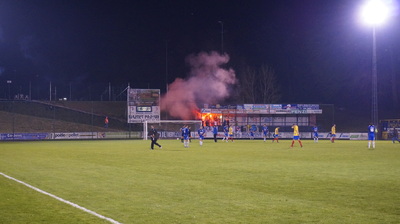