Belgium - Don't sleep on it 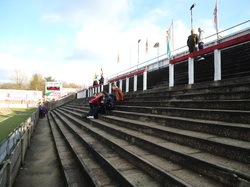 Come on, admit it, when you first thought about going abroad to watch football, your mind went immediately to the Nou Camp, San Siro, or Bernabeu? You maybe thought about Germany? Ok, maybe a bit nearer, what about Holland...Ajax, Feijenoord?
Don't get me wrong, there is nothing wrong with that, all those are great places to watch football (I am on record as saying Germany is THE place to watch football). Just don't sleep on Belgium, it's a great place to go and there are some wonderful old grounds.
The football isn't the greatest, but if you fancy standing on a terrace, drinking a beer and soaking in some of the terrace banter and atmosphere many English grounds were built on, you could do alot worse.It's not perfect. Some grounds offer little to the seasoned ground hopper other than another tick in the book, and the days of 3pm Saturday kick offs are long gone. But, with the country being so small and public transport being so good, it is easy to get 3 or 4 games in in a weekend.
English visitors are nearly always well received, and many locals will engage you in conversation  over your trip, and the almost inevitable trips they have made to watch the EPL.
A word of caution. Due to the astonishing level of bankruptcies and mergers over the last decade or so, the leagues may appear somewhat upside down when it comes to ground sizes. The second division in particular, has a number of teams from very small towns with small (more modern) stadia. Almost a case of 'last man standing'if you like. A good look around the various soccer data bases will soon highlight some wonderful older, larger grounds, in tiers 3 and 4 (and even 5 in the case of Sporting West).So why not give a try someday. The beer and food are great, some of the cities are towns are spectacular, and it's not that far away! 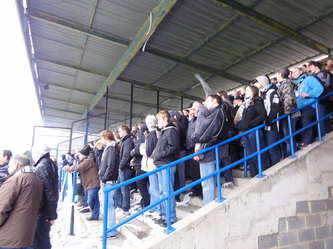 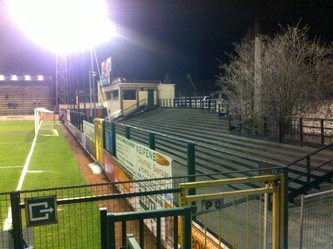 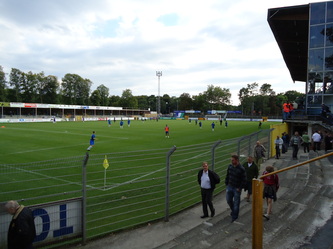