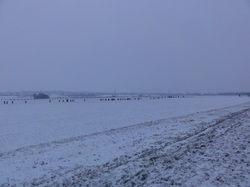 So our quest to see games in the top four tiers of German football in 5 days ended in Mainz at the modern Coface Arena. The snow and sub zero conditions that had accompanied us throughout the week remained, and led to a wonderful sight of fans walking across the fields against a white backdrop.
The arena was built in 2011 at a cost of 60m Euro and holds just over 34,000. When arriving from the west of the city it provides an unusual sight, situated in fields. It's size is somewhat obscured as the bottom quarter or so is below ground level. I'm not going to say it is one the must visit stadiums in the country, but it is decent enough and ticks all the boxes. And at 13 euro a ticket for the terrace who could say no if the opportunity arrived. The fans make a decent amount of noise and the facilities behind the terrace are on a par with any other stadium we have been to. The panelling in each of the corners shielded us from the harsh wind.
There are a couple of draw backs. The netting that hangs from the roof and goes the full width of the pitch is, at first, an inconvenience, although I soon forgot about it (although that maybe the beer). Public transport is limited to the shuttle bus from the city which, whilst fast and frequent, stop a good 15 min walk from the stadium across the fields; unpleasant in these conditions.
The game itself won't live long in the memory. Mainz scored early through a deflection and Wolfsburg equalised with a well worked goal. It look like the visiting playmaker Diego would take over the game prior to a harsh red card for Wolfsburg in the 29th minute. Mainz huffed and puffed for a winner and, despite having a couple of good attempts, a draw was a fair result.
My only disappointment from the day was that no one agreed to buy me one of those small remote controlled Zeppelins that were flying around the stadium prior to the game....it was my birthday afterall!!
For some pictures of the old stadium in Mainz see here. 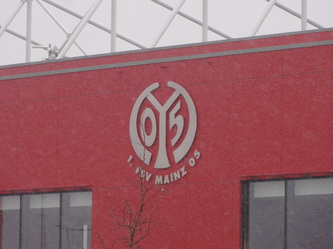 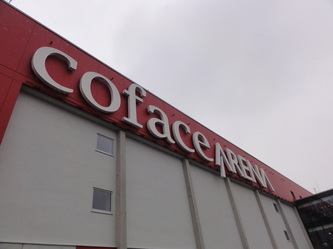 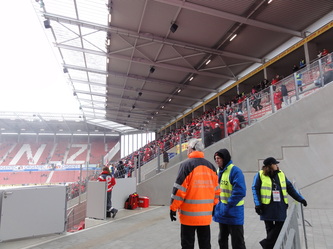 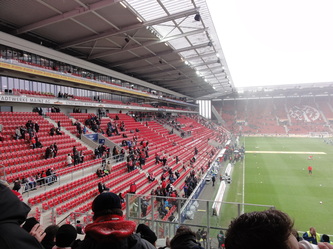 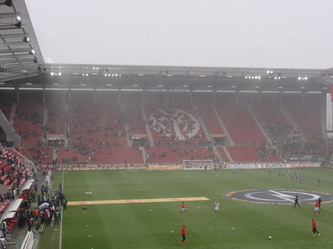 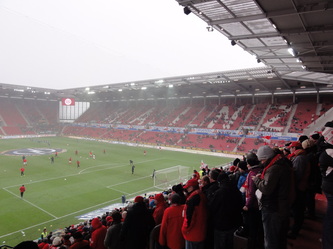 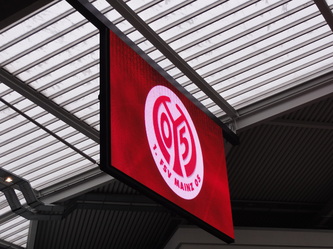 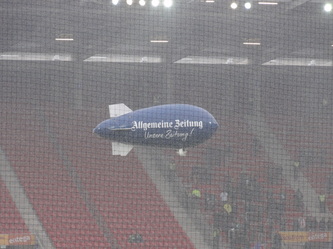 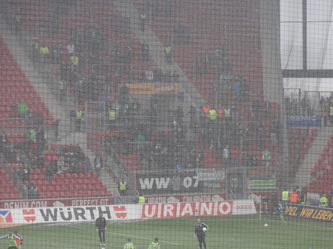 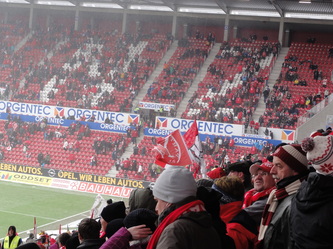 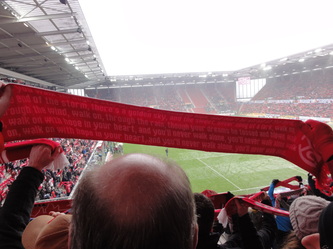 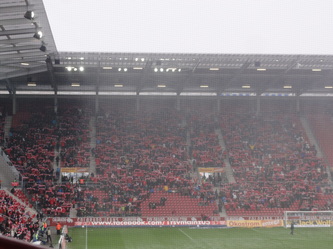 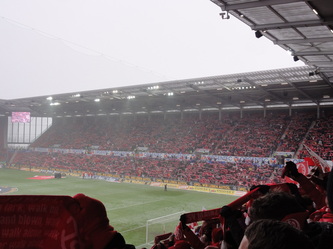 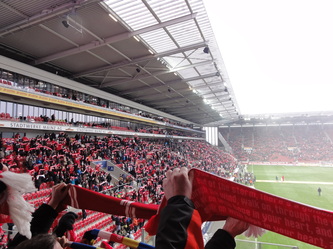 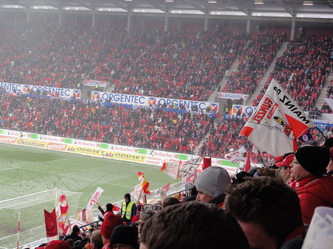 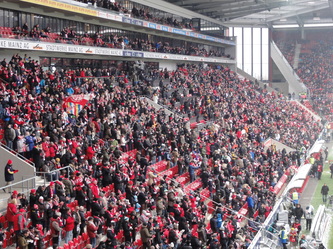 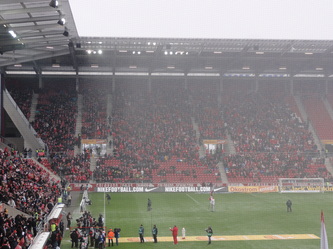 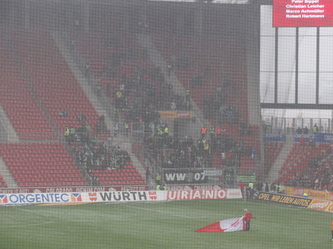 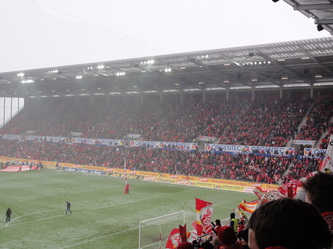 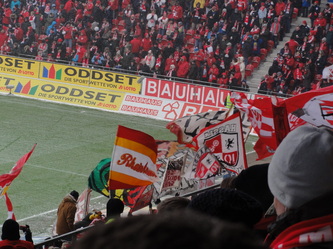 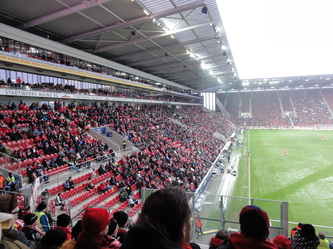 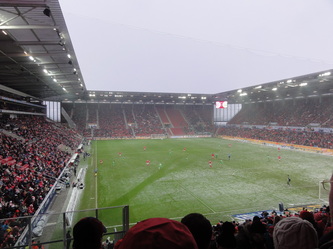 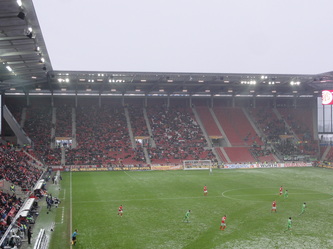 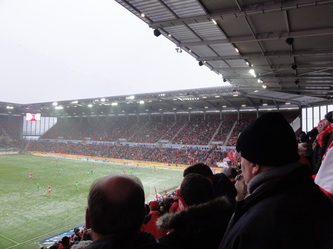 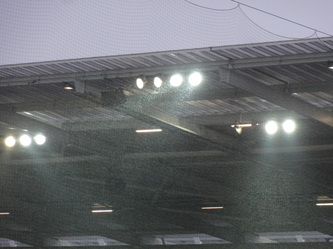 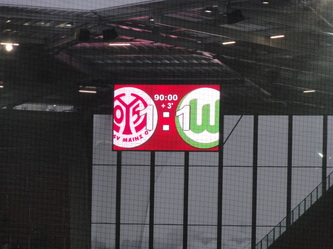 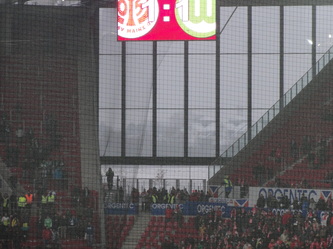 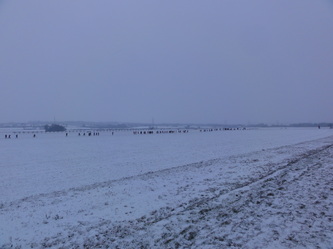