Quite a few delays. 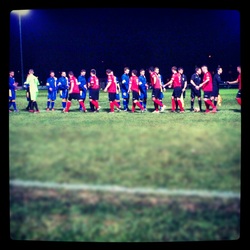 A week plagued with rain limited our match selection on this particular Tuesday, our original choice disappeared around midday. Thankfully we had this game as a back up so our weekly Tuesday game could be visited. It confuses me how I hadn't visited Winchester previously, although it's in a strange position where it often gets overlooked, mainly because it's so much effort by public transport. At least now I can say I've been.

Having arrived at the end of the road leading to the ground I had hoped to get a photo looking down with the ground illuminated, but someone had the great idea of sticking a building in the way. So much for my limited artistic brilliance. We drove down slightly to realise we had no idea where to park and no idea where the turnstiles were so went round to the rugby club. After asking a lady if we could park there we got this reply "you can but the people going to choir may block you in." Needless to say they didn't. Negotiating the mixture of lakes and mountains we found our way to the entrance.

The ground wasn't what I was expecting, although I'm not quite sure what I was planing to see. The pitch is positioned in the middle of a cross country track, or something like that. When looking to the stand from the club house you could be mistaken for thinking you're looking at a greyhound track due to the clay surface.  Along this side are three separate structures in addition to the clubhouse/changing room area. One was the Food bar and the other the club shop. Both were similar in size, one painted green and the other red and black. The clubhouse was odd because they appeared to have random photo's of squads hung up. The final structure was the small main stand. Again an arena stand. Two sides were hard(soft) standing. The final end had a small terrace stuck behind the goal.

The game itself I can't really describe. A bit of everything seemed to go on. Kick off was delayed due to there being a hole in one of the nets. A failure to fix this meant that it was closer to 8 when the game finally kicked off. For the first twenty minutes we were wondering why either team had bothered turning up. I could probably play better football with a medicine ball. That was until the 29th minute when the first bit of ability was shown. Ashley Roberts whipped in a cross which Andrew White rose to head into the net to open the scoring. The first half was delayed by a long period when two visiting players were seriously injured. Firstly Lance Williams left the pitch, I'm not sure what for. Then Morgan Williams, we later found out that it was a nasty cut down to the bone. This challenge angered the visitors as a card wasn't issued. They also seemed angry at the ref for not being able to provide a stretcher there and then. In the end two ambulances were called. We were glad when the half time whistle came as we sought refuge in the clubhouse in order to warm ourselves up.

The second half provide a lot more in terms of footballing action. Ben Penfold scored the first of his goals in the 68th minute. Number 10 Michael Charles kept the ball on the wing before crossing the ball to Penfold. He was there to tap home past the rather poor Didcot goalie. He doubled his tally in the 76th goalie. A smart double save by the keeper from Michael Charles bounced out to Penfold who was following up the play, he did what was asked and headed the ball into the empty net. He completed his hat trick in the 82nd minute. The home side broke from their own half, three passes later the ball found Penfold who was on hand to tap the ball in to complete the scoring for the home team. The game finally finished coming up to 10pm. 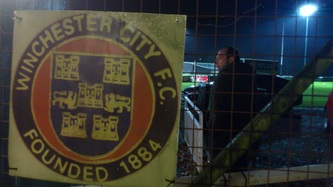 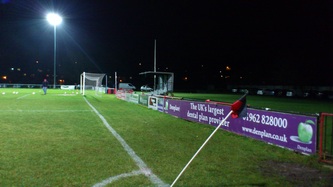 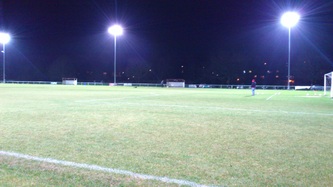 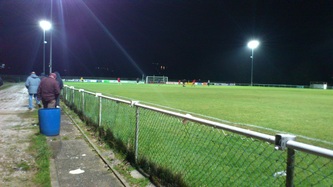 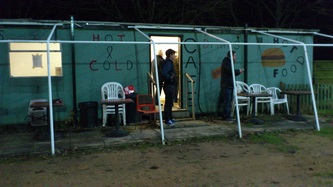 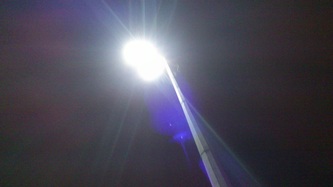 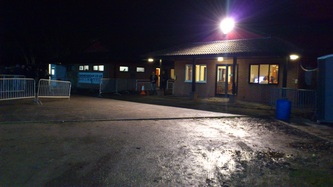 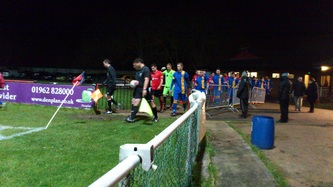 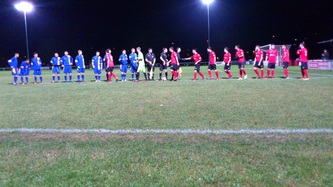 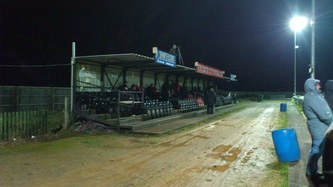 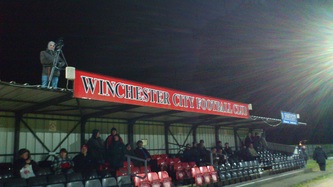 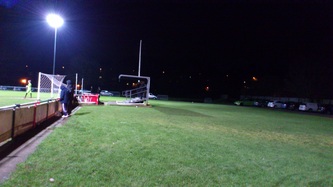 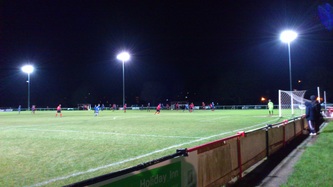 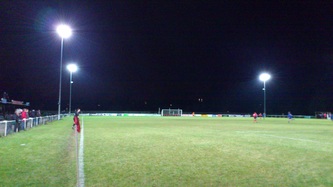 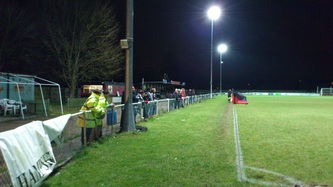