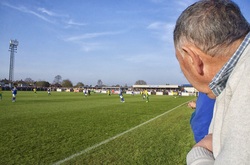 I am rather indecisive when it comes to football, as a couple of you have probably gathered by now. It took me until about an hour and a half before my train to decide where I'd be watching football from on this, quite frankly, gorgeous Saturday afternoon. In the end I decided I'd head to West Ruislip to watch this 1st v 2nd game in the Ryman Premier League. In truth, Wealdstone can only lose the title from this point being 10 points ahead of Dulwich with a couple of games in hand. The journey was simple, change at Ealing Broadway and get off at Ruislip gardens. Between the two I'd realised I had no money on my person, so I ended up walking between Ruislip Garden's and Ruislip in search of a cash point.

On the approach to the ground it was obvious this was to be a larger than expected ground, with the final announced attendance being very commendable. We'd visited this ground on a Monday a few years back, although there's been some improvements in that time. For starters, I don't remember the scoreboard perched on half way. At the end you enter is a new covered metal terrace, and next to the gun turret is some more cover I don't remember. This all adds to the cramped feel of the venue, and makes it a decent enough place to watch football in the sunshine.

The game was a very level affair. Wealdstone would go in at the break 2-0 up. The first a neat turn and finish, although you have to question the Dulwich defence to allow the player time and space. The second game on the stroke of half time, we've a well worked finish. Wealdstone were unlucky not to go further ahead with shots narrowly wide, and one bouncing off the crossbar. Instead, two shots from the best part of 25 yards would gain Dulwich a point. This sent their fans rather barmy (as expected) and was even greeted by a pink smoke bomb!

There's a likelihood that Aldershot could face both of these teams next year, and I can't complain with that (other than the fact it'd mean we'd have been relegated). Both have very likeable fans, who are friendly enough. 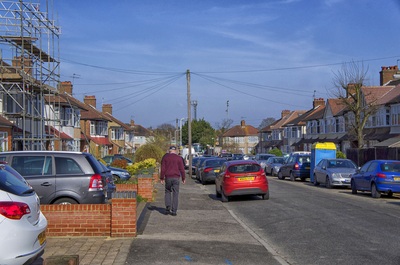 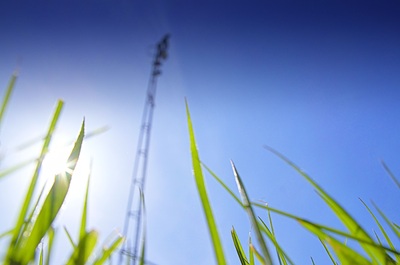 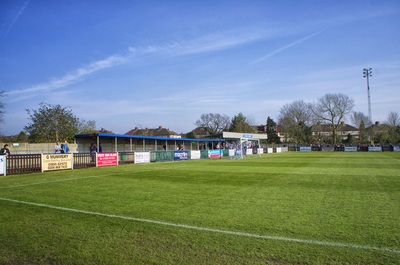 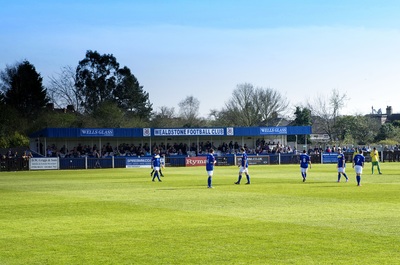 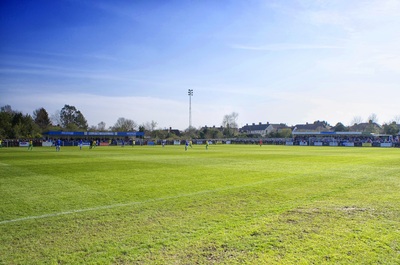 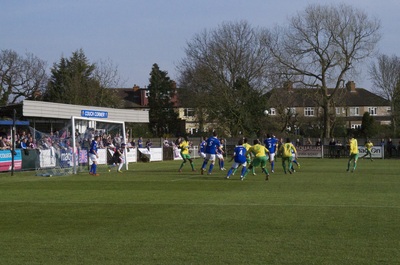 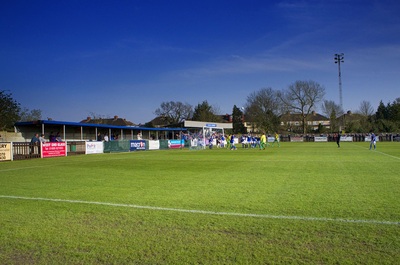 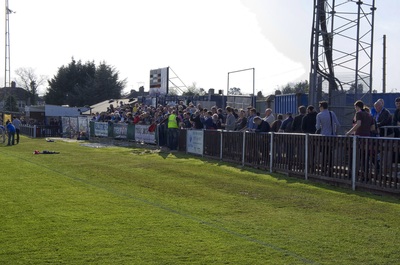 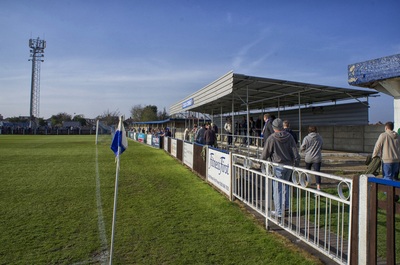 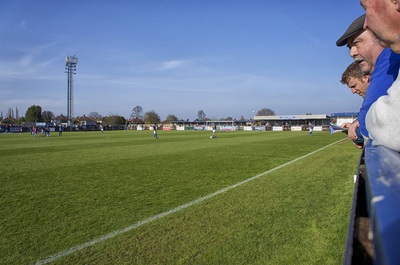 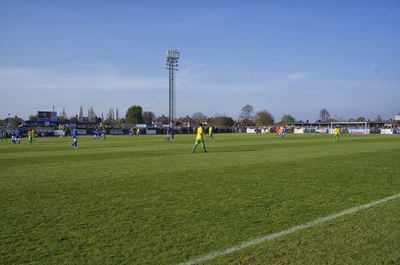 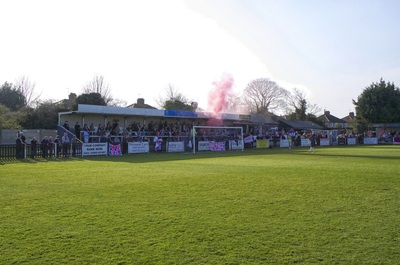 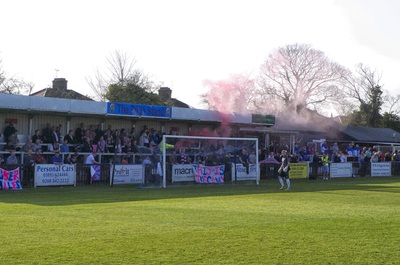 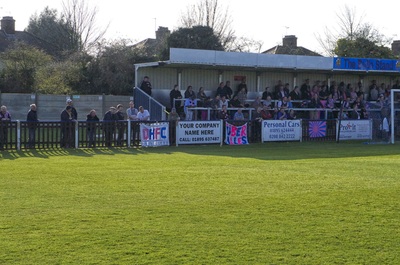 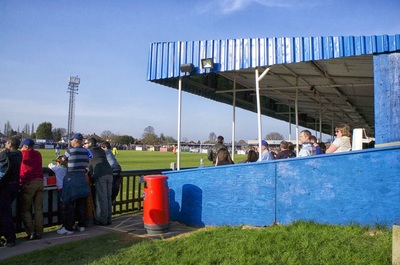 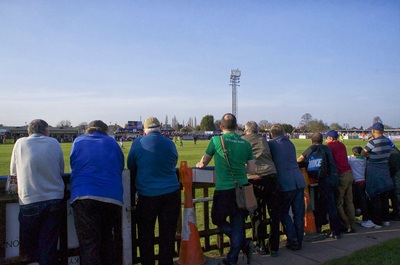 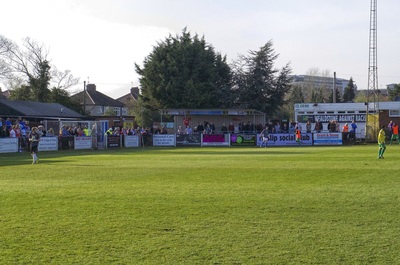 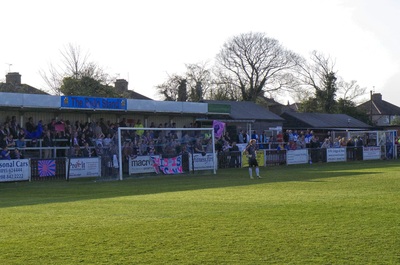 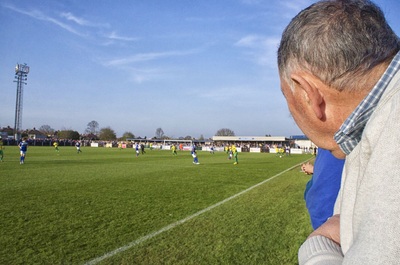