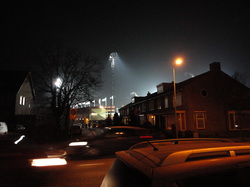 Volendam, with its old style houses, picturesque fishing port and traditionally dressed Dutch ladies is a tourist magnet for all those looking for the real Dutch 'clog and Edam cheese' experience.  Sadly, the ground is traditionally Dutch too. Four box stands raised from the pitch and dozens of pillars! They had a brief spell in the EreDivisie (we were shirt sponsors at the time) but with the budget tightly controlled (they are one of the most fiscally sound clubs in the country) relegation was almost inevitable. FC Volendam will always play second fiddle to the fame of the village and singing residents such as Jan Smit and Nick and Simon.
The long side opposite the main stand remains the only new stand built in the top two divisions during my time in Holland.
FC Volendam 0-1 Helmond Sports (4-3-11) 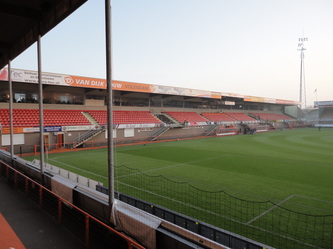 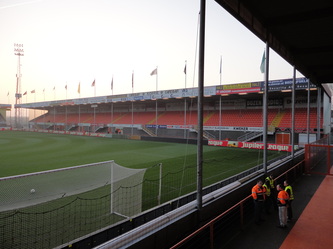 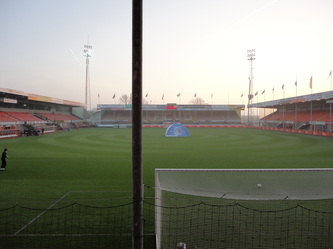 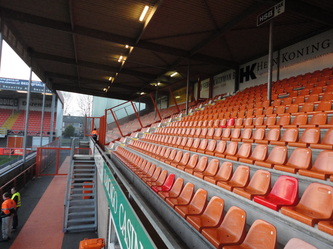 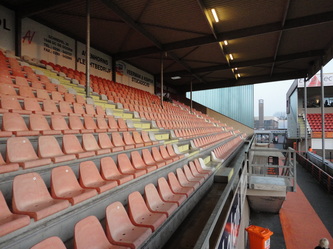 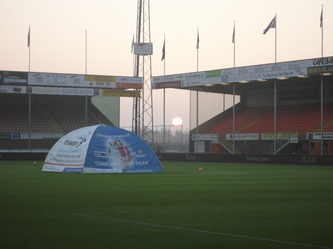 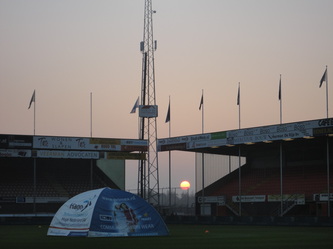 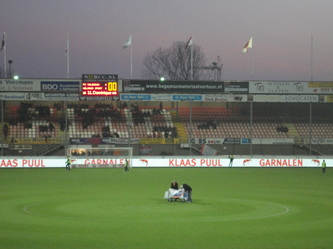 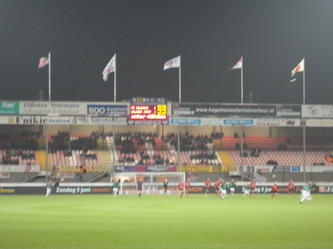 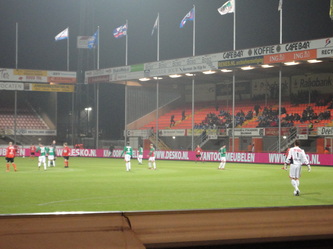 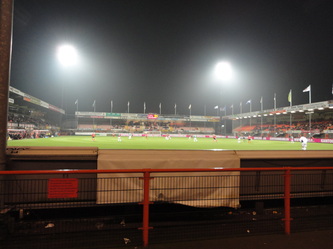 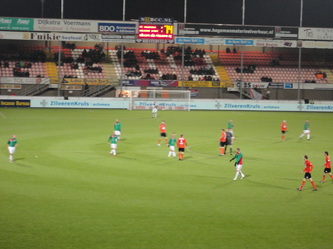 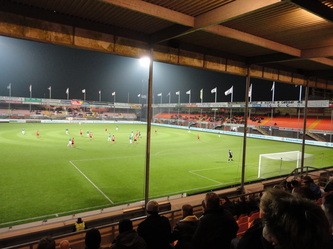 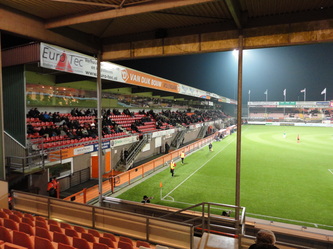 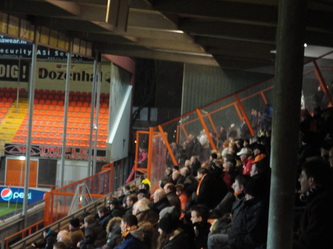 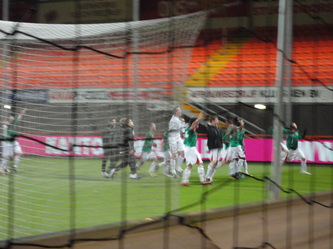 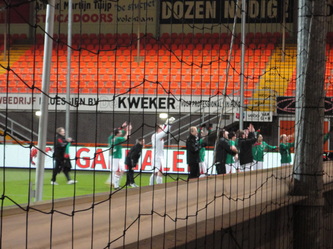 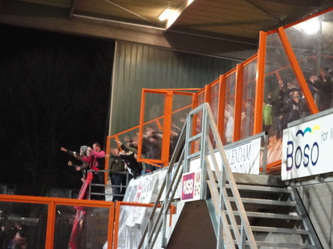 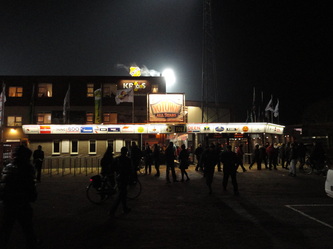 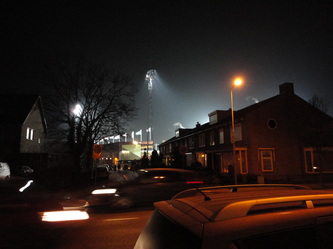