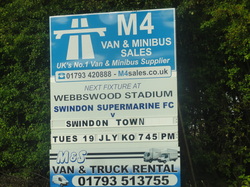 Swindon with a Q. 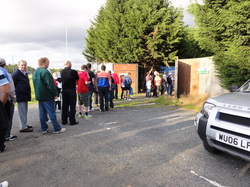 Last night we took in the local derby between supermarine and Town. We left early with the M4 being clear we got to the road leading up to the ground in good time (in the nearby south marston) but then had to que for 20 minutes in the lead up to the car park before deciding we would park on the verge.

I then got confused as there are two sets of floodlights in the complex the ground is set in and started heading towards the larger set. I was wrong. So went to what looked like the normal turnstiles used only for the steward to direct us towards the other end. Due to the already large que. We then had to que another 15 minutes before getting to the front. There was only the one turnstile and the que went back to the car park. It was only when we were at the front did the good people of Supermarine decide they needed to open the other two turnstiles available. We entered the ground behind one goal. The ground is of a non-league size with a small covered terrace in the middle of one end and another small terrace (as found at so many non-league grounds) along the side. On the back row of this was a small row of seats. I'm sure they were fine for the biggest attendance of 380 last season but I'll take a guess and say they weren't so today. The opposite end was a path (where we would stand) and the opposite side is two stands with red and white seating and the club house.

Upon taking our places for the match we got chatting to some locals, still wondering why there was such a high attendance (we knew about the Di Canio factor!) but it was the robins first game in England. The ground was empty may I add, it filled up by the start. The first half Swindon looked good and took a 2-0 lead at half time. Me  and matt then went to get something to eat and drink. We knew we would have to que but we didn't imagine missing the whole second half! The que was that long and when we got to the front the till broke! Only this morning did I realise I had missed two goals!

All in all I'm glad we went as I'm sure it's a good place to visit in the league. Just don't visit when it is expected to be busy! Written by Daniel 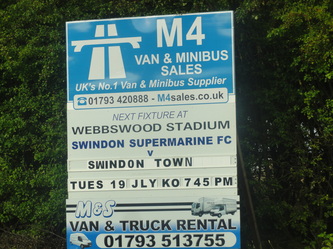 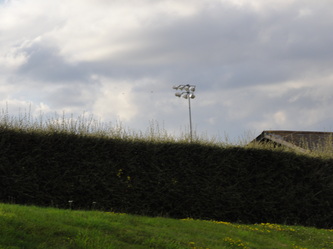 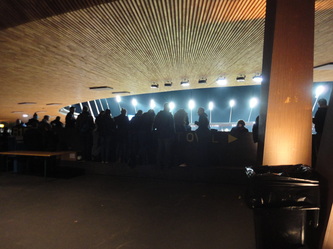 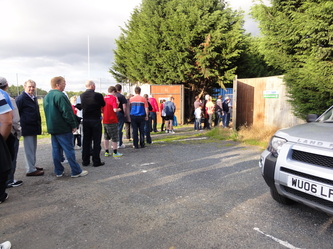 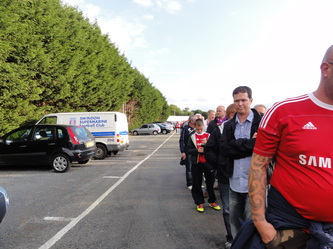 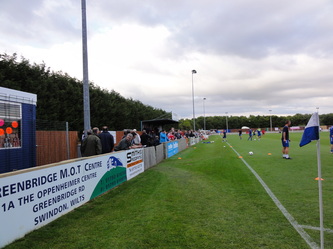 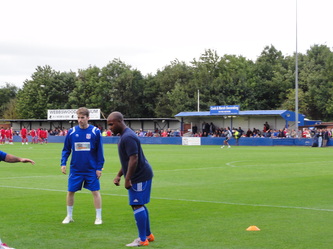 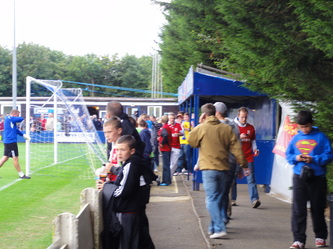 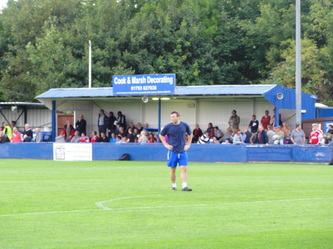 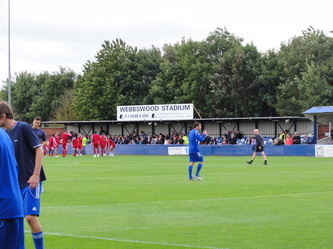 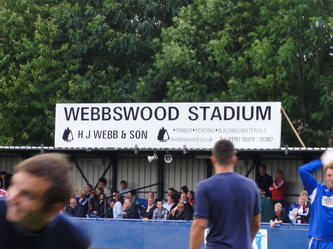 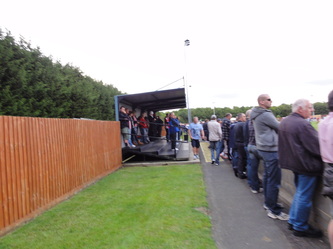 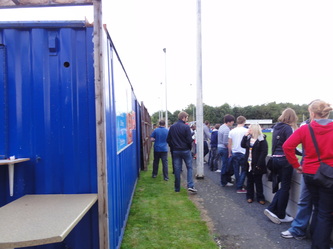 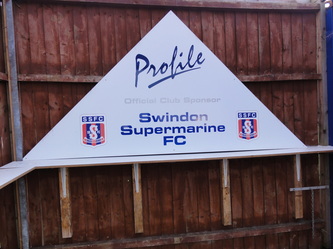 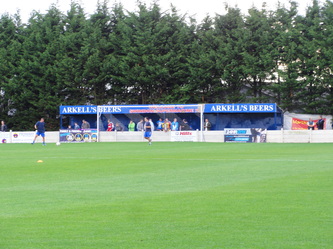 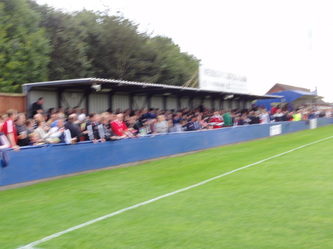 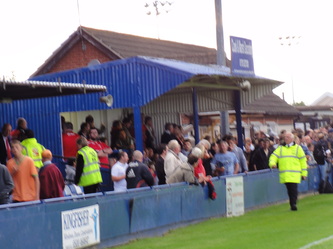 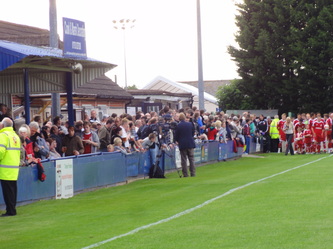 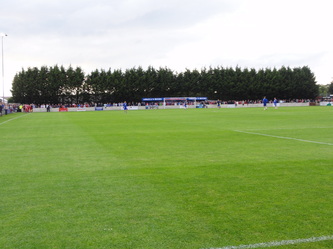 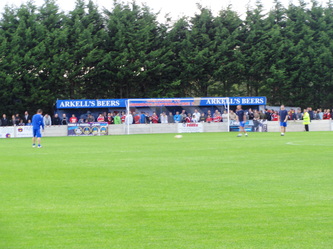 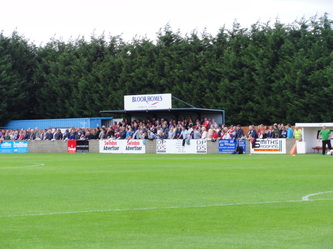 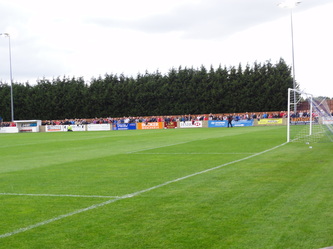 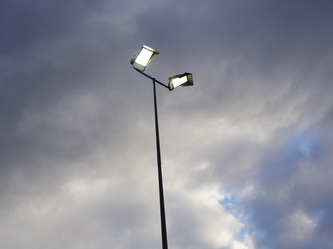 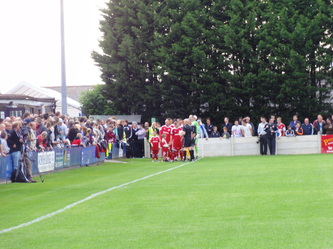 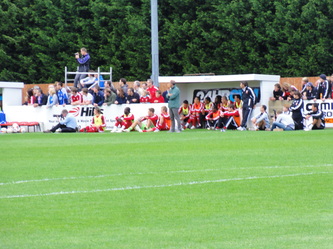 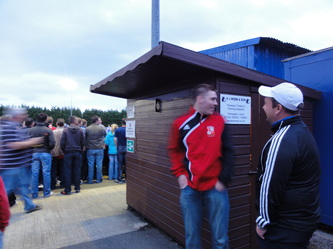 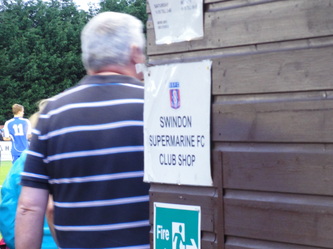