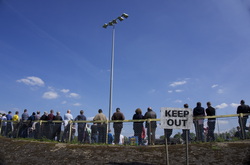 112 games on since I wrote about The Oval, all those months ago, it's time for me to close off the season. My original intentions had been to watch a Play-off final on Bank Holiday Monday, but Chesham is more hassle than it's worth to get to and Lowestoft is simply too far. With that in mind I wanted to go out with a *bang* so to speak. Sutton is another one of those grounds that I'd been hoping to get back to, more so when it was announced the ground would be reconfigured at the end of the season. The perfect opportunity arose on this warm spring day, with 'The U's' hosting Sutton in the Second leg of a play-off semi-Final. The score from the original leg 1-1.

Getting to the ground could've been so much easier, but delays meant I missed my connections. Luckily I'd allowed myself an hour as I wanted to get some photo's of the ground empty, anticipating a larger than normal crowd. Getting on the train from Wimbledon to West Sutton it became obvious Dover would be backed well in terms of numbers and vocality. West Sutton station is literally a two minute walk from the ground with que's for the turnstile stretching back to near enough the station entrance. Unfortunately I had no money on me, with cashpoints broken at both Wokingham and Weybridge. As such I took a bit of a tour of Sutton before finding a Londis that did cash back.

The Borough Sports Ground, as it's properly known, is another of the cliched 'proper London grounds.' Opened in 1912, it has a capacity of just over 8,000. At one end is a small covered terrace. This is perched rather awkwardly between the two terraces sweeping the corners, although this is due to the running track previously on the site ripped out and stands bought closer to the pitch. To the right is the main stand, set back due to a walk way. Covered and all seated it has a capacity of 765. To enter you have to pay a £1 transfer fee on top of the regular admission price. The opposite end will be removed in the close-season and will mimic the opposite covered terrace. This is to bring spectators closer to the pitch. The final side is another covered terrace, with 8 or so steps.

The game was worth the admission price, particularly for a neutral like myself. After just 2 minutes Dover were down to 10 men, when Craig Stone received a straight red for a lunging tackle as the last man. It appeared that it would be backs to the wall for the visitors, particularly when the resultant free kick-kick bounced off the post. By all accounts are lucky to even be playing play-off football. Alas, that wasn't the case, as for the next 88 minutes the hosts put in what can only be described as a lacklustre performance. The best chance of the half fell to the visitors, but they couldn't get the all important touch as the ball rattled around the 5 yard box.

The second half was the 'complete' away performance. After 57 minuted Ricky Modeste sent the visiting fans into raptures. It was to be that man again who'd double their lead, in the 77th minute. Moses Ademola had been clear on goal, but the keeper managed to parry the shot. Unfortunately for him it was straight to the feet of Modeste who side-stepped and placed the ball in the net. If the scoreline wasn't assuring enough, two minutes later Ademola made it three after a waltzing run. It was easy to sympathise with the Sutton fan's displeasure at the end of the game, as they all but rolled over to Dover. Not that the fans of Dover (who were fairly loud throughout) cared as they set up an All-Kent derby against Ebbsfleet in the final.

As for myself, this is it until July at the earliest, in all likeliness. Despite what I jokingly say, football/sport isn't everything, and other things begin to take priority. I'd just like to thank everyone that has given these blogs a read over the season and have given the kind feedback that makes it all worth it. No doubt Phil will be doing more games as we stretch into the rest of May and June, so do keep checking back! 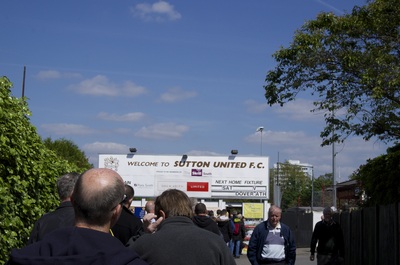 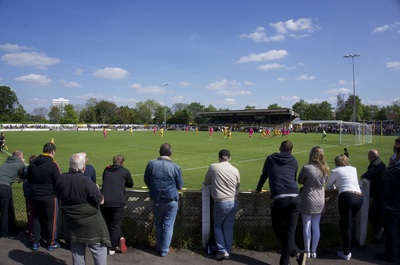 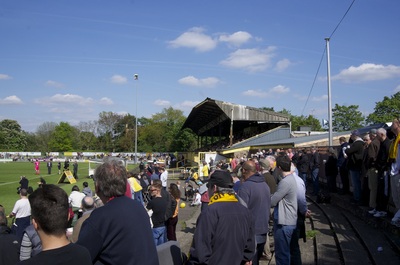 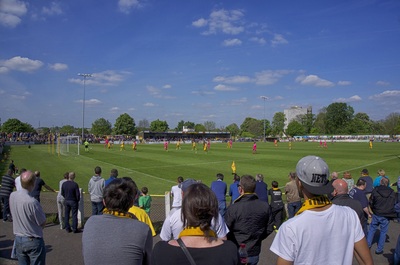 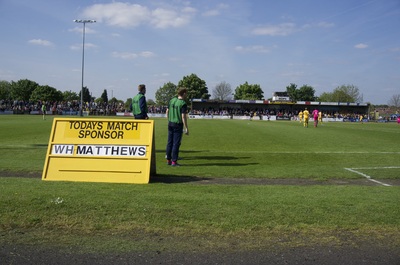 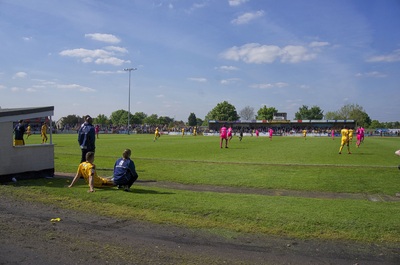 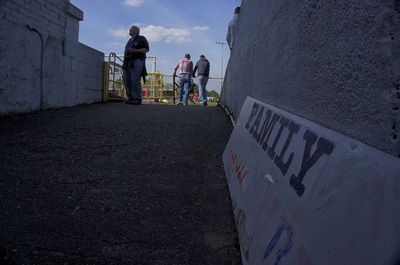 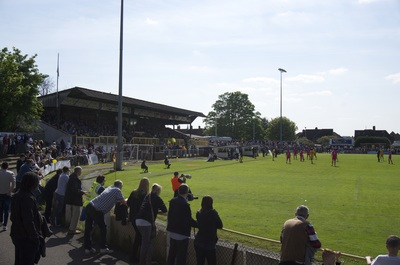 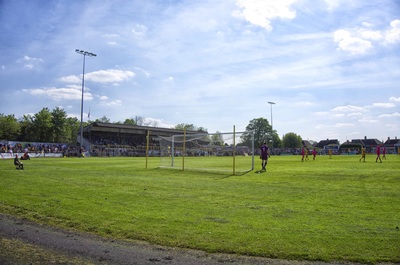 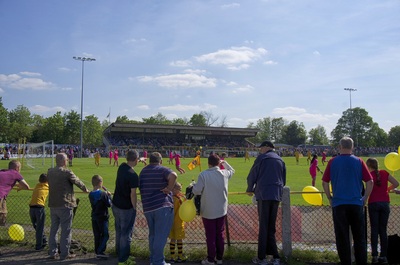 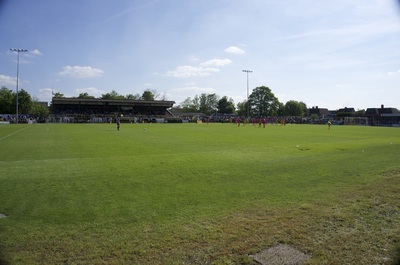 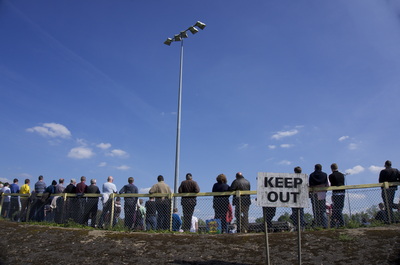 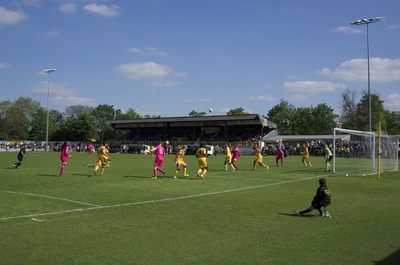 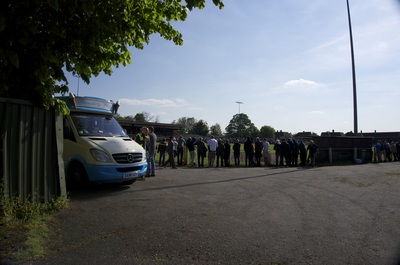 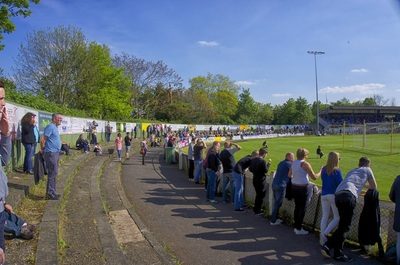 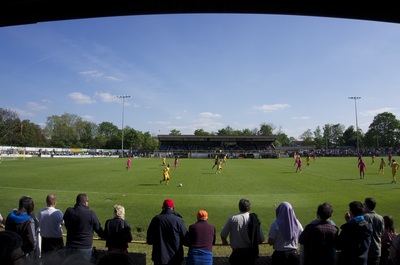 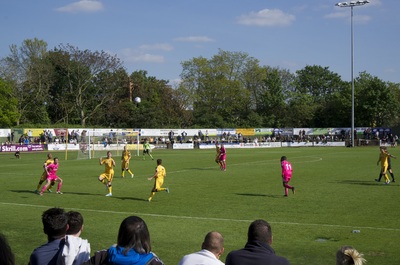 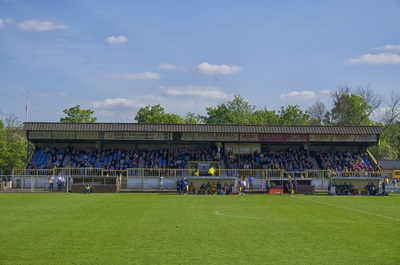 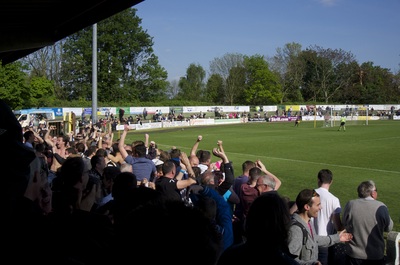 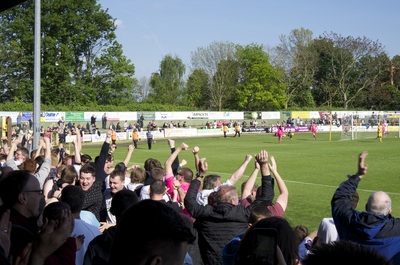