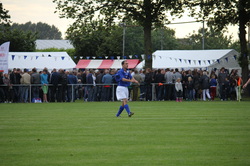 Number 9 for the home team played 10 mins then was substituted. His career was over due to a prior knee injury and, to be honest, he didn't look that old. I don't know if 10 minutes against a NAC reserve team was the highlight of his career, but somehow, when an amateur player is forced from the game it always seems much worse than a pro. After all, aren't all amateur players supposed to bow out gracefully when they know they have had enough?
Anyway, he got one last hurrah, handshakes all round and a standing ovation from the enthusiastic crowd.
His old colleagues put on a decent showing, keeping the score respectable till the final quarter.
The ground is, well, Dutch amateur. 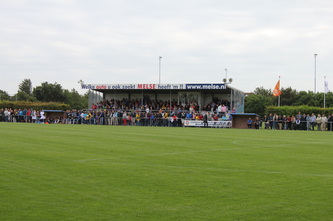 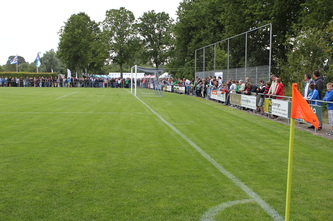 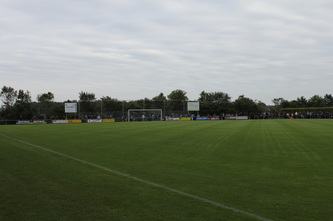 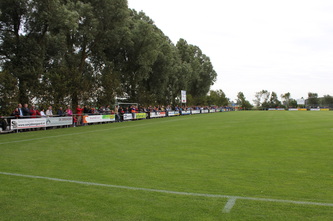 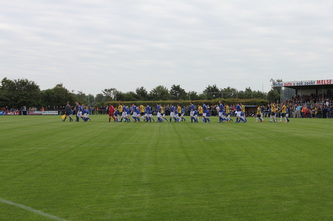 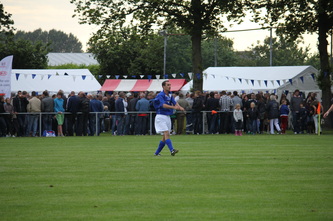 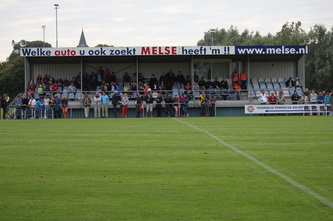 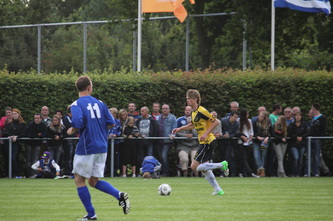 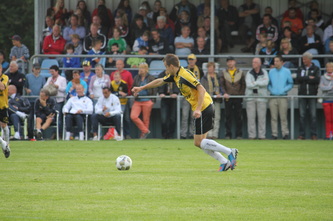 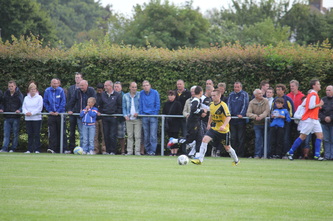 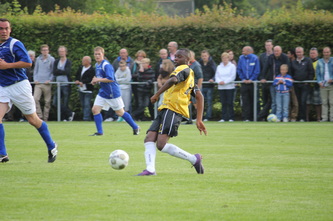 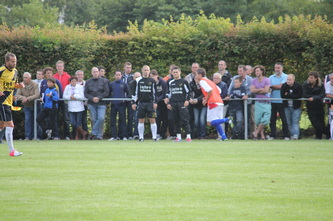 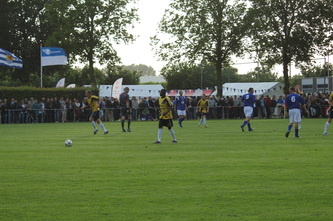 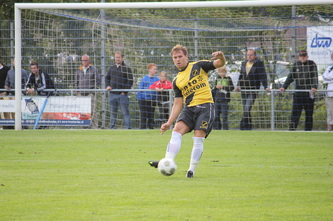 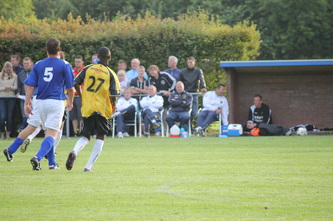 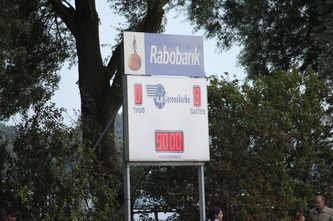 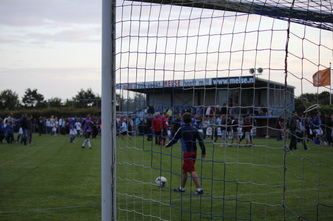 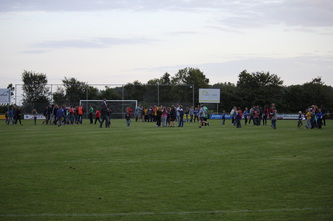