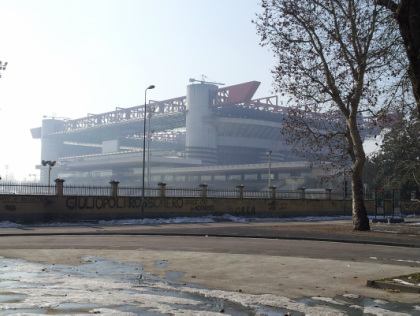 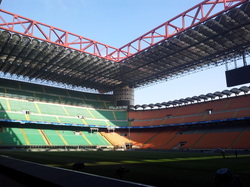 Second stop on the tour although no game seen here as we arrived the day before AC played Arsenal.  San Siro is the second biggest ground I have visited behind (old) Wembley and despite its size you do actually have to be quite close to it on the walk from the station until you actually see it!  It is a hugely impressive sight and to look at it from the outside and from where we toured you simply are in awe of it.  It helped being a bright, sunny day though I am sure.  A few of the glimpses of the inside (pre tour) showed you its age in places but then it was built back in 1926 with the second and third tiers being added in 1930's and 1950's respectively.  It really does feel like an old lady you see in town, dripping in furs and wealth a plenty and clearly from 'old money' but actually has very little spending money.  San Siro is a bit like that.  It cannot host big games (due to the pitch size) so will always miss out on finals and semi finals in anythine FIFA or UEFA related.  It is rarely anywhere near full nowadays.  Actually getting to it on a non matchday is quite pleasant - it has one metro station and then a walk but I imagine on matchdays it is a nightmare.  We were told they are building a new line and transport network to get people to and from the ground quicker.....but the authorities have run out of money.  Just about sums it up.

You will notice in one picture that there is a covered tunnel to the middle of the ground.  This is so the players can leave the changing rooms, walk under cover and come out from under the ground in the middle of the pitch.  Nothing unusual in that you might ask, until you realise why it was built.  It was built following one particular Milan derby where the players used to come out of the bottom left corner...near the Inter fans...who proceeded to throw all sorts of objects, mainly fruit for some reason! at the AC players.  After that it was decided the was too much risk from crowd trouble so the tunnel was built.  And they say English fans are the scurge of European football!

One final fact...I always wondered why the 3rd tier did not go all the way round.  Basically on the side where there are only two tiers is a hippodrome design by Leonardo Di Vinci.  To add the third tier requires two (or three) of the huge cynlindrical towers that the San Siro is famous for and they do not have the space to do that without demolising the race track.  That and the fact they probably would not have the money!! 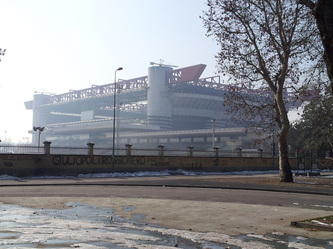 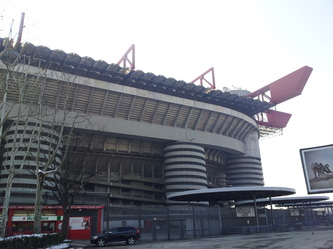 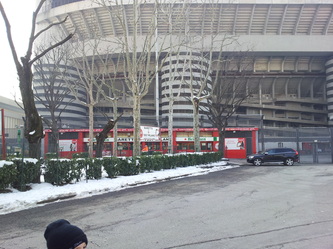 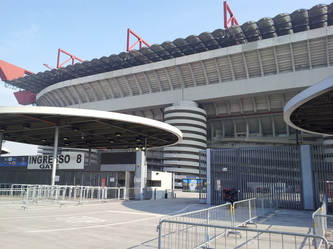 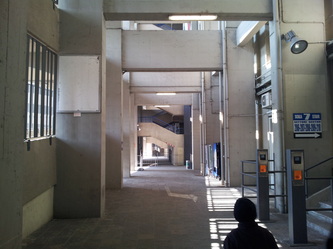 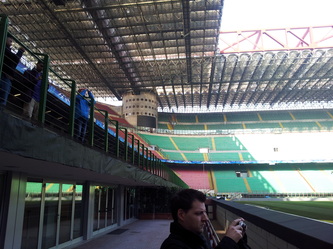 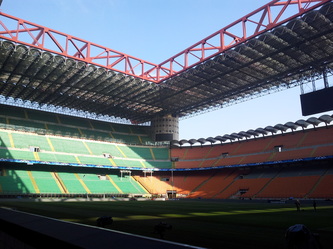 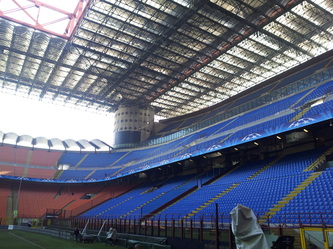 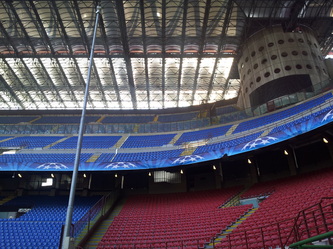 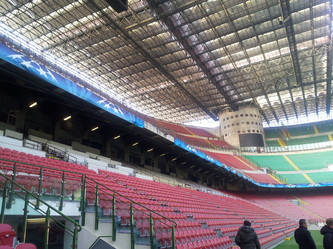 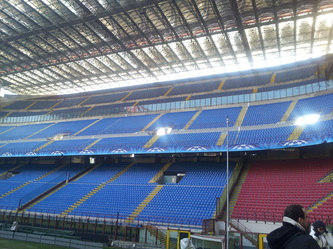 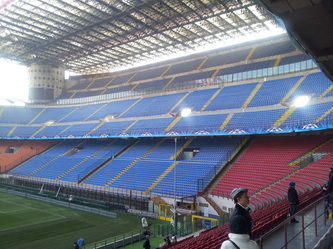 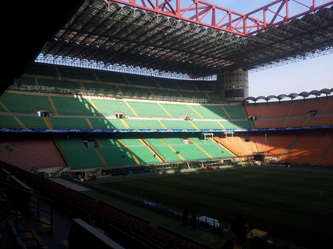 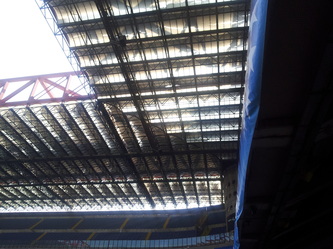 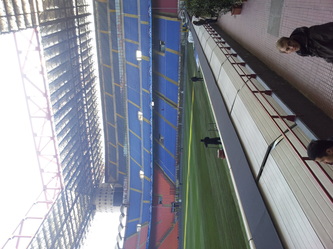 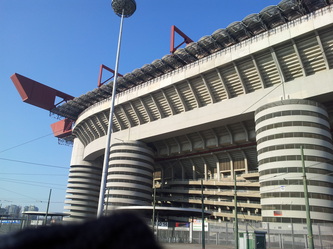 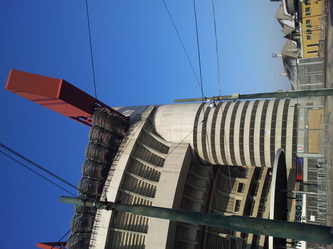