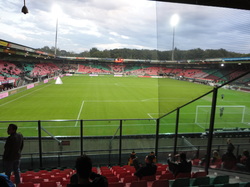 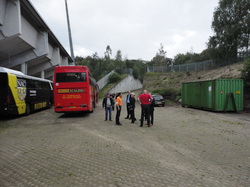 Yes, I know, a little unfair, but it did look a bit like that at the final whistle! Fair play, a battling performance and a welcome win (at last) for NAC.
Stadium is fairly dull. All the normal Dutch features you associated with small stadiums (capacity 12,500) build recently. Very nice location, but the limitations of the access meant the dreaded bus combi (and by definition poor away turnout).
Only point of note was the oval banks behind the away end that mark out where the old stadium terraces once stood.
Oh, and as I experienced on my previous visit (Dutch cup in 2003) NEC and NAC have more than just their three letter name in common as this ground is notoriously difficult to get into. To be honest, if you are struggling to get tickets, then try somewhere else as it really isn't worth it.
Featured Game NEC 1-2 NAC (16-09-11) 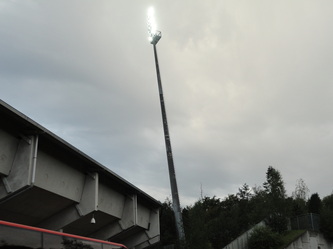 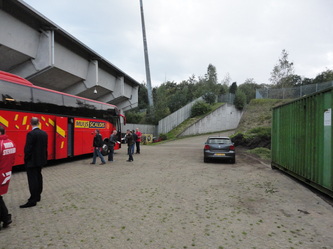 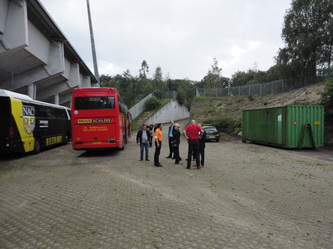 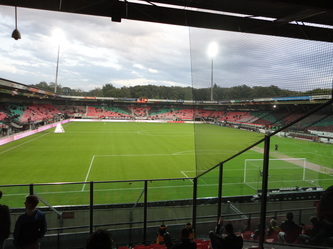 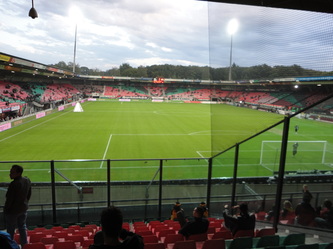 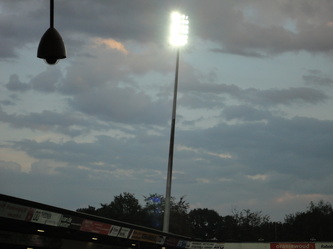 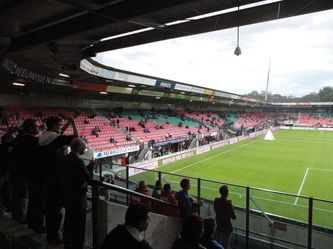 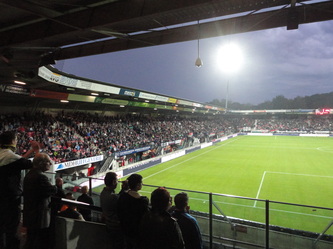 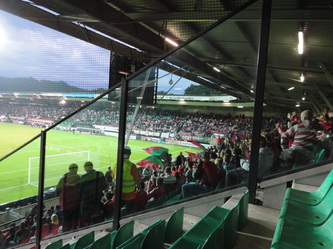 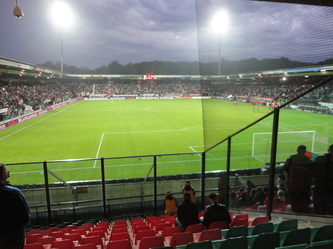 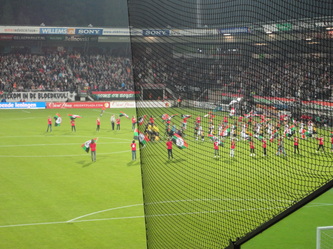 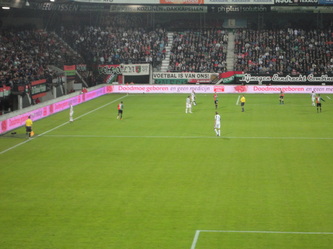 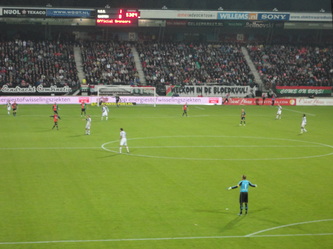 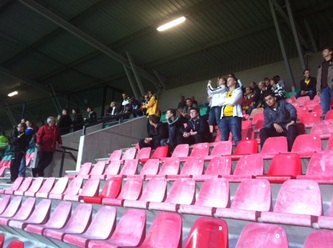 To be honest, the home end isn't any better than the away end. Without the benefit of bus-combi I also realised how difficult it is to park there! Match point....fair play Scotland, played very well. Not so fair play Dutch coach, why did it take 87 mins to get Alex Schalk on??? 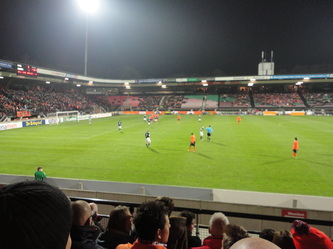 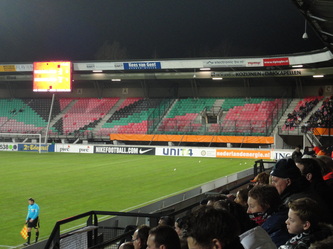 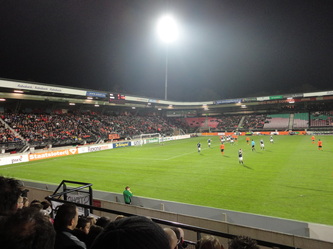 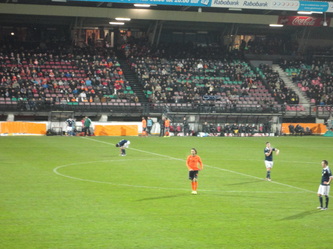 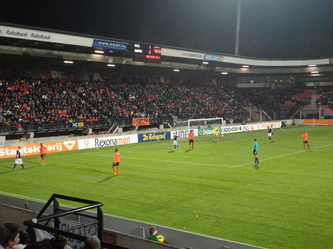 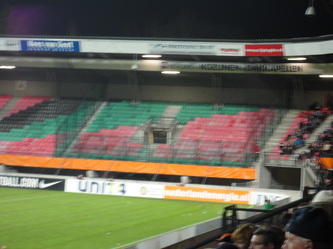 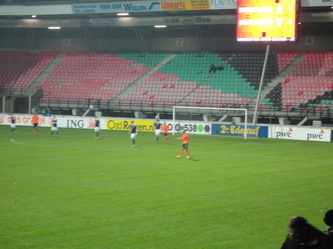 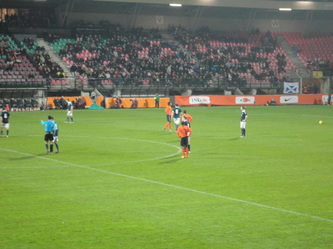 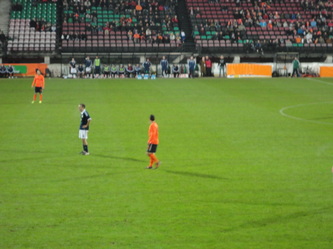 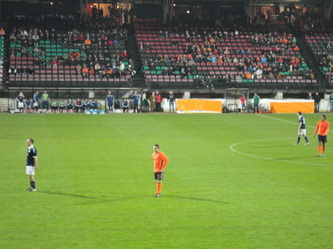 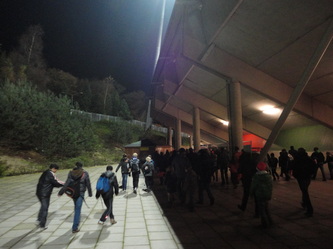 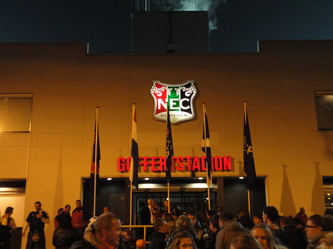