It's a cruel game 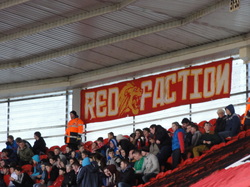 For the first time in the clubs short 20 year history we had made the 4th round. The previous round had seen us demolish Rotherham United 3-1, with Danny Hylton gaining a Hat-trick (and being sent-off), the day after we sat in Leigh waiting in anticipation. In truth we were disappointed, it wasn't a big team/a local derby but it could've been a lot worse. Within no time we had made travel arrangements to see, we hoped, history be made. Setting off at an ungodly hour on the Saturday we sped up the motorway at 62 mph exactly. Now, you may ask how I know this, but in truth it is quite simple. The minibus couldn't go any faster. At about 1pm we arrived on Teesside, after killing sometime in the wonderful bar named "Doc Browns" we returned to the ground.

It was fairly obvious the Middlesbrough were unprepared for the invading Red and Blue army, with the segregation having to be moved across another block. It has been mentioned that the original allocation was set as only 720, a bit smaller than the official away attendance of 797. It was rather humorous watching the stewards signalling to the surveillance room as to how far was enough. In truth they could've moved us a bit further, or opened the front. It also appeared that the locals weren't turning up for the game. The Riverside stadium replaced Ayresome Park in 1995 at a cost of £16 million with a capacity of just shy of 35,000. In its current state it features 3 sides sweeping round, as is common in many "bowls". The roof then steps up on the final, main side, to join a two tiered stand. This is split in the middle by a single row of executive boxes. Outside the ground was something that caught my interest a bit more. Positioned in front of the new entrance are the old gates from Ayersome park, famously locked when they went into liquidation.

Whilst the atmosphere wasn't as good as the Millwall game, it was still fairly decent, particularly from the away end. The majority of the noise that came from the home support was focused on the corner to the right of us. Their group is known as "Red Faction." What made a change were nearly all their songs were favourites of mine from the continent. The shame was that about 10 minutes to the end Stewards came in resulting in a small fight to break out amongst a couple at the front. In a moment of solidarity the majority of the block walked out. I have no idea how it started and why (or who the responsible party are), but it was nice seeing supporters sticking together.

In terms of the game, I felt like giving up on football by the end. The first 80 minutes was a total non-event. I think it would be fair to say that Boro had the majority of the play/chances. The most entertaining part up until that point was when the ball clearly went out for a corner but the referee gave a goal kick, until the Linesman signalled otherwise. The game sprung into life in the 83rd minute when the ball finally hit the back of the net. Jutkiewicz rose highest to a cross and headed it past the rather static Jamie Young in the Aldershot goal. I have to be honest, I thought that it would be game over, but then appeared Mr Aldershot to save the day. Peter Vincenti won the ball just past half way. The ball ran onto Danny Rose who played an exquisite cross field pass into the feet of Danny Hylton. He was calm and in the 88th minute slotted the ball in sending the away end mental. When I say mental, I mean every aspect of the word. I've never seen Aldershot fans go as wild, at least since Exeter the day we got promoted back to the Football League. Most thought that was it, we were heading for a replay, but there was still another chapter. With Seconds left to play we won a corner. Against most logic the ball was played short (rather than going for it) and whilst shielding the ball we somehow gave away a foul (It wasn't). Within no time the Juke had his second goal of the game. On the angle he played the ball off the post and sent Boro through. The goal was timed at 95:59. For the first time in the match the away end fell silent.

Football is a very, very cruel game. Even sat writing this now I'm not sure how we're not in the 5th round draw.  Despite the score it was a top day out, but it's one of those moments that you have to look back on and go "what if." But for now it's time to focus on staying in the Football League, starting at Exeter next week.

Footnote...The Red Faction recently released this statement on the incident at the game http://www.weshallovercome.proboards.com/index.cgi?board=general&action=display&thread=4274
It is not our place to comment on who was or was not the cause of this as we were some distance away, that is for the officials and supporters involved. We simply report what we see. However, we would like to restate the view above that we fully support non violent solidarity where it is believed that there has been an injustice, and, for once, it was nice to see fans sticking together. If there was more of this in the English game then perhaps the fans may have a chance of reclaiming their game. 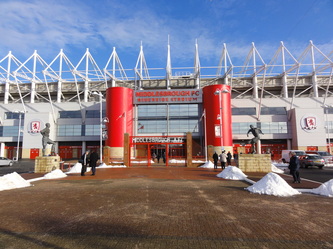 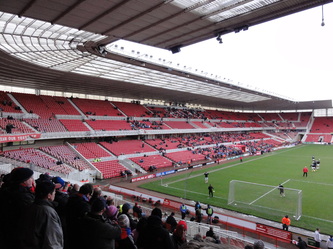 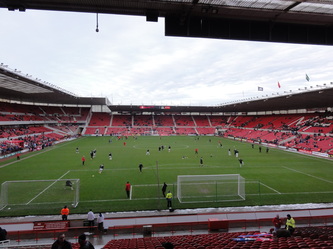 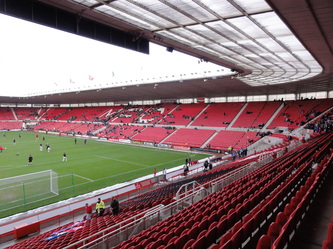 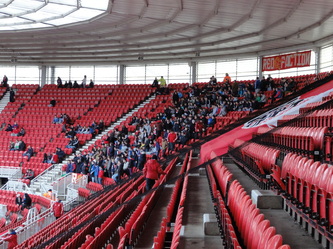 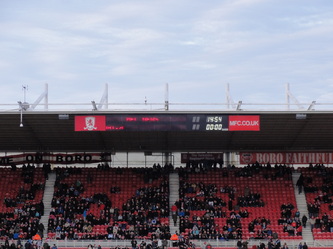 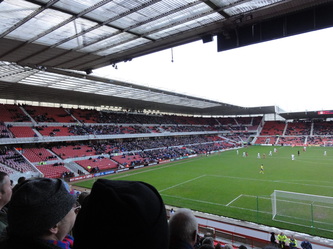 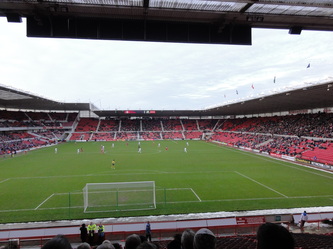 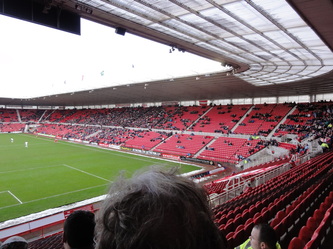 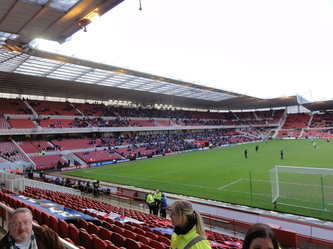 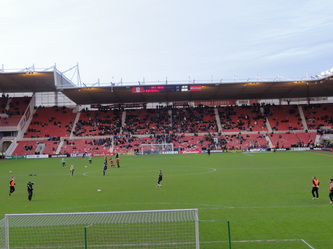 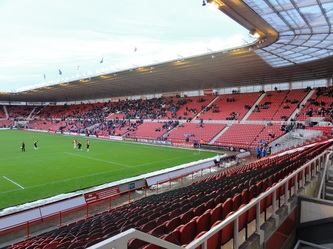 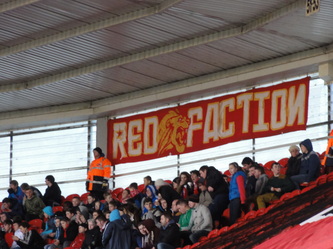 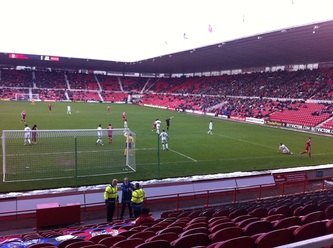 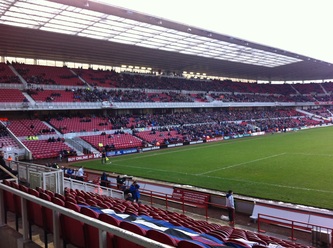 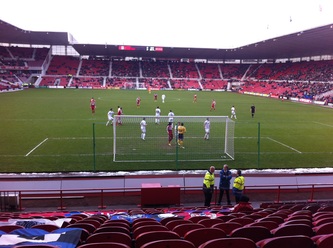 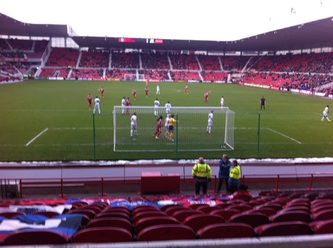