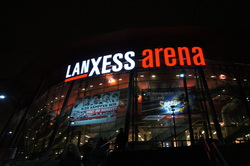 You have to give the germans credit. Every game we have seen has been continual support and noise. So with the winter break in action we decided to sample what the DEL is all about. Our first game was to be this one in cologne against nearby Krefeld. The laxness arena is an 18,500 capacity multi-sport arena (rising to 20,000 for concerts). Upon further research I am led to believe that this is the second largest arena in Europe. Behind either goal are terraces occupying the lower tier. Three sides are two tired and sweep down on either side towards the final end. This is a smaller top tier and the whole rink has tier tiers of executive boxes surrounding it.

Prior to the teams entering the ice the club anthem was played over the speakers. This was greeted with many fans lighting sparklers creating a really cool effect. Health and Safety in the UK would have a heart attack if it happened in a rink (or ground) over here. Cologne came out through a giants shark head while Krefeld came out to a large round of Boo's from the home fans. There were about 300 away fans situated in one corner of the top tier. The atmosphere was average (by football standards) from this point on. When cologne scored their 5th the rink really boomed. Either terrace started chanting at each other and the noise was very good. We were really surprised by this as in england a good atmosphere is a drum and people clapping!

The game was really good. The standard was very high. However, will both teams learn that spreading the play on a power play creates space! this leads to more room for shots believe it or not. When cologne finally did this they scored (after being one goal down)

Overall I'm really happy we went and sampled german hockey as it will be disappointing to return to english games after sampling this. Next stop was Mannheim. 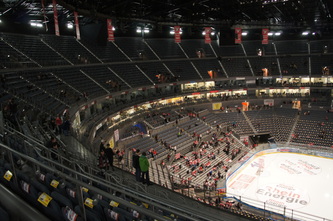 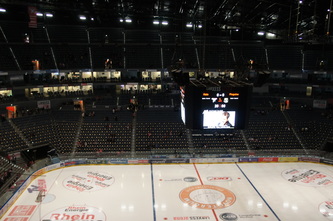 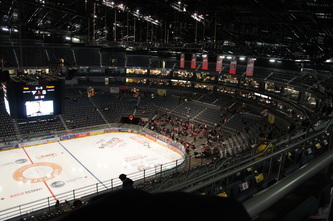 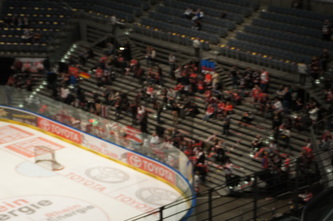 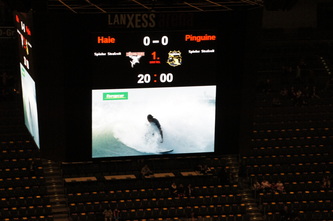 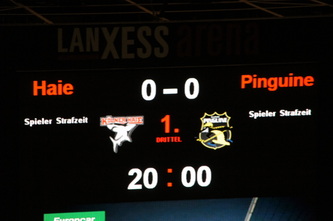 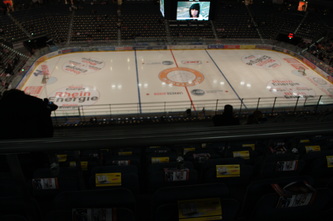 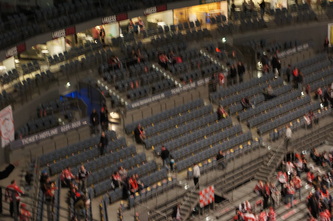 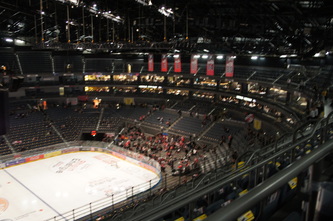 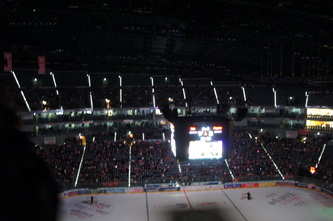 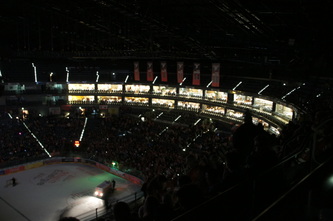 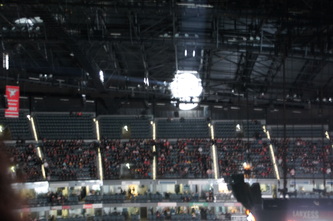 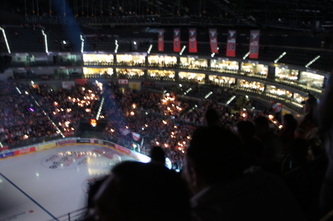 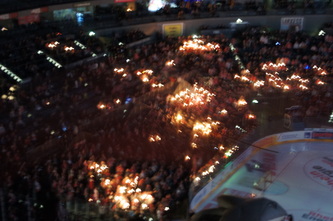 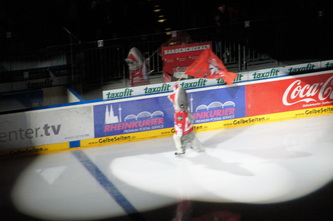 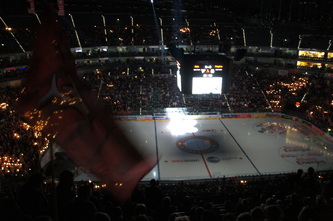 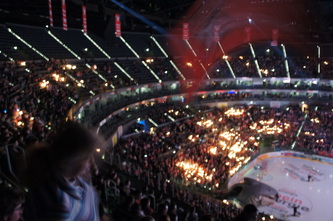 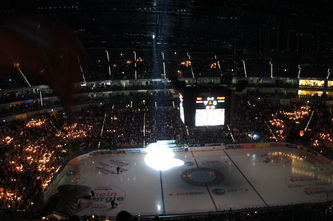 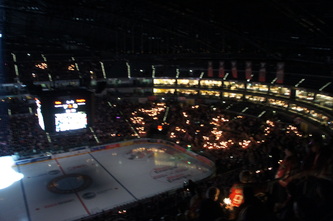 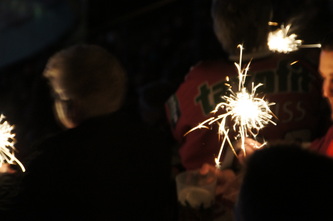 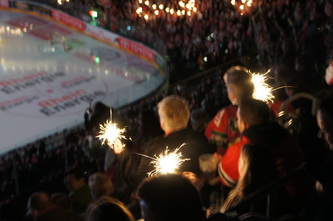 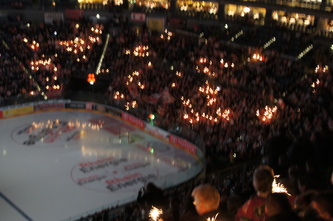 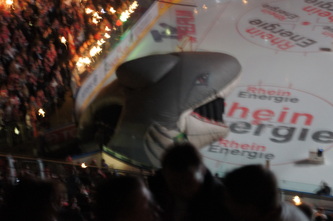 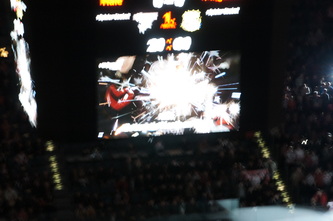 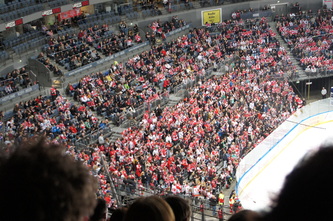 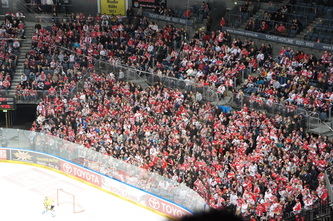 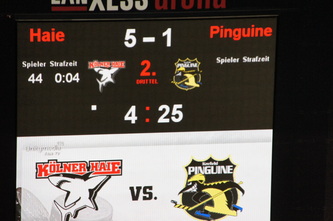 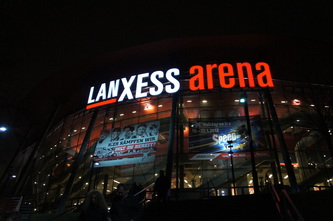