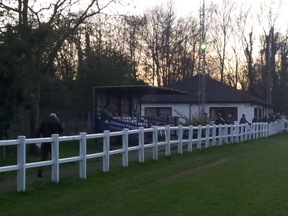 You're not really posh 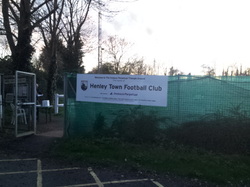 With my trusty Midweek groundhopping sidekick still enjoying the delights of football fields in Devon and Cornwall, it was left to me to maintain our (rapidly becoming regular) midweek attendance at a Hellenic League ground.  This time it was another new one, very poshly called The Invesco Perpetual Triangle.  Henley has always struck me as a posh place.  As you come over the river you see wonderful houses, impressive pubs and shop fronts and a mass of rowing clubhouses and river paths.  I had high hopes despite the only picture of the ground on the website being a white building which I assumed was the clubhouse.  Henley, alas, is not a football hot bed.  Any money in the town is clearly spent on the rowing clubs and at Starbucks.  The football ground is tucked down a single lane towards the river and can only be reached across a 'weak bridge' where only one car is allowed on it at a time.  You cannot even see the floodlights until you are right beside it.

I had been meaning to come to Henley for a while.  One to cross off the ground and two to get a glimpse at their manager (Dave Tuttle) who for 3 years was my footballing nemesis.  Back through under 9s to under 11s we battled for top league scorer each season, we then pitted out skills against each other at both district and country trials as I flew the Reeves Rockets badge versus his Wokingham Town.  He still had hair but (despite 3 goals on the night) his team cannot shoot for toffee!  Not the Dave Tuttle I remember.  Anyway, the ground.  Nothing inspiring if I am honest.  The fence round the ground is plastic so whereas it looks great you are never quite sure if it is going to stay upright when it creaks and moves as you lean on it.  In keeping with the plastic theme the clubhouse had numerous Reading FC memorabilia and all the home fans were clearly fans of the plastic Blue and White outfit.  Could this night get worse!  Well yes actually.  As seems to be a recurring theme at this level you are not allowed along all four sides (the dugout side being the one no go at Henley) and the website does not lie.  The white building is the only feature of the ground and it is pretty uninspiring at that.  There is a tiny metal stand sort of just left along one side as well.  Ok that's it isn't it?  No!  The clubhouse has a huge screen that then had the Ceefax page projected onto it all night following the Reading score. To finish it all off, they do not sell Bovril!  The only redeeming feature of this ground is that it is in a lovely setting with hills around and on a spring evening or sunny day at least you can look outside the ground at something nice.

I am probably a bit (negatively) biased as this was such a Reading stronghold.  Pretty much everything said by any of the Henley fans just wound me up.  Without my sidekick, it was back to the early days of the season when I seem to end up next to the utter numpty.  Seriously, next time I am going to take a tape recorded and play it back to them afterwards just to see if they realise the utter rubbish they shout during the game.  I had no preference on who won at the start but after about 5 minutes I found myself actually clapping and cheering for the Saracens.

So that brings me to the best part of the evening and the one part that made my trip an enjoyable one.  Cheltenham Saracens won and won with ease.  Henley only got the goals they did as they had to replace the goalkeeper as he went to play out on pitch following an injury to an outfield player.  Cheltenham were pacy, skilful and quite frankly if they had come away with a 10 goal win there would have been no complaints.  Well apart from the numpty next to me!

In all seriousness, there are better grounds to go to in this league.  Nothing particularly wrong with it just lacked a certain something. And Reading won :-( 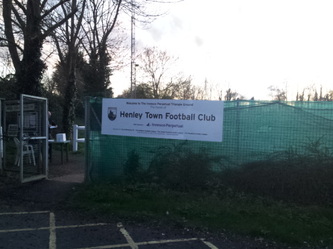 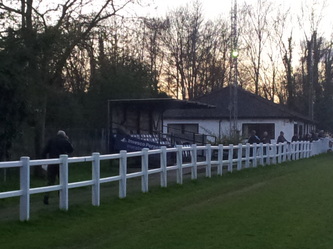 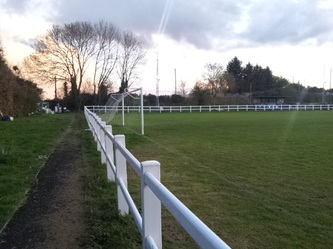 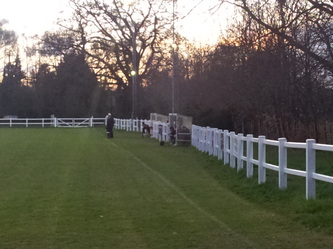 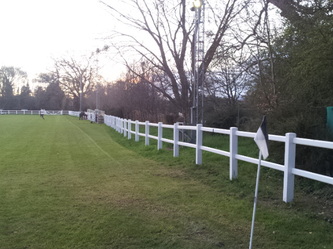 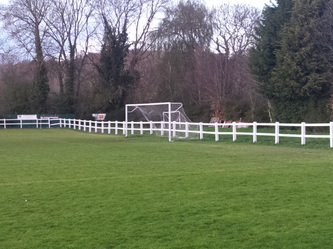 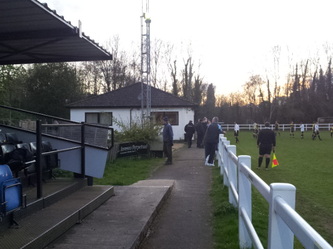 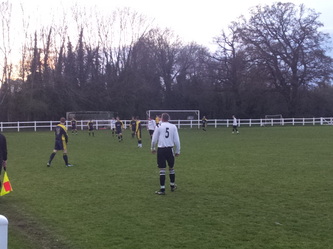 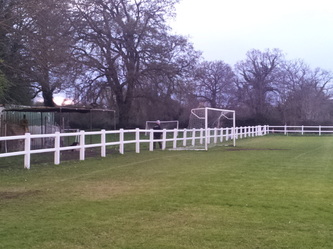 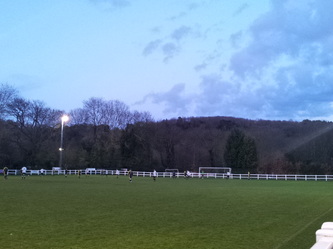 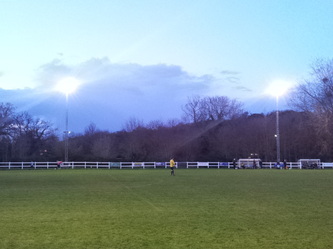 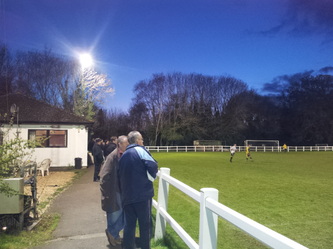