Appealing to the hoppers. 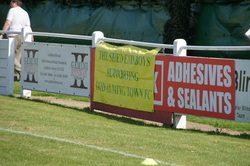 On a lovely warm Sunday we headed over and picked Daisy up and headed over to Godalming for some FA cup action. Being the main tenants (sharing with Badshot Lea) they had the choice of game day, many clubs choose a Sunday or Friday now in order to profit from groundhoppers, and Godalming will be happy with their decision. With the heat reaching the point I find unbearable, we pulled up inside the cramped car park and made our way to the turnstile, humans in one way and dogs with a director the other.

Wey court is a decent enough ground, although anywhere is in this weather. The "lower" area of the main side consists of the bar area, tea bar and changing rooms while a slope either side leads up to pitch level. Along this side of the pitch is an old looking stand, a welcome change to the annoyingly common arena stands. It was about seven rows high, with bench seating, and the roof rising over the touch line. To the right end was a small "shed" stand. I must assume that the stand was made by the sponsors, a local scaffolding company, as it was a ramshackle thing. The other side was a small path and the dugouts, this backed onto a golf course. The final end was a path with a small training pitch positioned behind it. Despite the ground being of a decent standard, it was reported in the program that they require £40,000 in order to bring the ground to grading requirements for step 3. Unfortunately, this involves getting a few arena stands.

The players came out to what was a decent sized crowd, helped by a few groundhoppers I recognise from other grounds. Yes, I have reached the stage where I am able to recognise people. The teams lined up, godalming in their yellow and green strip, and Dulwich in their famous Pink and Blue quarters. Godalming started the stronger of the two teams, but it was dulwich took the lead. I am told this was a stunning goal, Dean Carpenter won the ball at left back, ran through the gap and blasted the ball off the bottom right hand post into the net. I didn't see it because the dog was jumping up and down making a nuisance. Typical. After this Hamlet took control of the game, having a goal disallowed shortly before half time. The Hamlet fans were furious, insisting that it was not off side. Godalming equalised when a pinpoint cross from the right wing was headed home by Johnnie Dyer. Godalming took the lead early into the second half, a free kick from around 25 yards out was expertly placed into the top hand corner, well out of the reach of the away goalie. A replay was won when the godalming keeper brought down a member of the opposition for a penalty. 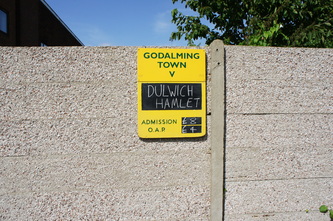 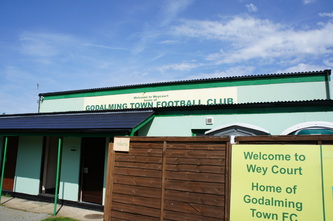 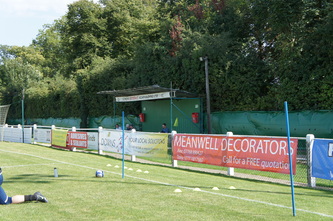 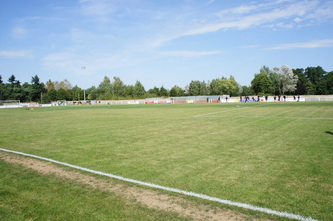 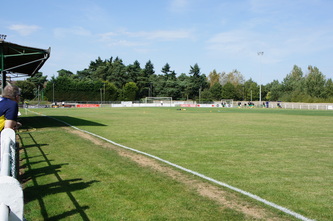 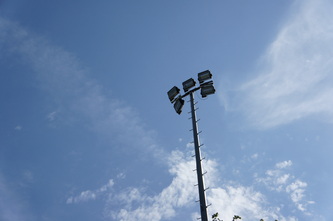 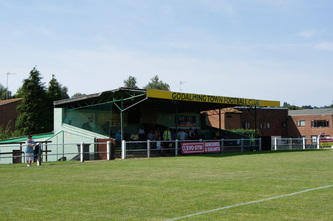 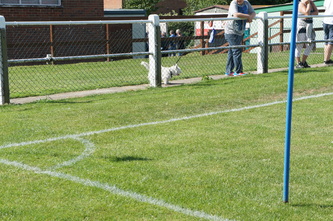 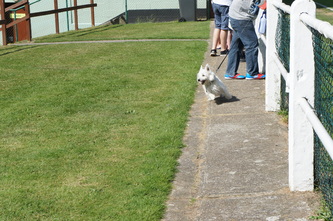 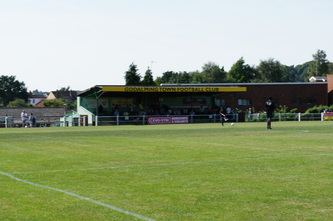 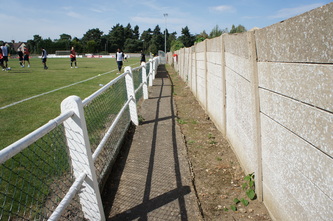 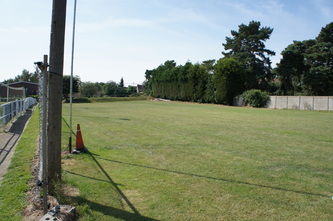 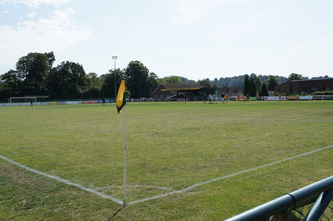 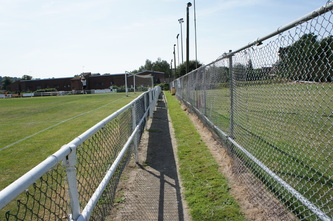 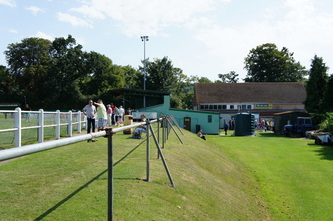 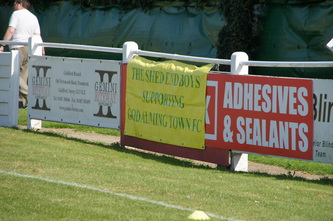 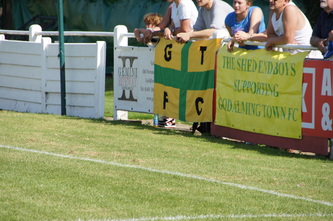 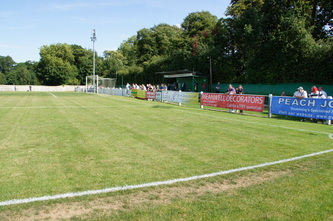 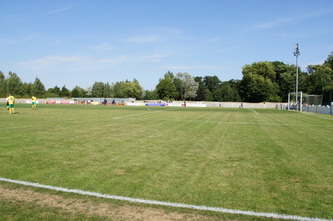 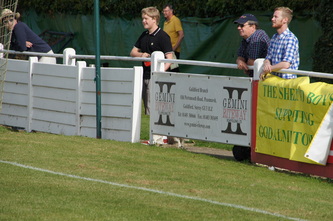