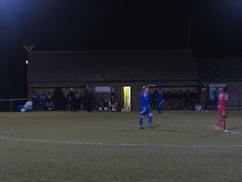 The not so good side of football 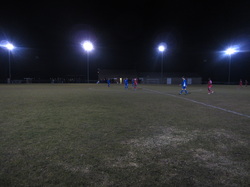 Owing to an incident in Mainz my camera is no longer functioning, not a problem I thought as I charged my brother’s camera more in hope than in expectation. There is no hiding that the technical specifications of the camera he owns are indeed superior to mine, mainly owing to it being a newer model; there is one slight flaw with it though. It is owned by Matthew, when we got to Frimley I tried to work out how the bloody thing worked. Cannon deciding upon the more is better approach. After giving up after one photo we took solace in the small social club, upon which I took the time to investigate the poor quality of the camera's lens due to being left to collect dust over the past year since I last used it. This proved to be a hindrance in the ability of taking long range shots (of which Matthew takes great pride in going "haha my zoom is better") although close range weren't that bad.

I feel better for getting this rant out of the way (is it my fault?) as I can now comment on what was perhaps the strangest Tuesday night game we have visited so far this season, not because of the ground, but more the visiting team with their overall attitude and manner in which they approached the game. Pulling into the recreation ground in which Frimley Green play we had little knowledge of either team. The only thing we really knew was that the home side were top of the league. We left the ground understanding why the visitors have a reputation and, strangely, wanting to see if this is the norm for their games.

After handing over my £3 concession price we ventured to have a look at the ground. Developments are few and far between due to how compact the site is. 3 sides consisted of very narrow paths with the final size being an effort to squeeze in a social club and changing room facility without it falling down the hill. For this size it was pretty decent, although I imagine not very comfortable in a larger crowd than the one tonight. Most of the attention was turned to the single TV in the corner which focussed on the Manchester United v Real Madrid game. This ground is probably most notable for the sheer size of the slope from side to side. It was so extreme that the corner flag on one side was nearly the same height as the cross bar.

As mentioned previously we left this game knowing of South Kilburn's reputation, and yet we felt like we'd got our value for money in that this game had a little bit of everything. From the start it became obvious that we'd be fed up with the constant noise coming from the away team. It wasn't the regular talking about positioning etc, it was moaning about every little thing. The worst person for this appeared to be the Left Back. At one point he even started having a go at a visiting supporter, although we became annoyed with him as the match wound on. Despite this we were fairly impressed in the first half with how both teams got the ball don and tried to play football despite the tricky playing surface, complete with sawdust, with the home side having the majority of the clear cut chances. Most notably when a shot hit the side netting one on one opening. It would be the visitors that got the first goal with a toe poke after a series of defensive blunders. The scores were then levelled as half time came with a smart finish under the keeper.

Just as the second half started we had our first of two brief interactions with the aforementioned South Kilburn fan. He wandered round and moaned about something or another; we just found it amusing how he moaned just as much as the players. I think the funniest was when he proclaimed the Linesman shouldn't officiate due to his running style, I mean, really? The most notable moment of the second half (well between the 45-75th minute) came with Frimley going in front for the first time in the match. Ironically a ball in took a deflection off the right back, whose moaning had gone well beyond the point of being tedious. The visitors were reduced to 10 men in the 75th minute. A second yellow which really couldn't be argued against, well unless you were from the visiting team. A South Kilburn player went as far as proclaiming "shall we walk off the pitch?" this cued perhaps the most bizarre 15 minutes we'd witnessed for quite a while. With tempers being pretty high the pace of the game increased with Frimley hitting the post not long after, with tackles increasing in ferocity  The South Kilburn fan was obviously annoyed came walking around the pitch. He decided that we were the best people to direct his rant. That's right, the two people in the ground that couldn't care less about either team and were there simply to watch football. I can't remember the full conversation but he proceeded to proclaim that South Kilburn have a reputation for no reason and the referees target them for one reason, yes he did use the racism card. After we dismissed this opinion (the player really did deserve sending off) he didn't offer an argument and simply walked off. The, probable, real reason for their reputation became clear with what turned out to be the last kick of the match, as the game ended in a farcical manner. The goal kick was taken, but the referee was unhappy with something and decided he wanted (another) word with a player. Both teams took this as the final whistle with a loud cheer from the home side. The away side didn't like something with the result being both teams chasing someone round the pitch. Thankfully the ref did the right thing and just called full-time. 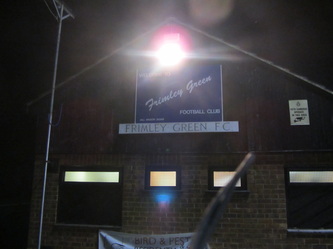 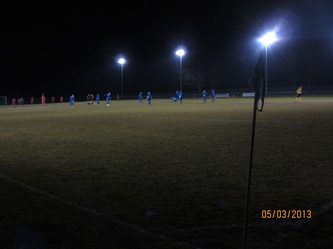 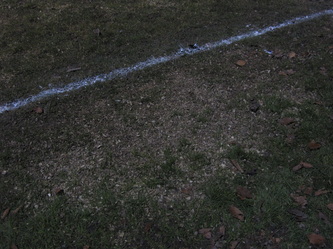 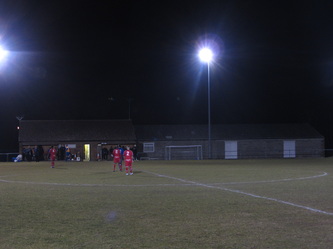 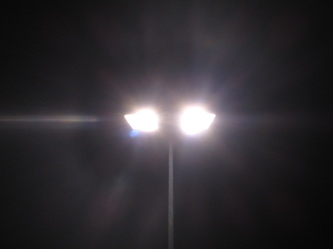 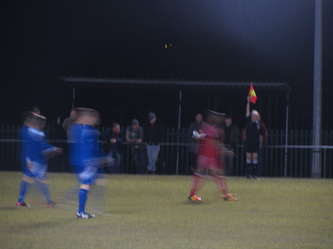 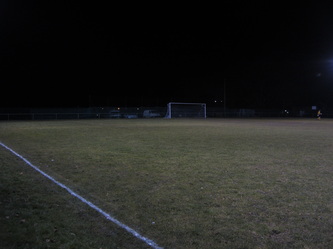 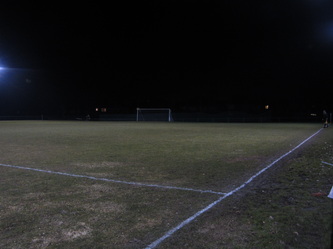 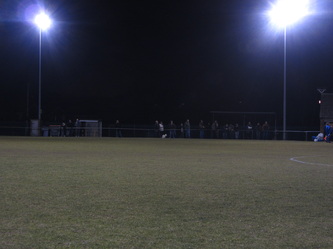 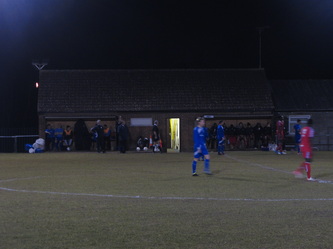 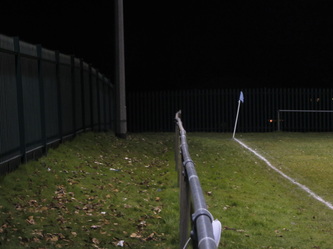 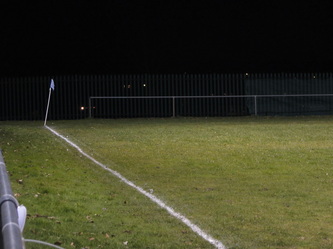 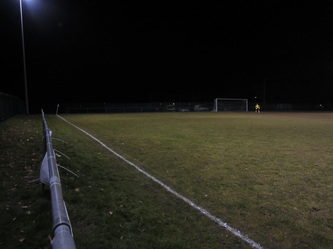 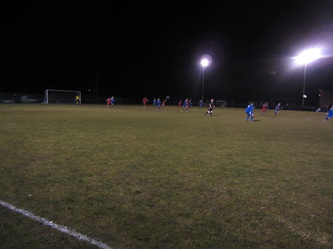 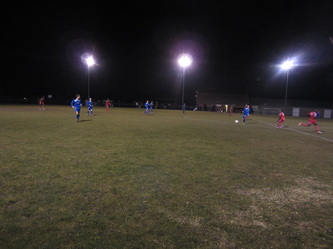 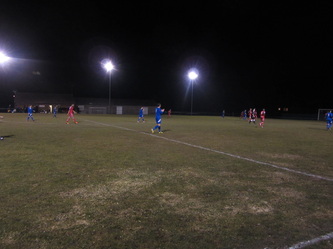 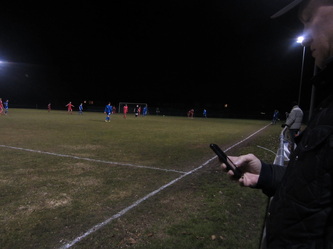 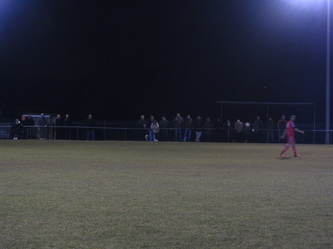 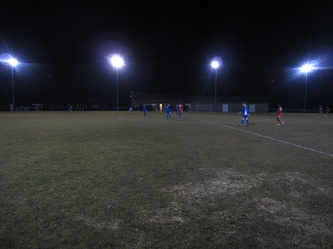 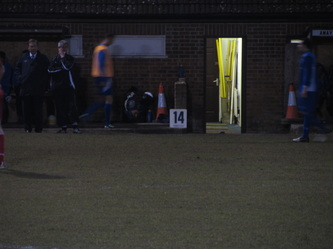 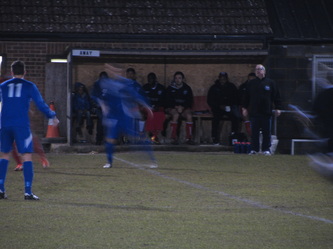 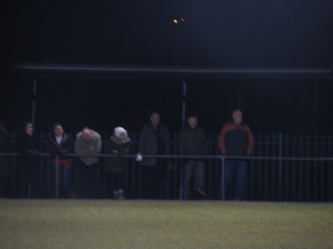