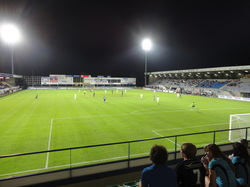 So first the good points. It's near Brussels. You can walk there from the station. And.....errr that's about it. Rebuilt at a time when FC Dender were in the top league, the stadium has three new stands. The fourth side is 4 or five steps of unusued terracing. You could be forgiven to thinking you were in the Netherlands such is the design of the stadium. It's basic, practical and modern but unspectacular. However, unlike their Dutch neighbours, they haven't really finished it off, especially beneath the stand behind the goal. That said, crowds are so low there is no real need.
For full details of the rebuilt visit http://www.fcvdendereh.be/page/15/Van_Roystadion/
As for the game, shocking doesn't do it justice. One of those games where neither team should have been given a point. So bad, it made me start to question why I bother going to games. FC Dender 0-0 Vise (10-9-11) 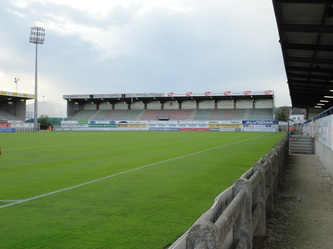 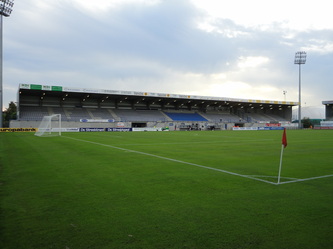 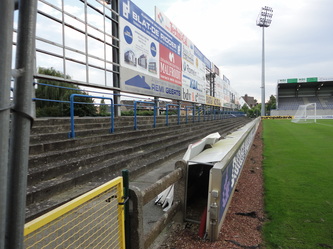 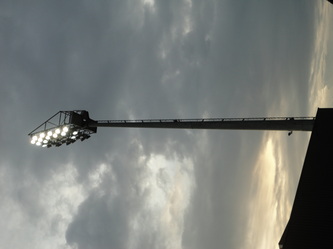 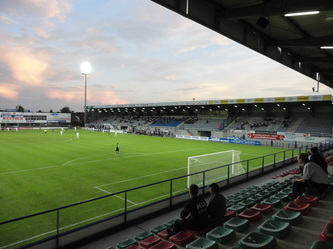 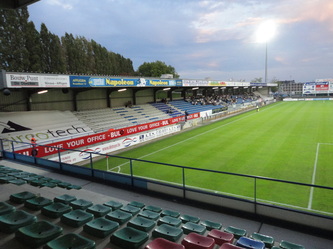 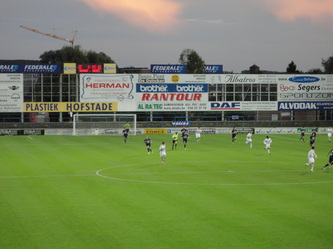 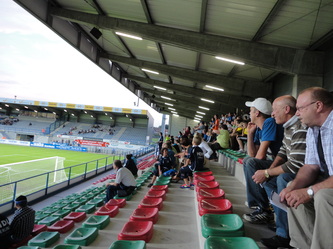 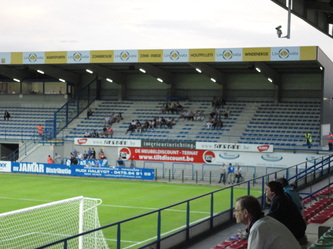 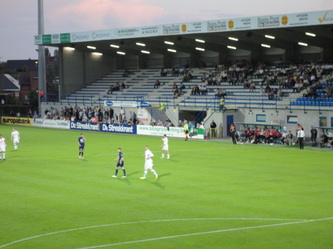 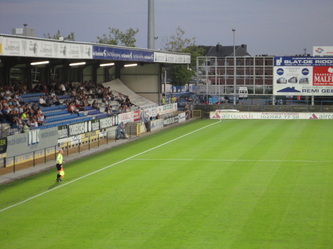 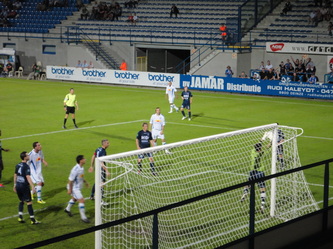 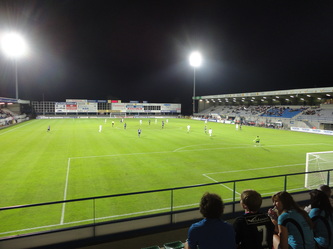 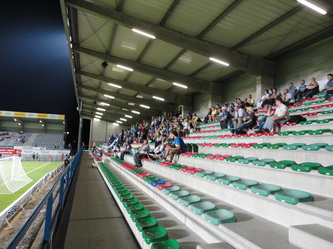 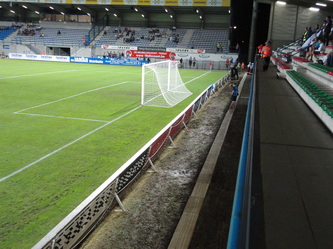 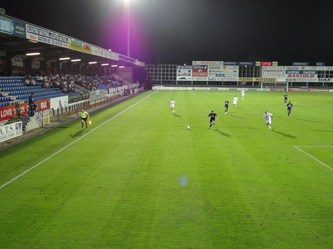 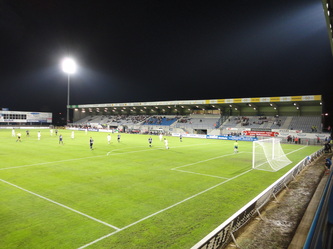