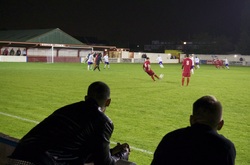 When the season begins to draw to a close I find myself watching more football, despite telling myself I'd be better off at home revising for the impending exams. This was to be one of those cases, although I feel I made the right choice in hindsight. Egham is a place I'm depressingly familiar with. Those of you that are unfortunate to follow myself on Twitter will know my feelings towards the place, although all things said I'm a fan of the ground. On my previous, and only visit, to the ground I wrote the following:

"The ground was far more developed than I had anticipated, although I should've realised with Ryman League signs being prominent despite being the level above they play. The entrance is in one corner which brings you onto a covered terrace that runs the whole length of the goal, although it is only one step. This follows round onto the other side, which gains a step, which is covered intermittently by three separate roofs.  Continuing round is another terrace, although this is just about the same length of the goal, and like the rest of the ground, fairly ramshackle. The final side, and most interesting, is the main stand. Running a third of the pitch it houses around 150 spectators, although the majority of these seats appeared to be reserved for directors. Views are pretty poor with an abnormally large number of supporting pillars (although not quite to the extent of Almere). Either side of this are separate tunnels for both the home and away side. "

Getting off at Egham station I met up with fellow groundhopper, Tom of Tommo's travels, and made the 15 minute stroll to the ground. £3 admission parted we watched a thoroughly enjoyable game. The title chasing visitors took the lead early on, but were to be penned back by the hosts. 'The Sarnies' reward was to come in the 29th minute when the ball was bundled over the line. Half Time lasted around 40 minutes, with the Linesman suffering chest problems (now recovering in Hospital, I can report) and a replacement sought. The second half was dominated by the hosts who were to score three unanswered goals. The second and third being very, very nice finishes that wouldn't look out of place many leagues above this. 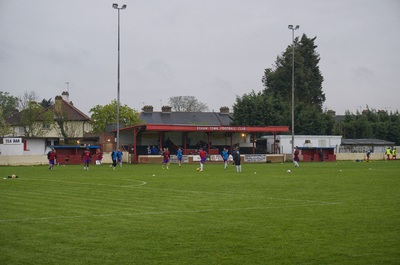 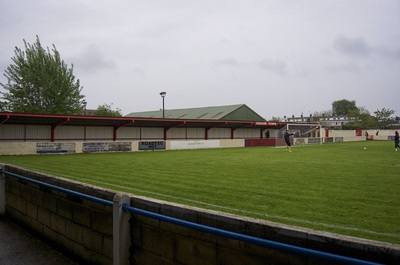 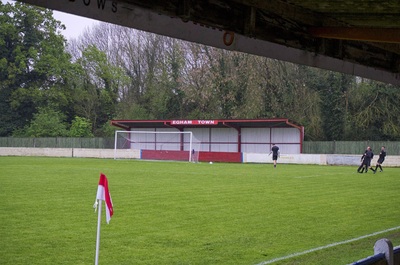 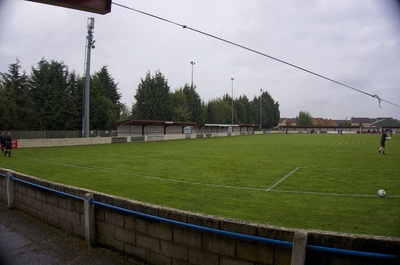 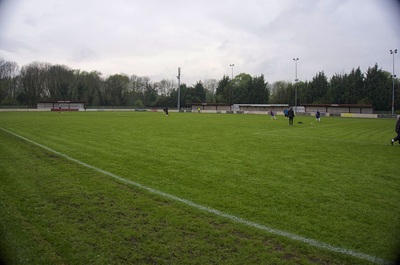 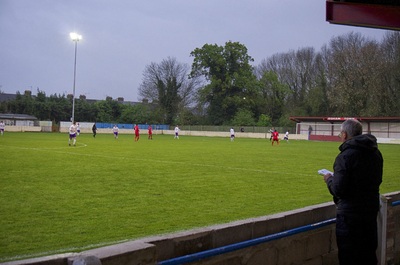 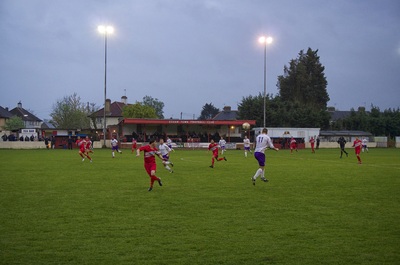 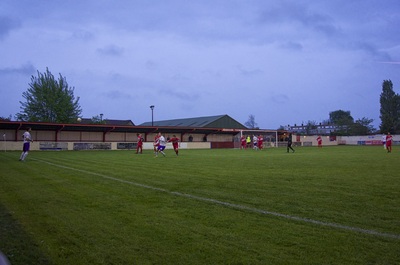 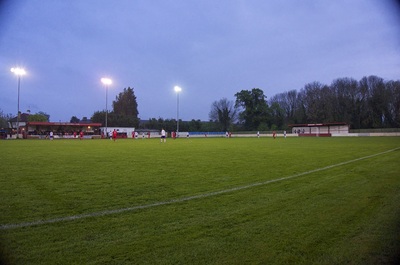 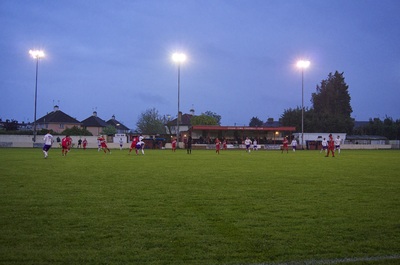 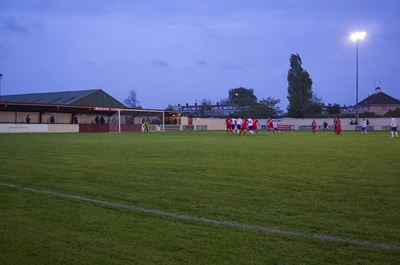 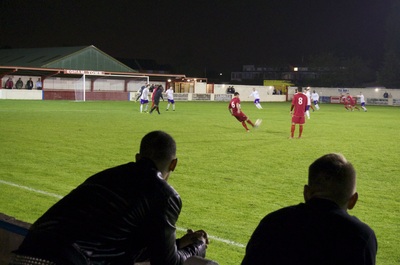 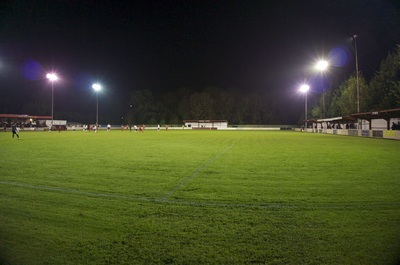 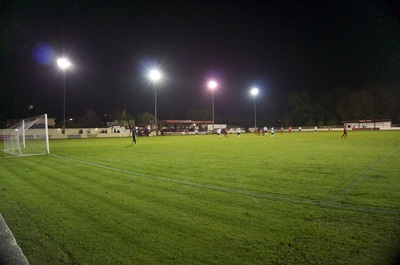