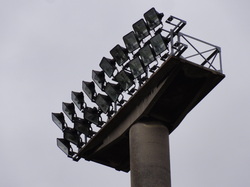 Well Dunkerque play at the Stad-Marcel tribut and this is about as normal as this place gets! The pitch itself is in immaculate condition considering the standard of football, the same can't be said about everything else. Around the pitch is a blue running track, but unlike so many over grounds, it isn't a problem due to the steepness of the stands and the narrowness of the track. As you enter there is a large main stand with bits of wood bolted down for seats. There are the same seats in the upper part of the opposite stand. The lower part of this stand and one end is terracing. Each stand appears to be made of materials that would be commonly found at your local swimming pool, each stand having those small white and light blue tiles!

The other end houses a sports complex and the best unhindered view of a football pitch from a house you will ever find!.

The game itself was dominated by the home team who ran out comfortable winners but needed some other tinpot team to lose to grab the league trophy. The game itself wasn't the highlight as there were three other things that will remain in our minds for a time to come (and no it's not the free tickets!)
- the floodlights are by far the strangest we have ever had the pleasure of stumbling across
- upon arriving we thought their was no game as the rear of the biggest stand looked smashed up and derelict (just like the rest of the ground!) but if we had looked 50m to the left would have seen the entrance (would have saved us some time!)
- the two sets of ultras for the home team! (in a crowd of around 500). At first there were one group at the top of the stand but about 5 minutes into the game 12 more people turned up, whom we believed were away fans, but started chanting for Dunkerque competing against the others!

The ground is good enough but does need a new paint job and tidying up, but that's what you get when you don't do anything to your ground for over 40 years!! 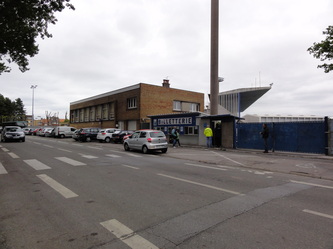 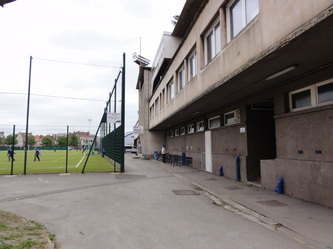 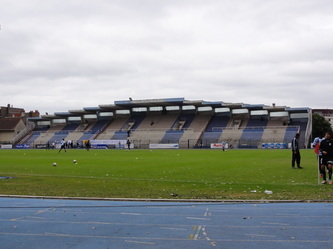 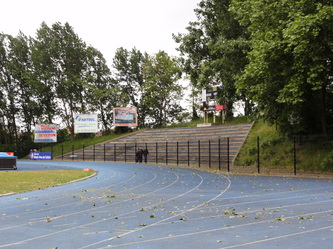 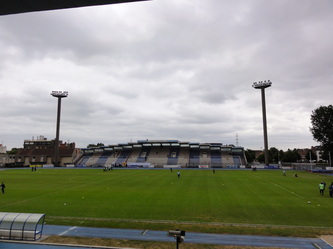 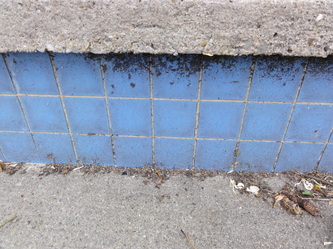 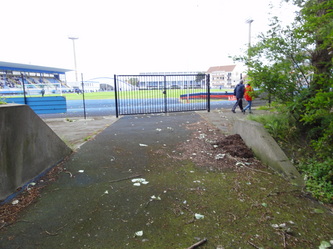 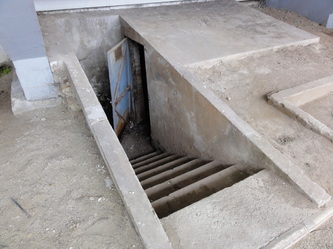 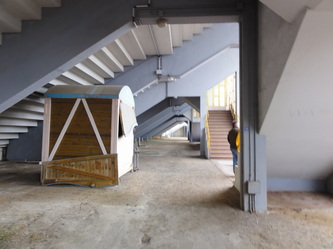 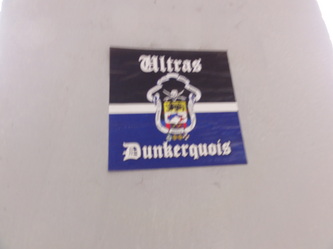 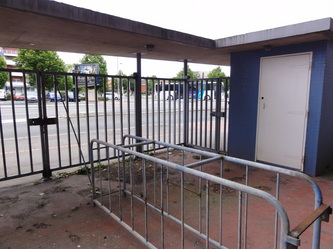 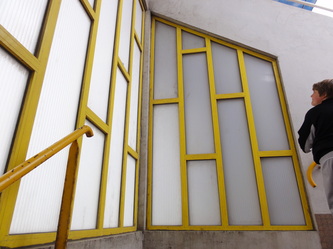 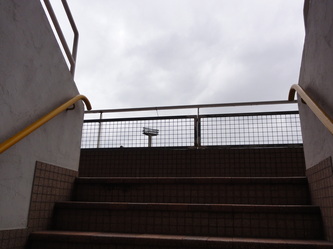 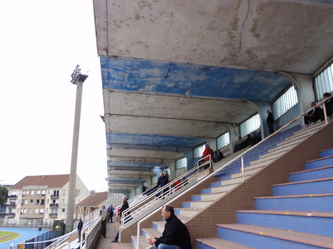 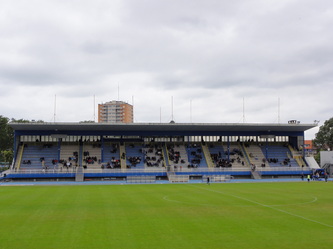 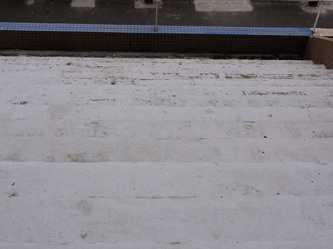 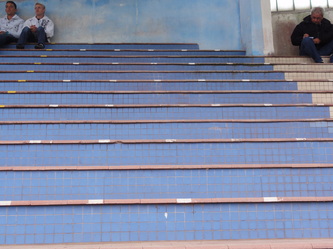 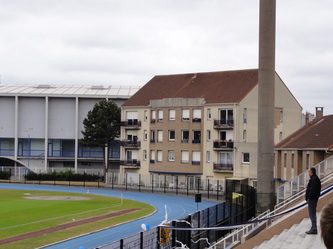 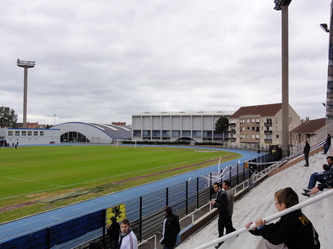 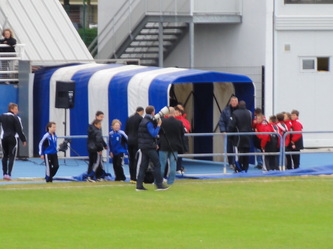 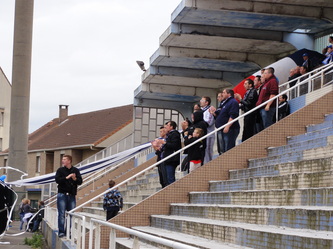 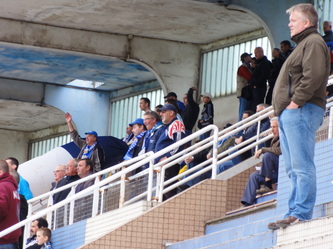