We have some bad news 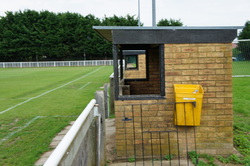 There was no sign of Kenny, Cartman, Eric or Stan. Instead there were a lot of groundhoppers who had descended on the fabulously named Leg O Mutton ground in Cobham. Now many argue as to the best ground name in football, and personally this one is a winner. I absolutely love the name, what on earth was said in order for this name to be decided? I can imagine the conversation now:

"So what show we call this place?"
"I'm not sure, how about something like the recreation ground?"
"no I have an idea, the leg O mutton"


If anyone from Cobham is reading this, or if you know why, please get in contact with us I'd love to know why! Any way, as I said there were a LOT of groundhoppers here with their cameras and notebooks, I can only assume that at least one of them has a blog or website upon which you can find details about the game should you so wish to find one, the only things I will say are that this game was deserving of more goals with both teams coming very close. Also South Park nearly scored what would've been the quickest goal that we had ever seen. With the second touch of the match the ball was blasted straight to the hosts goal above the stranded keeper, narrowly missing the top of the scoreboard.

The ground itself is rather basic, shared with Mole Valley SCR, the teams have to warm up in the nearby field before walking round the pitch to avoid damage. Both ends are paths which have small rather basic cover. One looks like a bus stop, the other looks very temporary. One side consists of only the dugouts and a path, while the other is the main side. This has a small 150 seat covered stand. If you want to know what the views were like see any other stand provided by arena seating (or whatever their name is). Behind the stand is the small clubhouse and changing room complex. 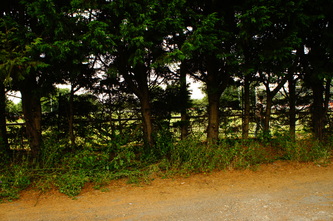 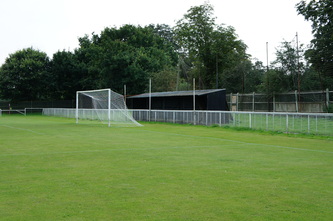 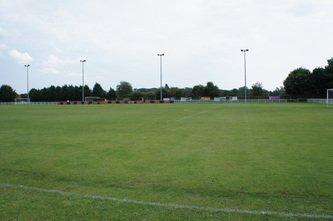 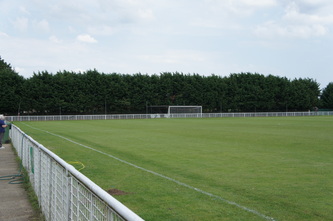 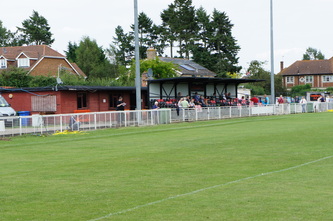 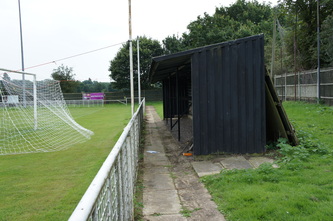 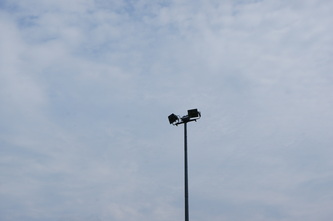 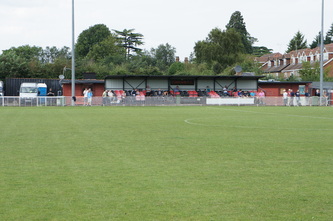 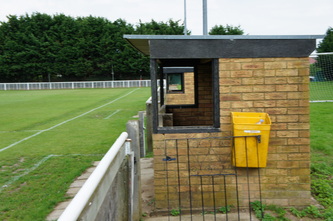 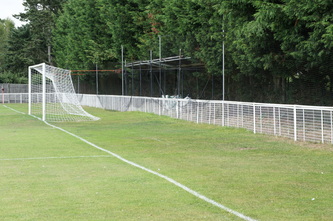 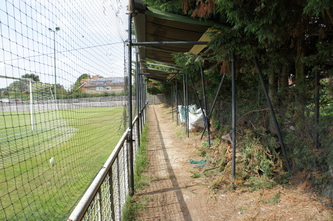 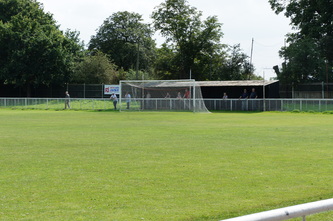 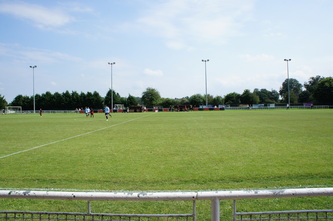 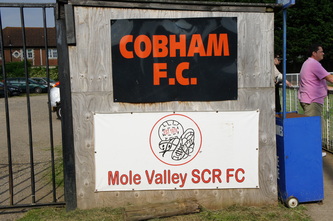