Where has your terrace gone? 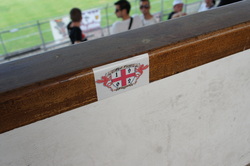 Our second game in the French Riviera saw us return to AS Cannes after a few years since our last visit. This was a bonus match somewhat as we had only planned for the two games prior to a week back in Holland which will see us take in quite a few games. Last time we visited I couldn't have been older than 5/6 so I couldn't remember alot besides the flares behind one goal. If I remember rightly they were the first I had ever seen and didn't like them because I was scared of fire.

When we last came there were stands behind both goals along with the remaining two stands. Reflecting the clubs fall through the leagues these two ends have been knocked down/removed. Previously to the left of where we sat was a small terrace and to the right was a temporary stand. Now all that remained were the stand we were in and stand opposite, as well as even older, small 3 stepped (closed) terraces way behind each goal. The stand we were in was showing it's age looking fairly run down. It was previously the main stand with the tunnel still running through the middle. The back couple of rows were sectioned off featuring luxury seats. The next 5 rows featured the most uncomfortable seats I have ever had the displeasure of sitting on, while the front three rows had been left as a seating area, it was complete with a wooden roof! The stand opposite has been closed both times we have visited despite being the newest and nicest. Because of this parts look to be in need of a clean or refurbishment. It features a large lower tier and a smaller second tier with the roof being elevated and curved above. It also houses the changing room. There are four floodlights which are retractable (apparently).

The game was a mixed affair as expected in pre season friendlies with mass substitutions. Cannes started brightly going 1-0 up in the first minute after a quick switch of the ball and pinpoint cross that allowed a tap in from the on rushing forward. The next half an hour was rather  poor, apart from a few runs from the very impressive number 10 from Cannes, even though Frejus hit the crossbar and Cannes the post. Shortly before the break Frejus equalised after a cool finish from number 8. At half time I walked around for a few pictures and took some of stickers dotted around. The second half was even more dull, save for a lovely volleyed finish from a Cannes player to snatch the win. I think what made it worse was the need to substitute player every two players. The game finished, and the "ultras" lit two smoke bombs. I know I don't criticize the use of these and think they look good if part of a display, just like flares and the like, even though I wouldn't light one myself, but this was so pointless. You just have to look at the pictures of the crowd to realise this was the case. I can't really complain though as they were so small that by the time I'd walked all of 10 metres to take a picture of one, and see what they actually looked like, they had run out and the smoke was quickly disappearing. 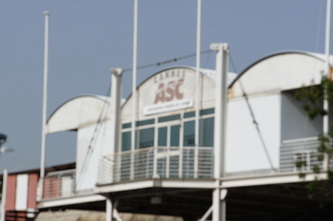 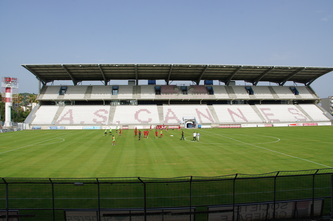 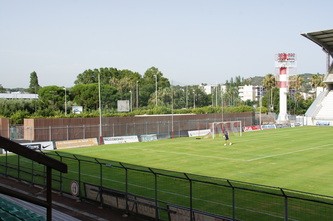 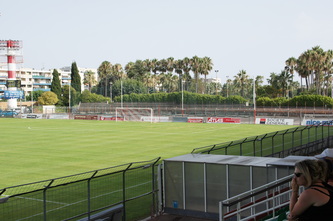 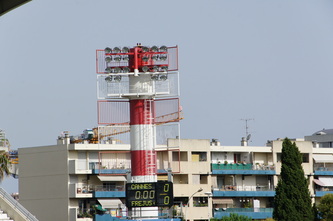 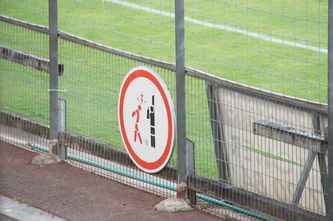 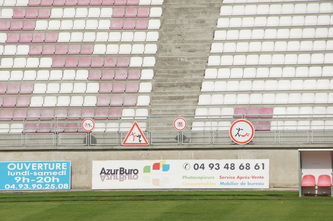 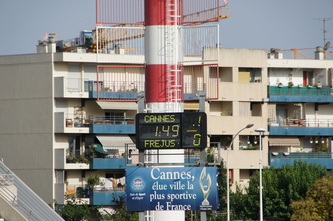 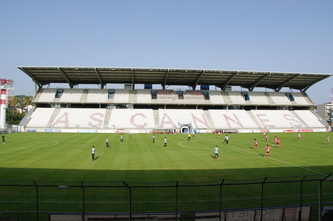 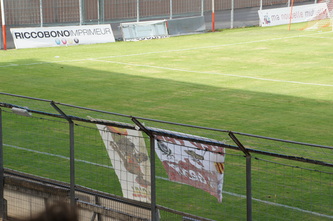 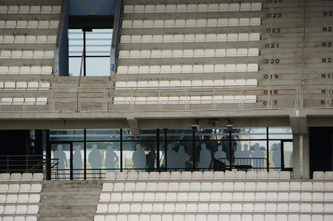 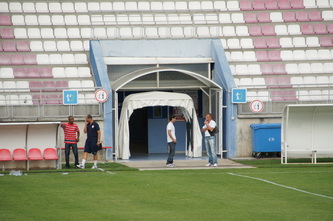 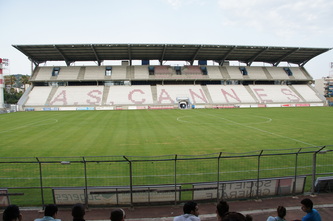 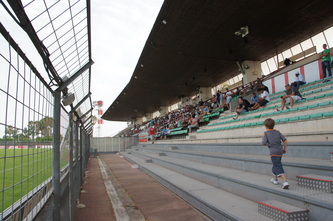 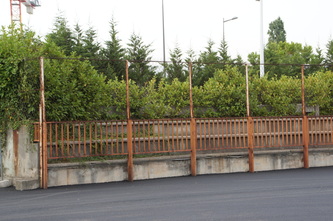 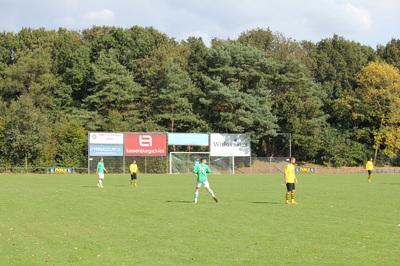 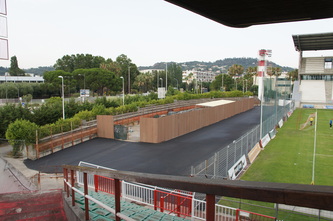 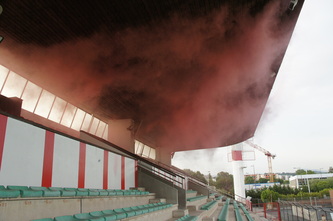