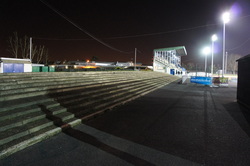 Last week’s Non-League extravaganza had to be put back a day due to a variety of reasons, with limited available choice Croydon was circled and plans were made. This week was slightly different in that I went to Clapham Junction in order to meet the RR. Even a shot wait is enough to make realise what an odd place London is, thankfully I didn't have to wait too long as we were shortly on our way to South London to watch this London Senior Cup game. It was to be the third time that I'd have seen Hendon, the last time was the FA Cup 1st round against Aldershot. There was a small car park at the ground which was free so we parked up and made our way for our first impressions of the ground.

The ground was decent for an athletics track, if slightly lacking for a football ground. The entrance is found in one corner with a series of turnstiles. This brings you onto the main side of the ground, and the most developed. Firstly is a decent sized uncovered terrace about 14 steps high. Viewing wouldn't be too bad if it wasn't for the massive great shed stuck in front of it. Next to this was the elevated main stand. This offered a pretty decent view, with its capacity of 388. From here you can see canary wharf and watch the local tram service go behind the other side. The only problem was the two pillars supporting the roof either end consisted of a path following the curve of the track. At one end looked like what could be a social club, although it wasn't open for this visit so we were uncertain. The other side consists of 3 separate covered standing areas.

The game was forgettable in the large part. Hendon were better for the majority, but a late equalizer had us worried as to whether London Senior Cup games go to Extra time. As I rummaged through the programme (£1 upon admission) for any mention Hendon scored their second of the match. Their victory was confirmed shortly before the final whistle. I can remember this goal pretty well as the player ran and ran and ran. He was fouled, but with the advantage a player managed to drag out the goalie before the ball was dragged back to the original player to pass the ball into the back of the net. 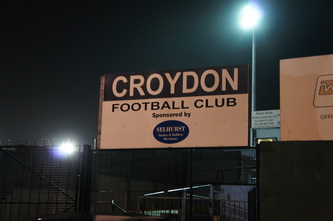 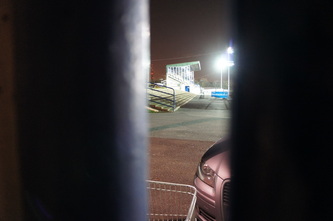 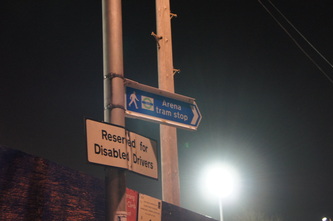 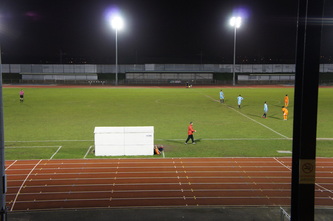 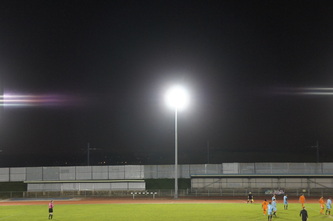 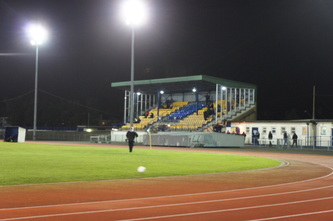 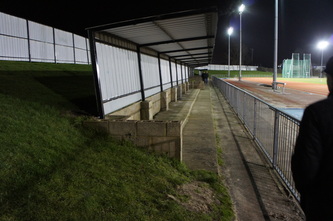 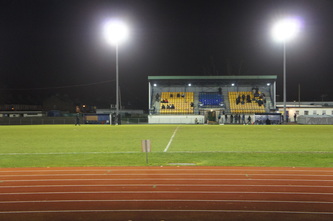 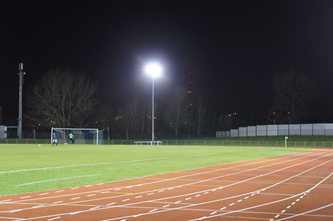 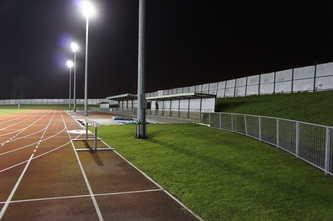 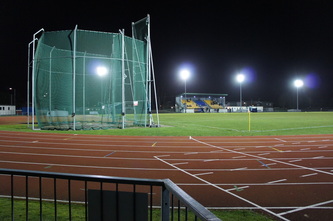 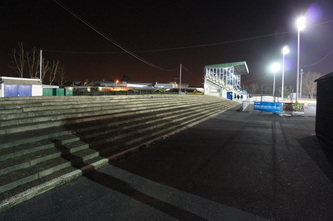 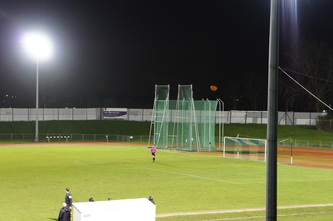