Having watched the 2 O'clock game in Duisburg we made the drive over the border, then to near enough France, for this game. Because of a certain (non)editor of this blog having loyalties with the Green side of Brugge, and myself and Phil disliking long walks and difficulty in parking, we were away fans for the evening. The Car park for the away fans situated across the road from the turnstile. With well over an hour to kick off we walked in the direction of the Centre in search of food, found in the form of a snack shop with free internet. Win - Win.

The walk to the away end, rather like at Aldershot, is much more scenic than to any other areas of the ground. A long walk across a lake, surrounded by Geese and trees. With a Stadium plonked in front of you. Regenboodstadion is the prior home of KSV Waregem, who merged with Zulte VV in 2001 to form SV Zulte-Waregem, the team of today. With a capacity of just shy of 11,000 it has that Belgian charm, whereby everything is a mish-mash, and yet you wouldn't have it any other way. The away end isn't great, stuck in one corner, the bulk of the capacity is afforded on a large bit of uncovered terrace. The problem is, only half of this is really usable, due to the stand that runs the rest of the length of the pitch blocking the view. The overhang of this provides the remaining capacity of the away end, a small 4 stepped covered terrace. To our left was a disused terrace, in front a mass of advertisement and a large video screen. Opposite was a two-tiered seated stand, not reaching either corner. The final end a temporary terrace. All this perched around a running track.

The game wasn't great. Zulte weren't great. Cercle weren't great. First half the hosts should've really capitalised on some sloppy defending, but only managed the one goal through Caceres, whose lame shot squirmed into the net. Cercle then managed to go up the other end and score. A reluctance to shoot, ended with the ball bouncing off the crossbar, with Kabananga on hand to tap home his rebound. The rest of the game followed a similar form, as the rain lashed down, and the away fans sought shelter under the overhang - except myself and four others. The pattern was you give away the ball, we'll give away the ball. Cercle having the best chance, but the header cleared off the line. Zulte got their winner 11 minutes from time, with a similar goal to their first through D'Haene. 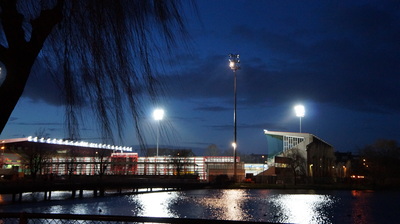 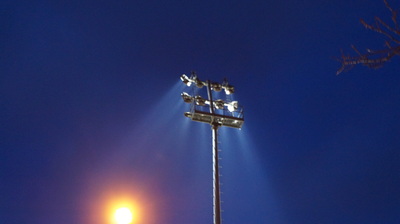 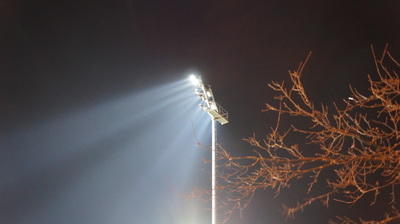 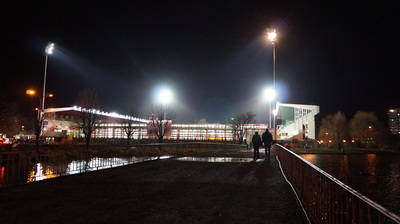 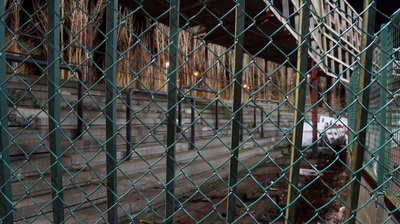 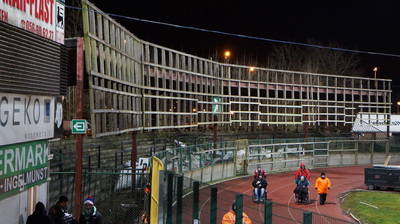 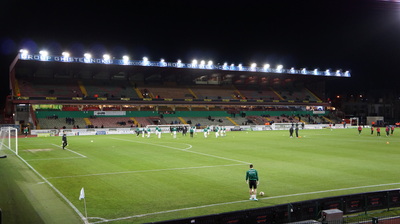 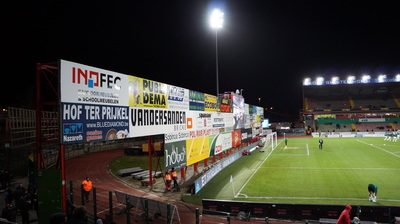 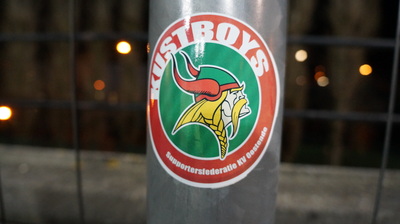 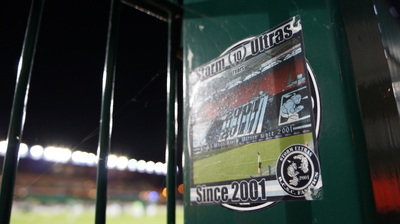 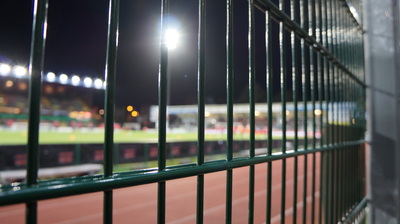 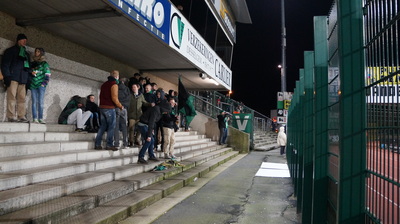 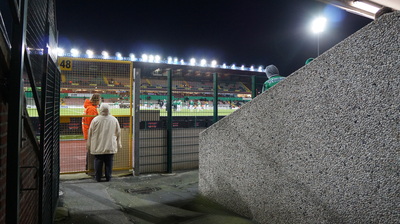 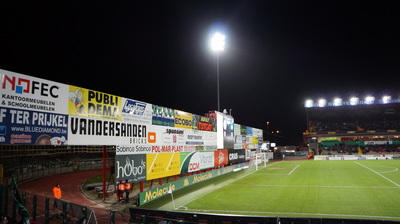 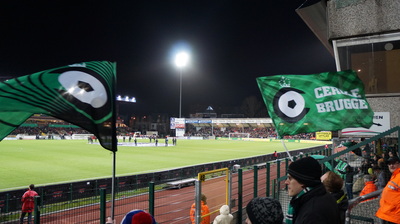 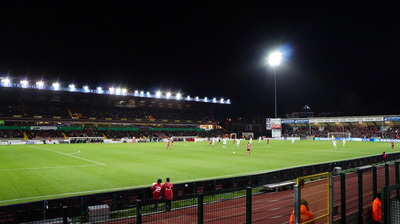 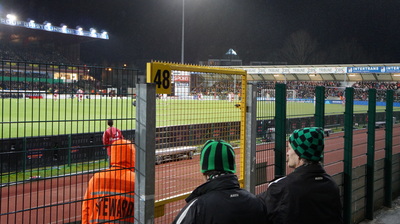 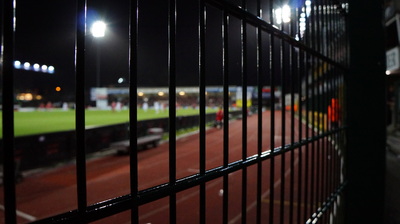 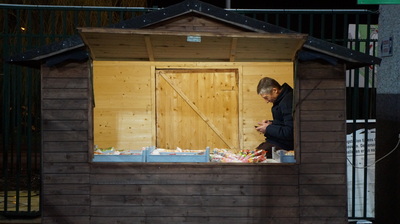 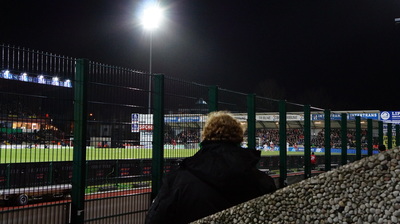 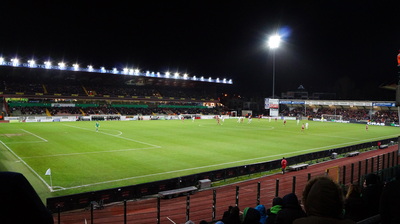 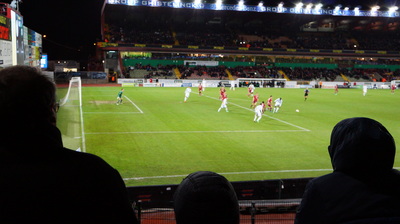 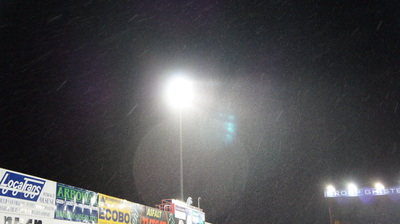 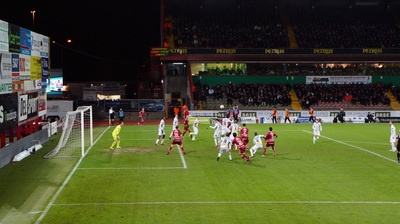 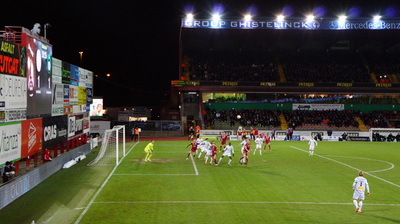