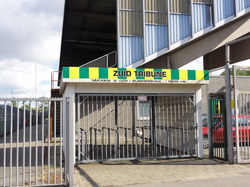 You have got to be kidding me? 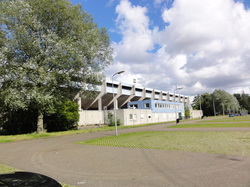 This was the thought that came into our mind when driving across the tram tracks towards the ground that's fans once held the reputation of "the Dutch millwall." The surroundings were almost the complete opposite of what we had expected, Not hemmed in by houses, and have that certain aura that these intimidating places seem to have, but a peaceful one situated in a large park, surrounded by a canal it had a strange welcoming feel. Outside is a model railway with great attention to detail. It was seriously hard to believe that this was the home to a team that burnt down one of the stands upon relegation. Battles with the police regular. Then after a game against ajax in 1987 they were forced to put a seats on the north terrace. This led to death threats and thus the midden nord was created. reading elsewhere it says "a section of lunatics stood in the middle."
So, after getting over the shock of the setting we proceeded through the gates to what is now den Haag's training pitch to find just the south tribune remaining. but it was worth the visit as it meant we got to visit a ground we never saw a match at and is being put to good use. When Den Haag started their pre-season training  for the 2011-12 season 2000 people welcomed them back. ADO now play there games at the Kyocera Stadium. 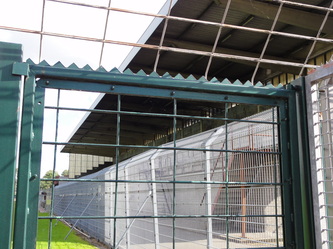 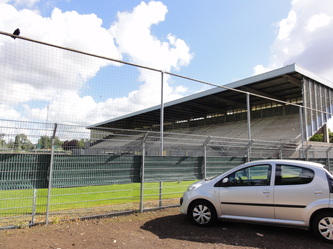 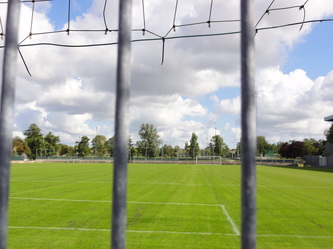 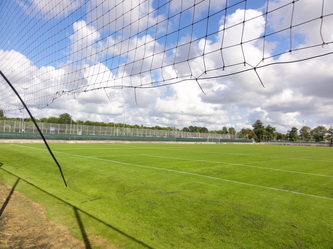 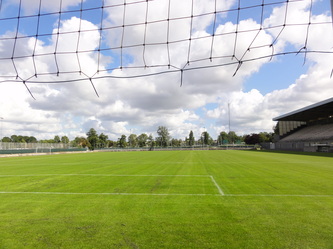 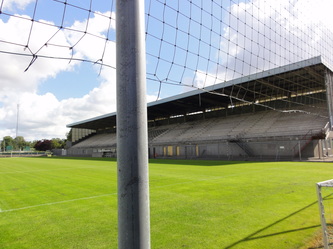 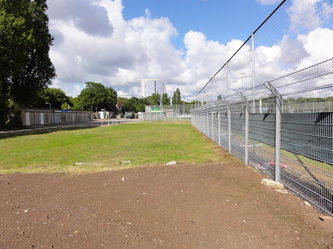