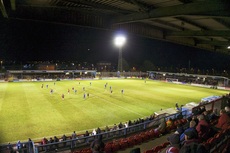 After a calamitous week, PDM met on the south coast for some footballing action, this time at the home of Weymouth FC. By now people probably scratch their head at how we end up at some of the games we do, and if I'm truthful, we do as well. It's always an interesting point of conversation when people mentioned some far-fetched place they're from and we can say we've been there. Although it's probably at that point they probably think we've just left the looney bin. Anyway, ending up at Weymouth on this Tuesday evening is a long story, which I shan't bore you with.

The journey down was smooth enough, meeting Phil at Weymouth station. Sadly, British seaside towns are depressing at best outside of the 3 days of Summer, and this was no exception. Rain driving and wind blowing we made our way to our beachfront B&B before heading out to see what the town had to offer. There wasn't a lot. Instead into the taxi we hopped and made our way over to arguably the best ground in the Southern Premier league.

Taxi hired we headed straight into the ground and to the Social Club. I thought it fitting to purchase 'Pomme De Terra' Weymouth Football Club's very own Cider. Now, I'm not a fan of Cider by any stretch of the imagination, preferring Ale, but being in the West Country I felt it my duty to try. It's certainly one of the better cider's I've had. Drinks drunk it was into look at the ground properly. Dominating it is the large Main Stand with capacity for 900. The remainder of the ground is uniform height terracing, with cover on all three sides. Interestingly the ground used to have a capacity of 10,000, but I presume Health & Safety means that it's now limited to 6,600. It's a ground that I wouldn't mind Aldershot having, if modernised. Smart, functional and not dull like most 'new' grounds. Although it's not that new having opened in 1987. 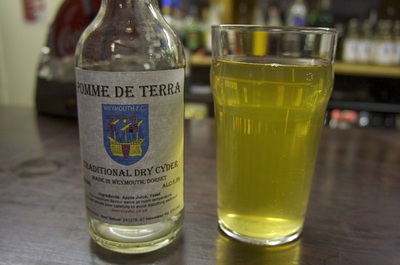 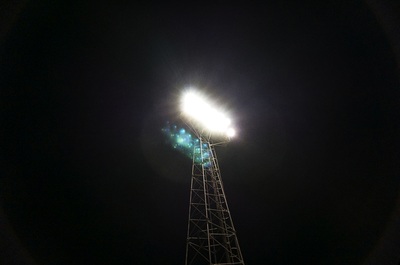 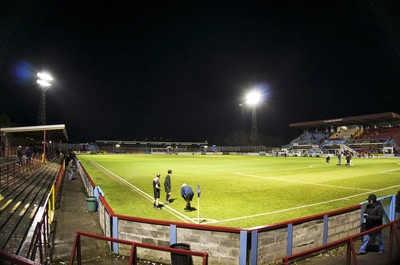 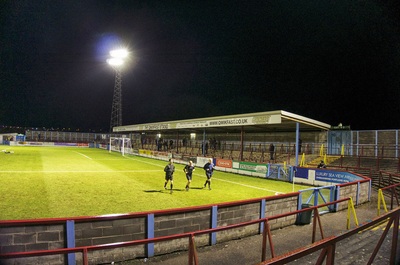 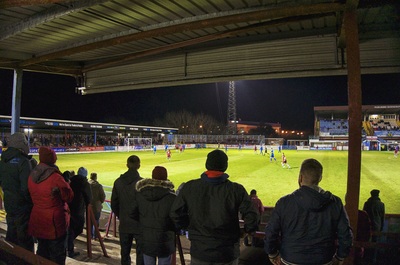 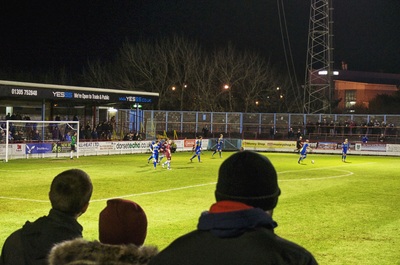 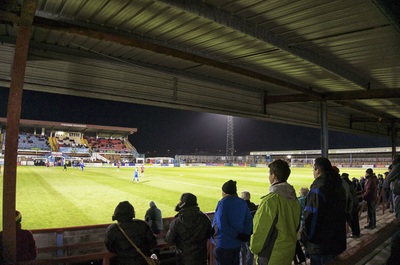 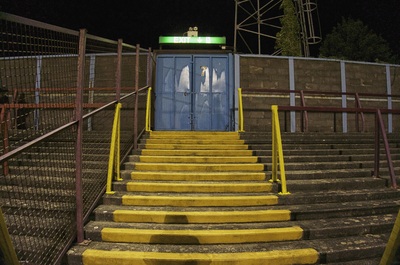 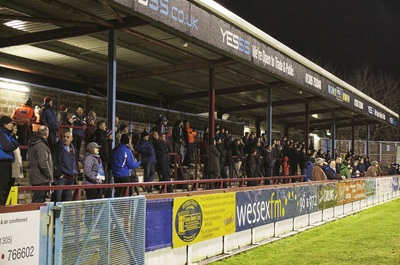 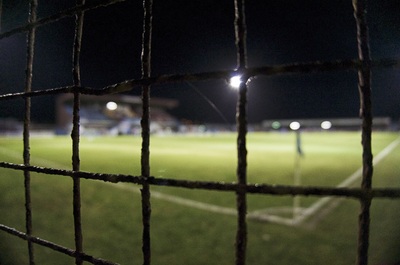 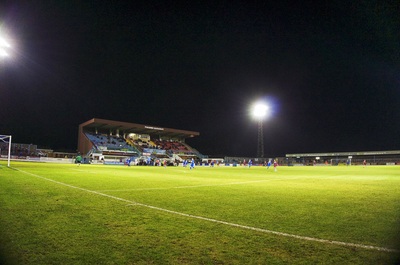 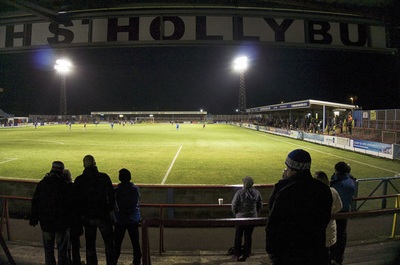 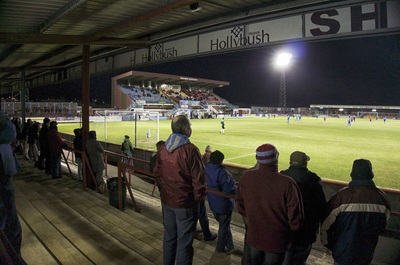 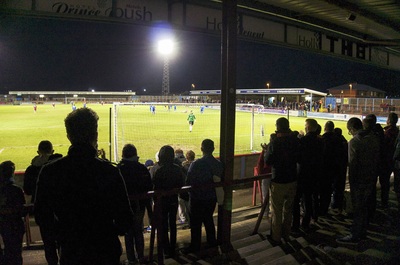 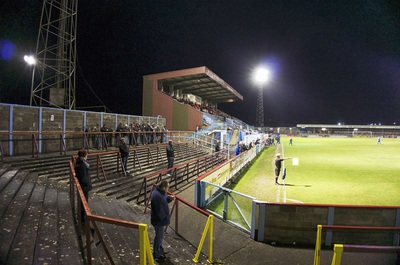 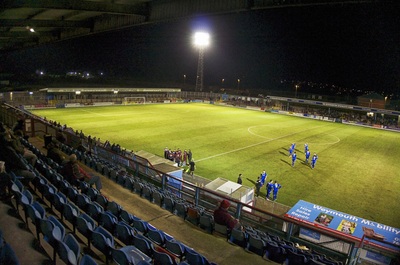 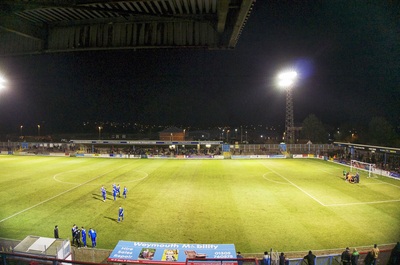 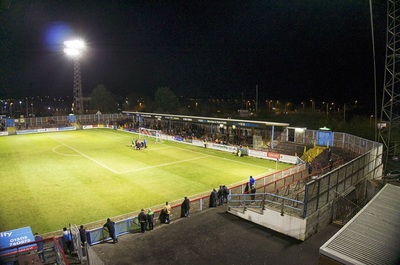 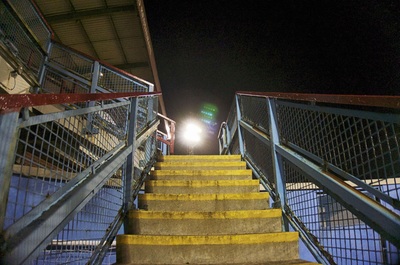 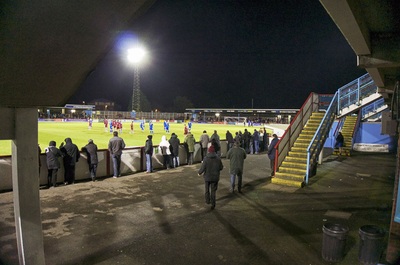 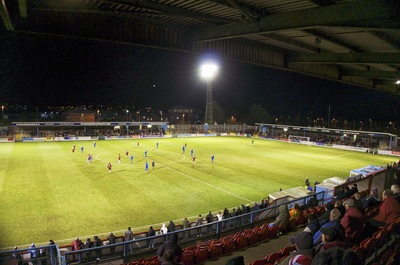 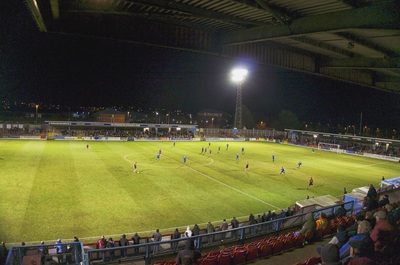 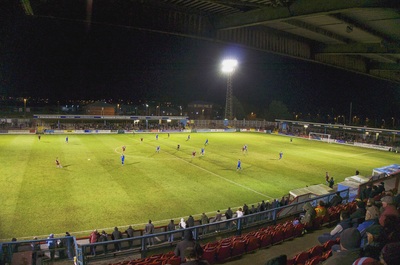 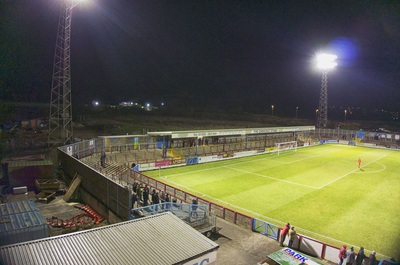 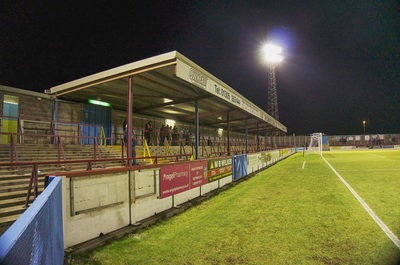