You have probably noticed that words have been few and far between over the last couple of months. Going forward I will try and rectify that. You may also have noticed that there has been more than a few west country grounds cropping up on our travels. These two fact are connected, as my three month contract in Weymouth stretched to six, nine, a year and now 15 months. I suppose I should work a bit quicker, but in my defense I am paid by the day!
One of the problems about the West Country is the time required to get anywhere (somewhat compounded when your start point is Weymouth) and that clubs are a bit spreadout. No greater example of this was tonight when my two options were Wells City and Fareham FC!
Against my better judgement (mainly due to how fed up I am with the A31 overnight road closures) I opted for Wells City. I allowed 1.5 hours for a 55 mile journey, was 10 mins late and almost immediately concluded that this ground was probably best visited in the day time when, I suspect, the views afforded by the Cathedral and surrounding countryside are significantly better that the immediate surrounding of the pitch that I would see in darkness.
So what of Wells City? Well the facilities are limited, no bar, portacabin for a teahut come 'directors lounge' and more for changing rooms. There is an old stand tucked away from the pitch and that is about it. Well, apart from the pitch itself, which was huge (Loenhout huge).....and undulating!
On my way home I lamented the lack of suitable new grounds that I had to chose from, a sensible distance from the office (Cornwall is not something you can do every evening), but consoled myself that soon midweek Devon & Exeter League matches would be possible with the impending switch to BST.
The following day I was told that I am now required to be in Bradford for the next three months. The groundhopping gods have been good to me........and so onto Yorkshire. 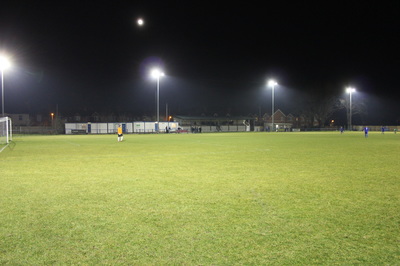 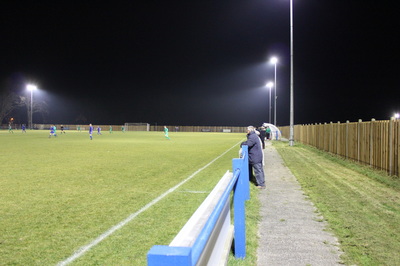 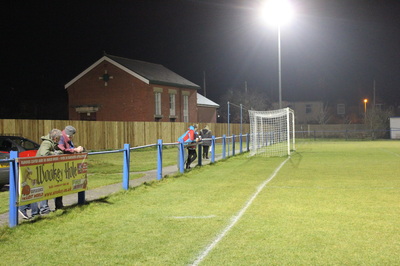 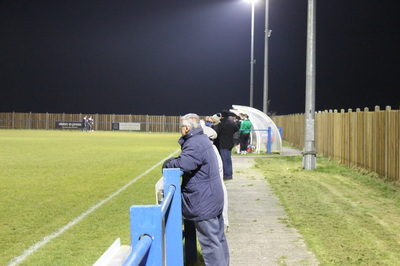 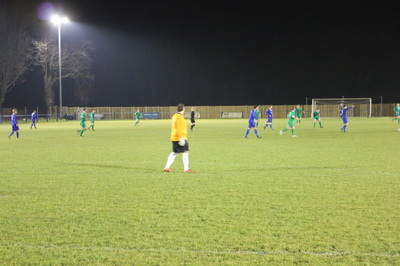 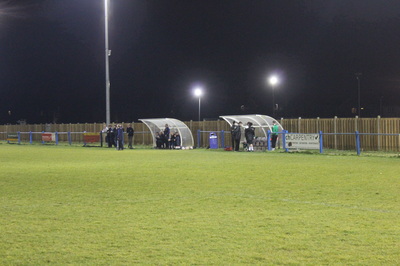 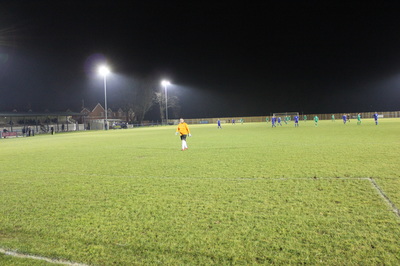 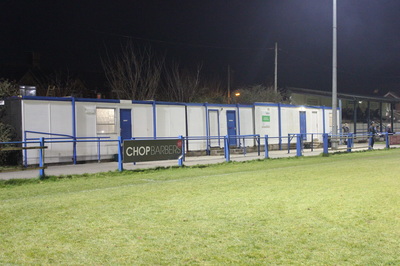 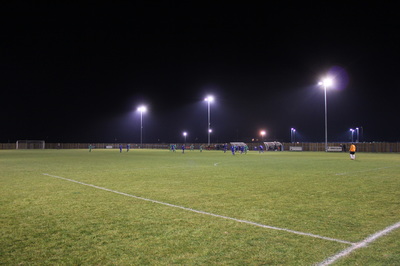 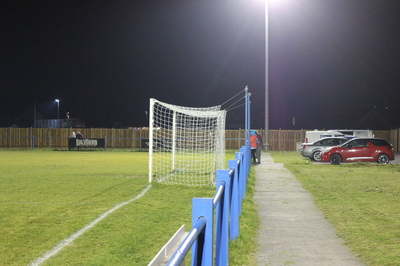 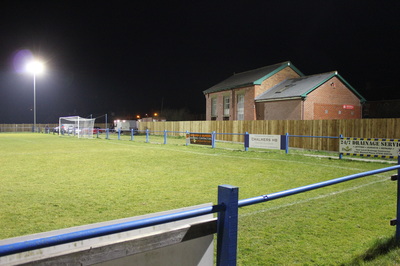 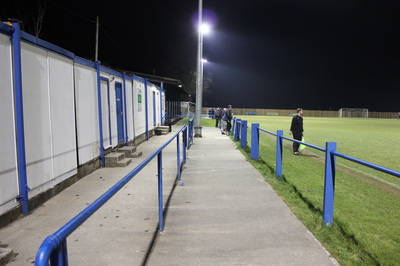 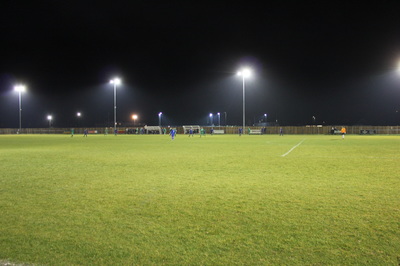 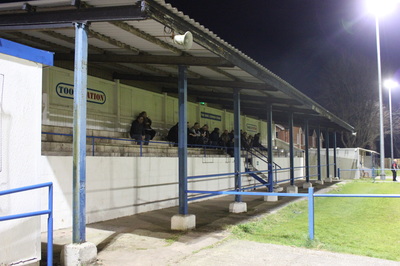 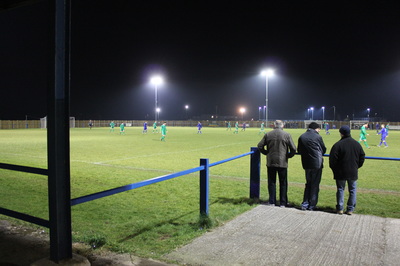 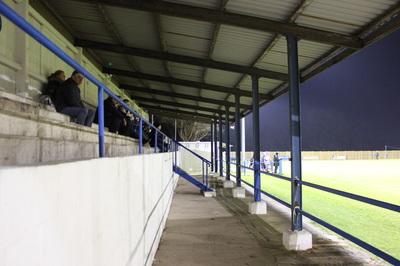 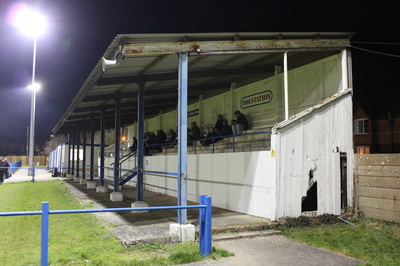 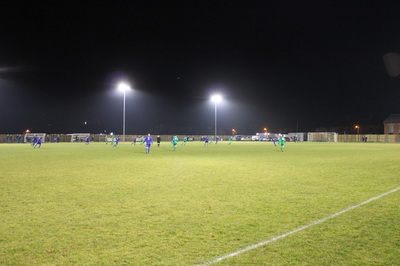 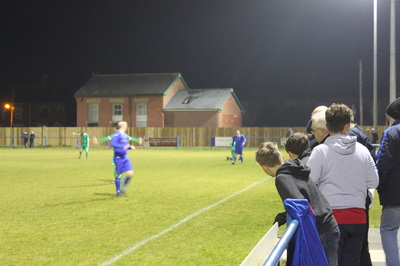 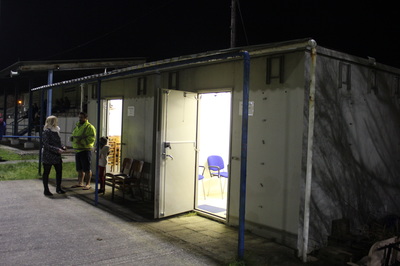 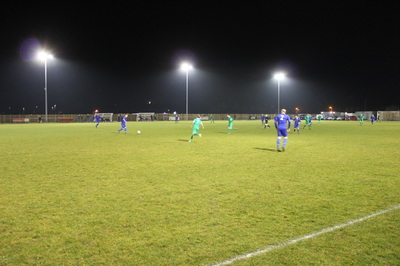 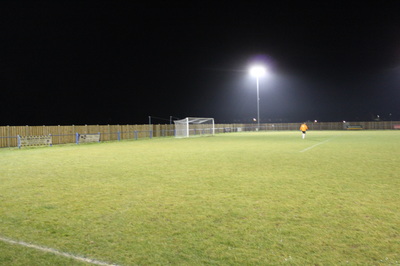 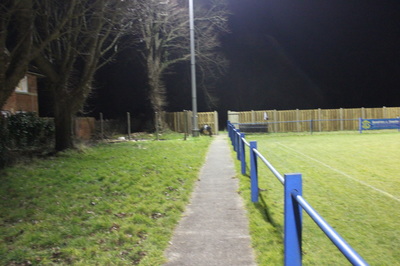