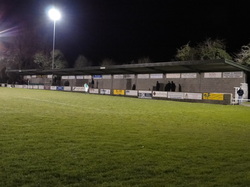 There are some places that wouldn't be worth the effort without a back story. You may be wondering just why this place was so high up the "must visit" list. After all, most people haven't even heard of this small place in Oxfordshire. Wantage have a back story to those of us here at PDM. I have lost count of the amount of times that we have attempted to get to this ground, but due to the micro-climate that sits above the town we have had to divert due to Postponements. After the last attempt (that saw us at Kidlington) we vowed not to return until spring. That was until I received a text from the RR asking whether we should risk another trip, I agreed. Ironically this game was only being played in Wantage due to Abingdon's pitch being flooded.

After meeting the RR in Slough my phone never left my hand as I constantly updated Twitter and NLM. We were worried due to the sudden drop in temperature, but in no time we had driven through the turnstiles (yes that is correct) and parked up to watch the match. The ground is one of the few in the HL that is worth the effort, being more developed than most. From the top of my mind I can think of only Marlow that have a significantly better ground. Along 3 sides are paths with grassed areas that enable for pitch-side parking. Behind one goal was a half resurrected fence, which if the chants were anything to go by, being built in order to comply with the ground regulations of the league above. At the opposite was the average sized clubhouse. Although it did offer views onto the pitch they weren't the greatest. The final side consisted of 3 separate covered areas, of which I'll describe as if walking from the clubhouse.  The closest consisted of three rows of concrete steps upon which wood was placed. The central section consists of a two stepped terrace. The final section is about 3 steps high with around 70 seats.

The game will be memorable, for us at least, in that it was the first that we'd ever watched in the Hellenic League that the fans made noise. Saying that, it is more in a negative light in the sheer amount of abuse that one of the Abingdon player's received throughout the first half. Whatever he had done wrong the 10 or so "supporters" to our right wanted him to know what they thought of it. Oh and the occasional rant about Abingdon themselves. Thankfully at Half time (after a large rant/complaint) from the player himself a club official went over and spoke to the offending members of the crowd. Second half they focussed on singing about Wantage. I will be honest in that my delay in writing this blog has meant I have forgotten what actually happened in the match,. Upon googling the score, however, I remembered that Wantage should've won, dominating most of the match and missing a penalty late on! 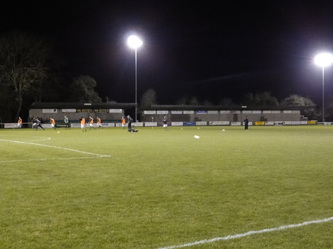 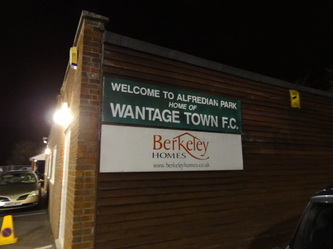 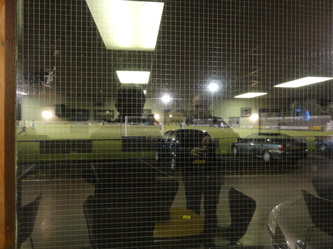 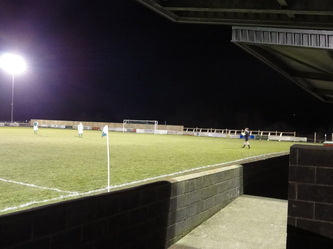 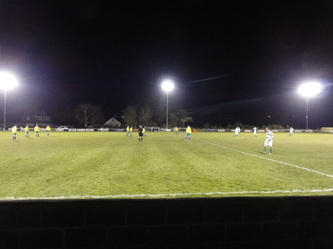 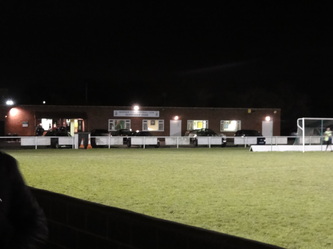 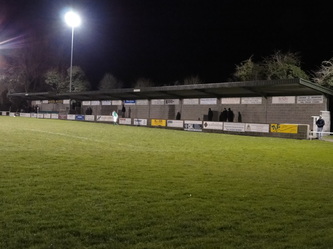 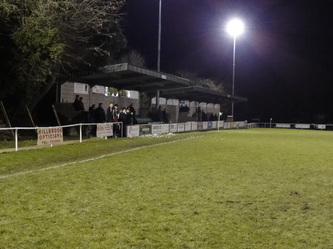