Walton Casuals FC 1-3 Thamesmead FC
Isthmian Veterans Cup Quarter Final
att about 13 although I think I was the only one not a friend of or related to one of the players. 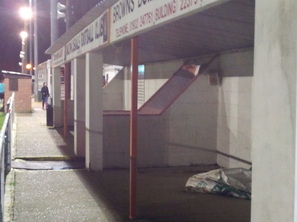 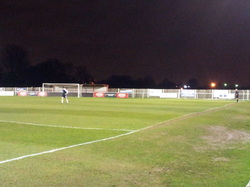 After the thrill and excitement of a cup game, extra time and penalties in South Wales last night, I left work just needing some more high spirited cup action.  Following a detailed search of all the fixtures sites, along with a number of specific club and County FA sites (and the fact that I only had about 30 minutes to get anywhere) I could not believe my luck when it became clear I could go to a cup game, tick off a new ground AND it was free entry.  So enter the Isthmian Veterans Cup Quarter Final between Walton Casuals and Thamesmead FC.  Living in Kent I felt a pang of loyalty towards the (borderline) Kent team from near Bexley and being a Vets player myself felt this was too much of a calling to miss.  I was not disappointed.

Game first this time.  It was a classic Vets match.  Older blokes who are hanging on to a sort of fitness and stamina level that means they can last the 90 minutes but as time goes on the tackles, passes and shots all start looking a bit tired.  For Vets though, it was a good game.  I am biased and feel my own Vets team would have beaten both teams hands down and all 4 goals were unspectacular but it was played at a good tempo and good humoured throughout.

Now the ground.  Good, neat tidy Step 4 ground (Ryman Div One South.  Having been to the other ground in Walton with Aldershot many years ago it was nice to complete the Walton double.  As you can see from one of the pictures I reverted to my Step 4/5 position in the second half of watching it from the inside the bar whilst an eye on the Liverpool v Citeh game.  Great (newish) clubhouse and the best Bovril I have had in ages!  Other than that, identical covered terracing at either end and the standard seats along the far side.  Nice ground.  No penalty dramas mind! 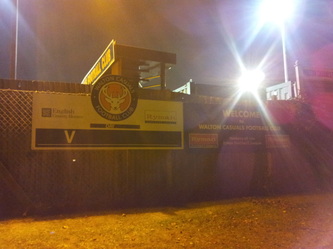 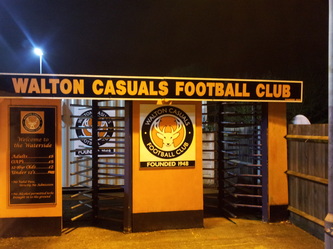 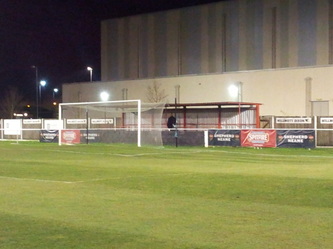 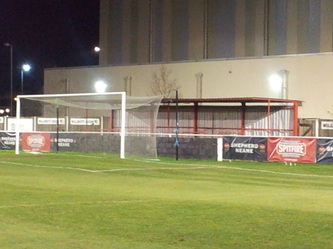 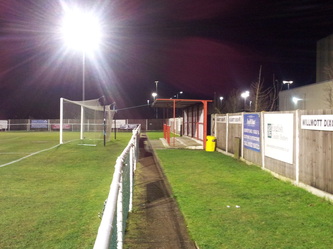 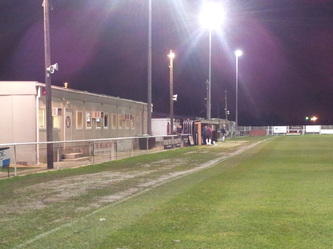 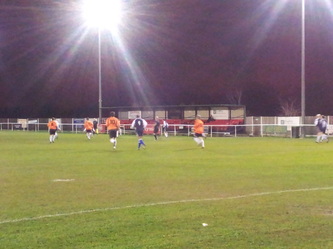 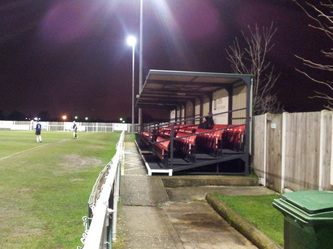 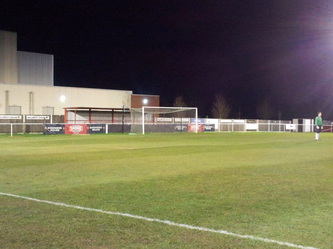 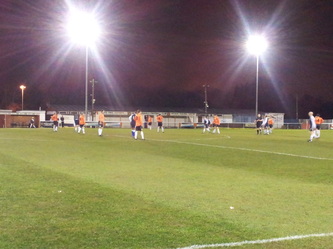 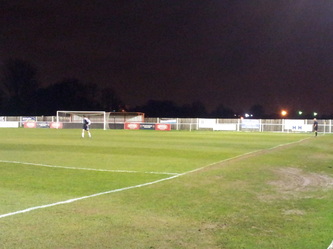 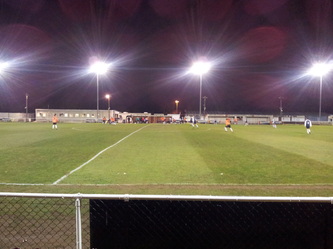 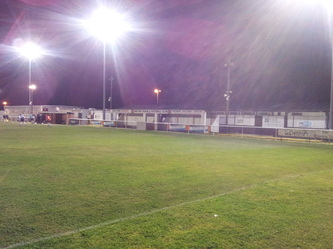 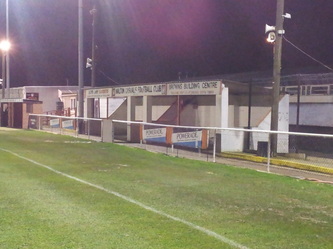 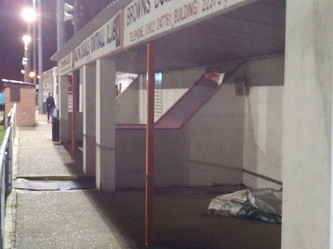 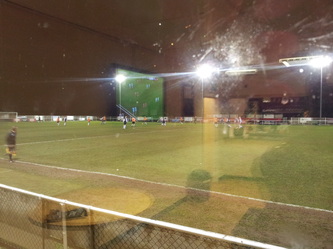