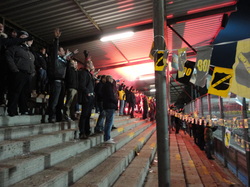 De koel is arguably the ground with the most character in the Netherlands, and to be fair it probably is as there aren't too many grounds similar to this.  I was very surprised when I read this ground was built in 1972 expecting it to be a lot older, although it has been renovated as recently as 2004 and 2007. After getting to the designated area for away fans we made our way into the away end. To do this you go from the other side of the stand, behind the home and and back in again. One interesting thing of note was the hut that you can get refreshments from was outside the grounds boundary (behind the walkway). The away end was pretty basic, a terrace perched on a hill with lots of things to make the view as bad as possible. At least it had a roof. The home fans in the other half of the stand had seats. The lower half of the hill at our end and to our left were a few rows of uncovered seats. The main stand was also perched on top of a hill. Looking at the roof it has probably been extended, the central section being made of glass. Next to this is the changing room complex. To get to the pitch the players have to walk down the hill, through a tunnel under the moat and then up onto the pitch. The stand opposite us and to the right were basic structures (Behind the goal had benches). The stand to our right curved either end so all the seats faced towards the halfway line.

In terms of the game itself NAC made a brilliant start. After 9 minutes luijcx scored a header from a corner then they hit the crossbar from 25 yards just minutes later. NAC went 2-0 up in the 25th minute following some lovely build up followed by an even better cross to find the man stood unmarked on the edge of the box to head past the stranded keeper. VVV then got a goal back minutes later when their man ran and he ran and still not pressed after all this running fired the ball in from the best part of 30 yards. The goalie perhaps could've been better, although replays showed there was a handball in the build up. Breda regained their two goal advantage in the 37th minute following a long ball, pass back and then a tidy finish from verbeek. NAC went 4-1 up when lurling dispossessed the last defender on the half way line and ran the ball hoe in the 45th minute.

Half time, 4-1 Breda and we were in a very happy away end, we still were at the end, but the second half was awful. There was literally nothing of note to write about, not that we could complain as it means NAC are 3 points closer to survival in the top flight. 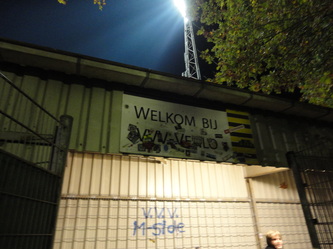 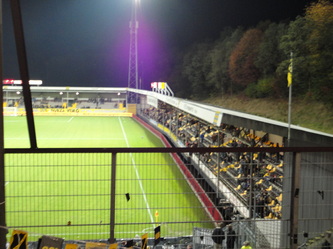 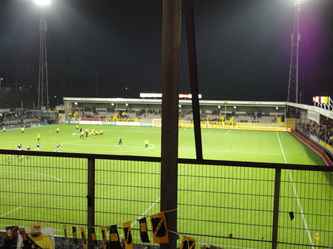 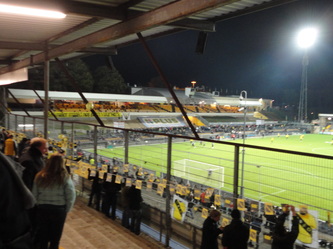 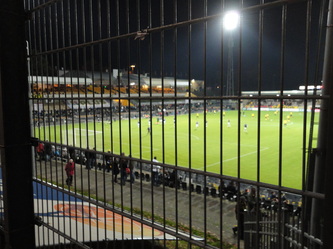 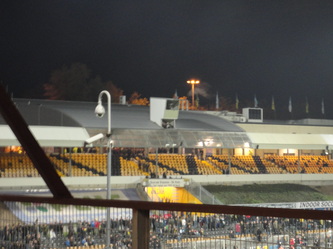 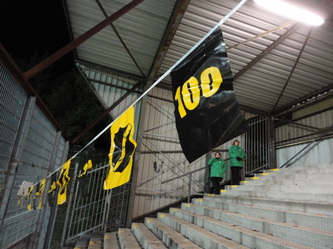 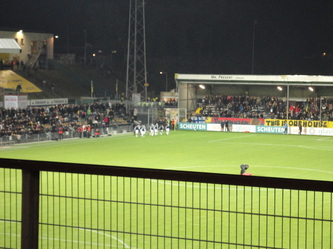 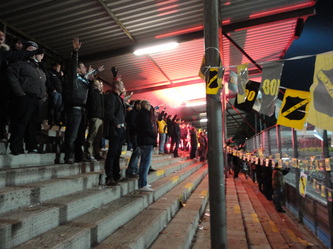 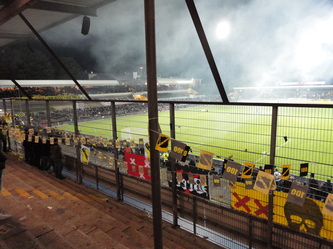 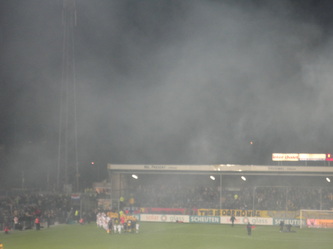 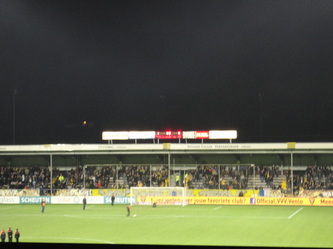