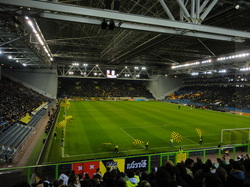 In the weeks leading up to this game I had noticed more and more talk about Vitesse's Wilfried Bony. Most notably from a West Ham supporting friend that believes he could be on his way to East London in the summer. Because of this, for once, I was intrigued to see just how good he and his Vitesse team were. This season they have had a cash injection which means they are within a chance of winning the league, although this may be unlikely. After the disappointment of the rather boring ASWH game in the afternoon we made the journey to the Gelredome in order to watch the nights match, via a petrol station to get our tickets.

Throughout the week Phil had been informing me that the ground didn't feel like it should host football, and in truth he was correct. Driving into Arnhem you are able to see the two large domes that form the section of the roof that close. We were disappointed somewhat that the roof was closed for two reasons; firstly it was a fairly warm day for a change and secondly the photos would come out gloomy. In hindsight the ground was pretty gloomy anyway. Approaching the compound there is no reference to Vitesse. The corners plastered with banners proclaiming the place to be the largest theatre in the Netherlands. After parking up and going through the customary search we walked up the several flights of stairs before entering the concourse. To keep with the arena feel it reminded me a lot of the concourse at the Hallam FM arena in Sheffield. It was through another set of doors before we were finally looking onto the pitch.

As with the exterior the interior was also disappointing. Wiki notes that the capacity of the place is 25,000 for football, which we thought was a little large. The obvious flaws in the design are the corners. They look horrific and make it feel like you're not part of the crowd, with the view of a whole stand disappearing when near them. The roof looks bulky and the stands don't seem right. The poles along one side suggest anything other than a high tech stadium and the seating pattern is horrific. Add to that, even when the whole ground was singing, it was pretty quiet. I am really not a fan.

In terms of the game I spent most of it watching Bony. He had about 4 chances all game. He scored with his first. Tested the keeper with the second. Narrowly missed the third and finished the fourth. Exactly what you want from a striker. In truth Vitesse barely had to get out of first gear as they were clearly the better side throughout. After the game we were held back for a while, but once on the motorway it was a pretty quick journey home. 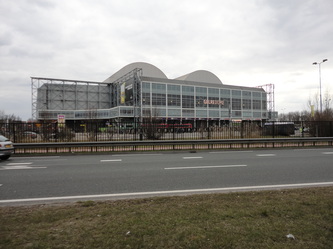 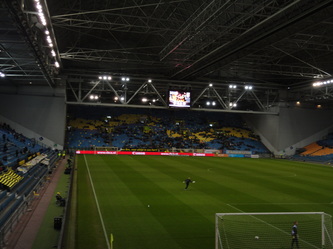 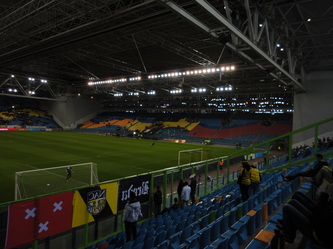 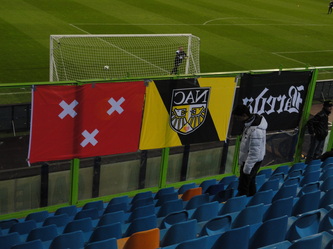 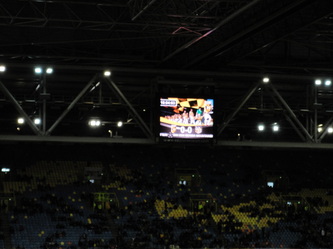 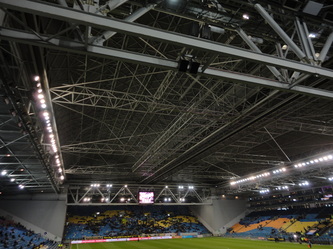 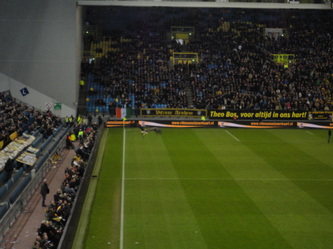 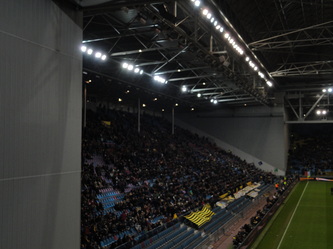 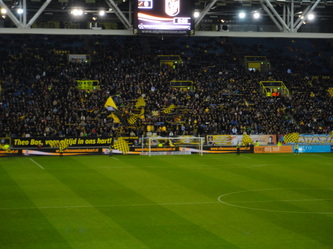 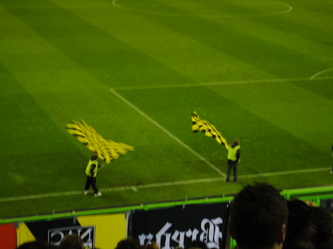 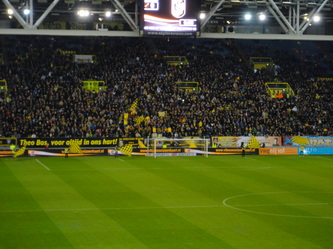 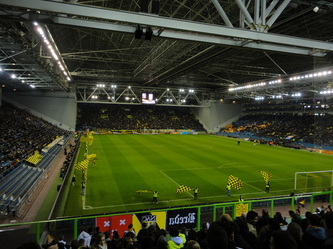 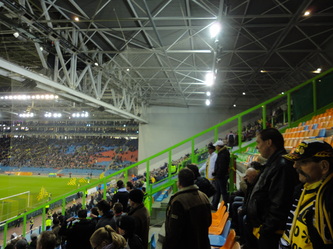 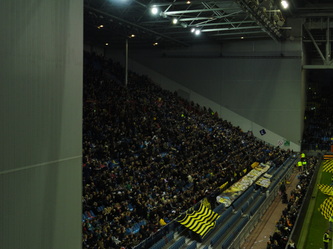 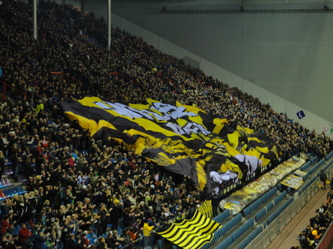 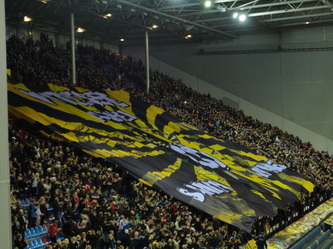 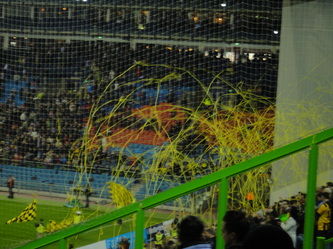 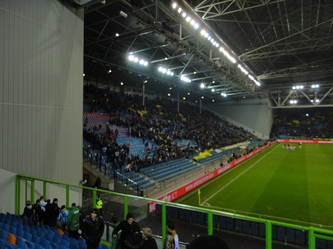 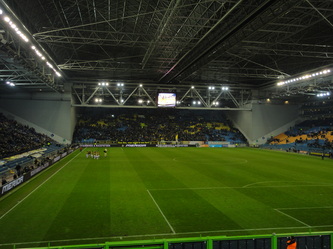 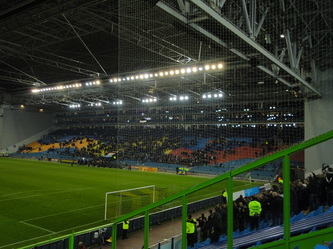 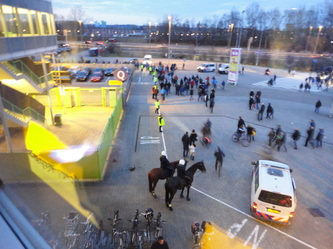 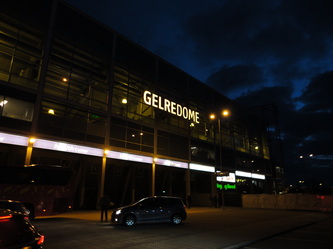