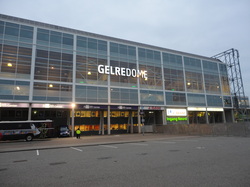 Toss of a coin. 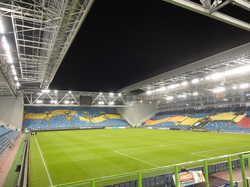 Roofs that close, pitches that slide out and lot's of executive boxes. No, it's not traditional or modern Dutch so in that respect it is a refreshing change. But with the roof open and the pitch in place (i.e. configured for football) you would hardly describe it as a wonder of modern stadia. Pillars along the side were a surprise, as were the seat colours, and the corners, whilst essential to keep the roof up, didn't do it for me. Vitesse play in yellow and black, yet you wouldn't know it. In fact, empty, you would struggle to work out which team played here. I guess that is what happens when you have a multi purpose stadium that is billed as the 'biggest theatre in the Netherlands'.
Look, I'm not knocking it. It was a bold and, overall, successful move and with their Georgian billionaire they have the potential to compete at the top in Holland. But I'm old school. I like my roofs open and my pitches not in the car park.
The away fan hold back at the end did at least give us the opportunity to see the roof closing, even if the evening was summed up by us having to leave before it was fully closed!
Featured game Vitesse 0-0 NAC (20-9-11). Vitesse won 5-4 on pens. 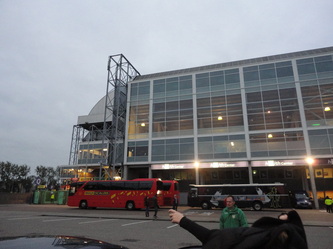 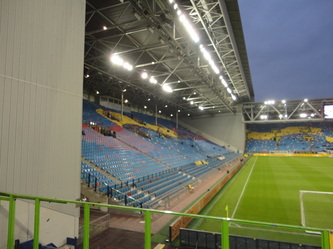 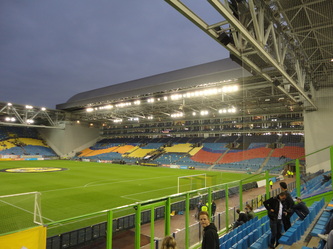 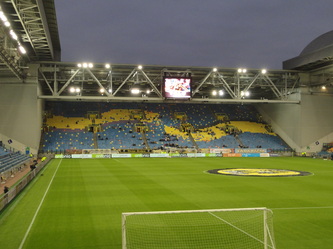 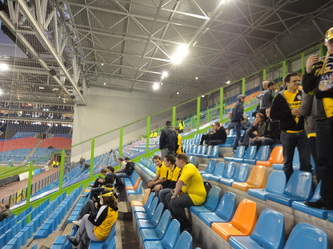 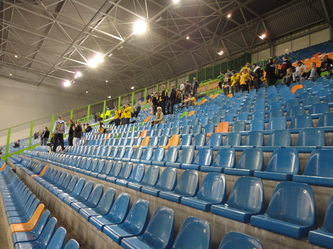 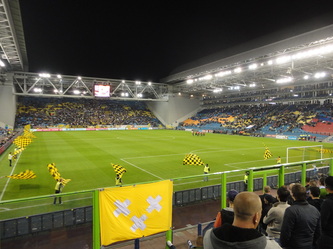 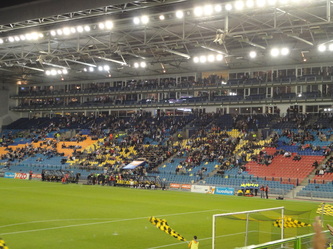 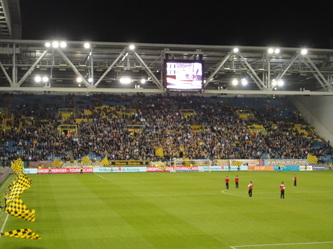 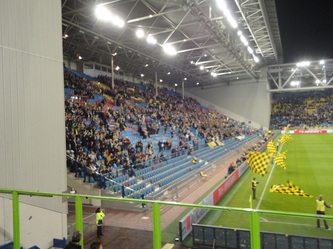 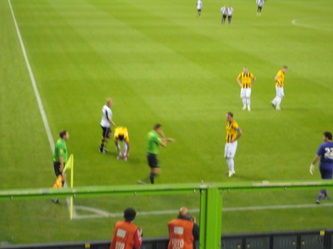 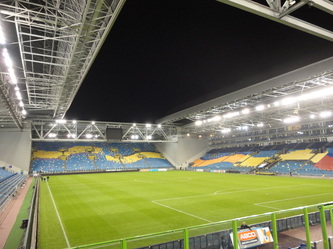 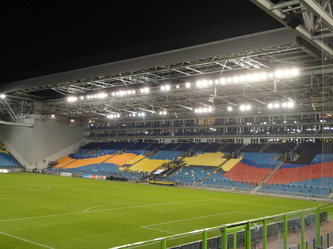 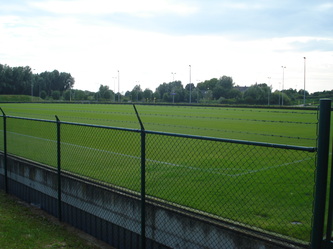 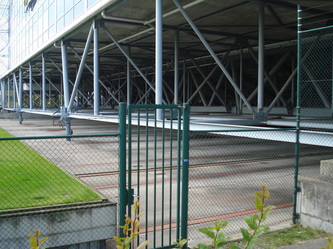 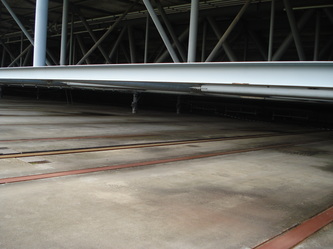 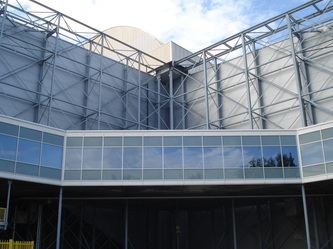