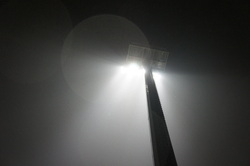 As you may have guessed there wasn't a Non-league Tuesday extravaganza this week, instead it was off to tick another ground off in Germany. For me this was to be ground number 17 in my personal total for Germany. This time was to be a short journey to over the border to see a Regionalliga game. I have only mentioned the league of which this is being played as in the forthcoming days we are planning on seeing a game in each of the top four divisions in Germany. Arriving at the ground we were directed to a small car park where we were left to trundle across the mud to arrive at the turnstile. Both home and away supporters enter through the same are with segregation being limited to a sign by the entrance, not that it made much difference. We decided to sit in the block closest to the exit meaning that for today's game we could be considered "Home supporters."

The ground was pretty smart having undergone recent renovation works bringing the stadium up to a sufficient standard following their promotion last season. The works has seen the ground brought down to two sides, but the current 6,214 capacity is plenty for the gates the team currently pull in. We were sat in the large Grandstand, as an estimate I'd say this has the ability to hold 2,500. Elevated slightly off the ground and having a rather steep rake the views are pretty decent. The only thing that confused me was when I looked up I kept thinking that the roof was temporary as it was painted blue. Opposite us was an uncovered terrace that stretched the whole way along one side. This is split between home and away fans, although for this game the away terrace was shut after about 5 minutes. The home fans stood on this side created the only noise, while not being loud; it was nice to hear some sort of atmosphere. At either end you can see the shape of where the terrace used to curl round. Now one end is a grass bank (off limits) and the other is a VIP tent. As part of the summers renovation works 4 new floodlights had been installed, in true German fashion they are massive and can be seen from quite a distance.

The game itself finished as predicted. The home side went top with this win, while the visitors are still languishing towards the bottom of the table. All three of the home side’s goals came from the captain, Wunderlich. In the first half he score an unbelievable free kick from 30 yards out that curled into the opposite top hand corner. The majority of the rest of the first half were end to end, but neither created decent enough openings. The half time was one of the quickest we have witnessed, with the second half going just as quick. Viktoria went down to 10 men shortly about 20 minutes into the second half with a player being consigned to is second yellow of the match. He strongly diagreed with this, refusing to go down the tunnel and the game not restarting until he’d disappeared. He captain got his second later in the half with another awesome free kick from about 25 yards out, much to Phil's disbelief. For both goals he went “there is no way he'll score from here" so it was pretty funny when he did. The visitors scored a scrappy consolation goal shortly before the end, but Viktoria regained their two goal advantage with the last kick of the game. Wunderlich scored his Hat-trick goal with a very smart finish on the edge of the area. 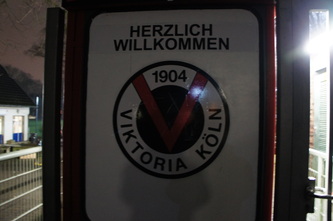 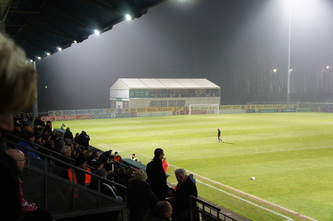 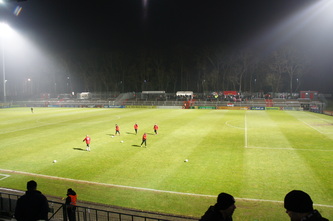 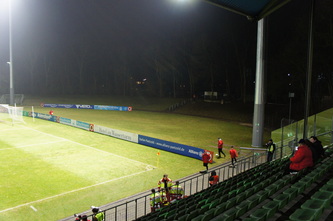 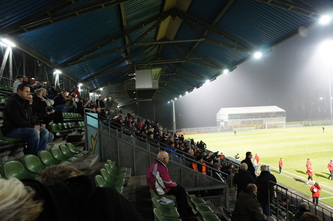 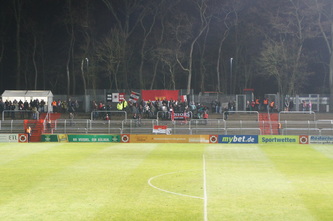 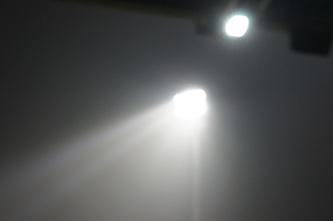 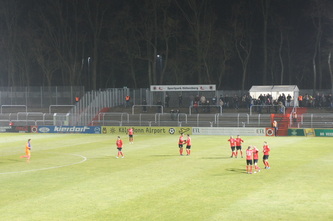 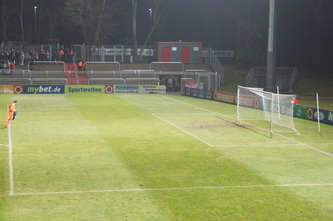 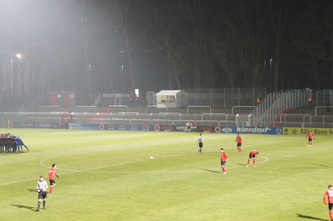 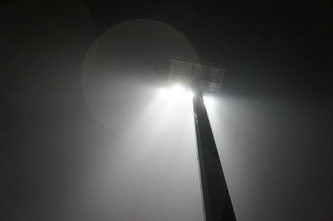 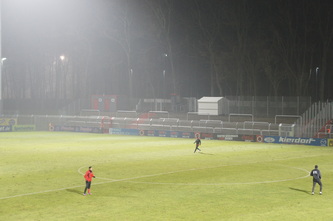 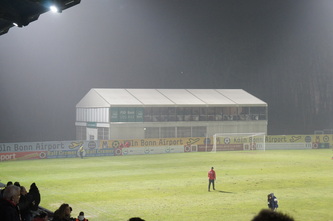 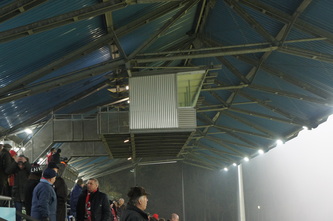 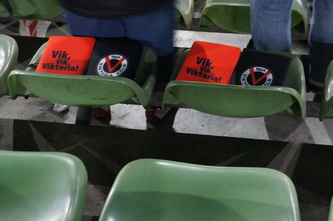 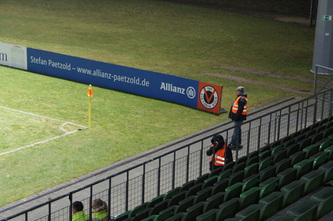 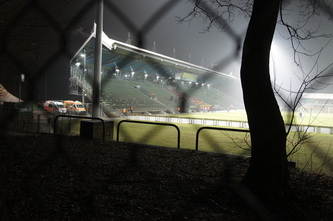 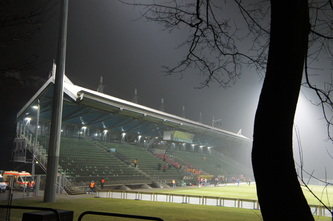