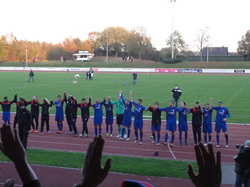 For the second consecutive sunday PDM were watching Uerdingen, this time following them up to the small town of Rhede. As mentioned in previous blogs, they shouldn't be in this league, but you can only beat what is put in front of you. Today's opponents now sit 23 points and 14 places behind the champions-elect.

We arrived shortly before the majority of the visiting crowd, including 3 buses, and parked in a field across the road from the sports complex. In truth we were probably closer to the pitch than the changing rooms. After making our way to the entrances we headed towards the away entrance. This was two men sat with a box of change, a table and some programmes. He seemed pretty confused as to how much to charge us so ended up making up the change, we think. The other side were stewards who seemed to be searching every 3 people and some policeman stood around, again not doing a lot.

From here we had to walk round the back of the main stand to the far corner where the away fans were to be housed. The truth of the matter was, this was segregation simply for the sake of having segregation. There was some red and white tape, and a small barrier at the back. No one seemed to mind that the visiting fans were walking past this to the shorter queues in the home end, as well as the social club in the far corner. We decided to remain in the designated away end throughout. This was the far end of the decent sized main stand. This ran the full length of the pitch  and was fairly steep. The seats were benches bolted on top of the steps. Either end were paths that followed the curve of the running track with the opposite side being a grass bank. The changing room complex was tucked right in the far corner next to the junior pitches behind the grass bank.

It was plainly obvious from the start who should win, being 11 points clear. Unfortunately they couldn't avoid hitting the post more times than I thought possible in a single match. KFC had the better of the early possession, coming agonisingly close several time, including hitting the crossbar from a looping shot in the 15th minute after hitting the post shortly before. Minutes later they had a goal disallowed for offside, when it was easier to be onside than not. They finally took the lead in the 27th minute when Issa Issa was given space, reached the edge of the area and fired the ball low past the opposing goalie. It must be said that he should've been able to atleast get a hand to the ball but full credit to the attacker. Uerdingen doubled their lead shortly before half time, a cross from the right found Marc-andre Nimptsch in the middle to head home. Shortly after Rhede had their first shot, smartly saved by the uerdingen keeper. Half time came with the score at 2-0 to Uerdingen, as the teams made the very long walk to the changing rooms.

Straight from the start of the second half uerdingen went looking for goals, notably hitting post from a tight angle. Uerdingen then hit the crossbar again in the 65th minute from a blistering shot from 25 yards out. uerdingen hit the crossbar for a third time as a cross was swung in, with the oncoming attacker heading the ball onto the top of the woodwork and then again for a fourth time shortly after when a shot came in from 30 yards and was palmed onto the woodwork by the keeper. The final 15 minutes were rather drab with Uerdingen in control. They had a couple of chances, notably a long run from Meik Kuta finishing with a shot bouncing narrowly wide.

With this Uerdingen maintained their unbeaten run to 13 games, and remain 11 points clear at the top. We returned to the car after what was a thoroughly enjoyable afternoon in a nice setting. 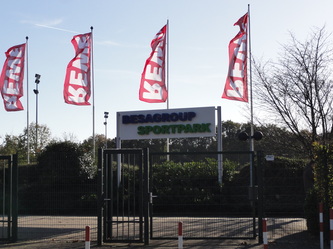 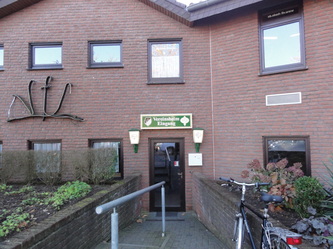 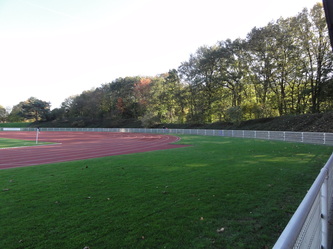 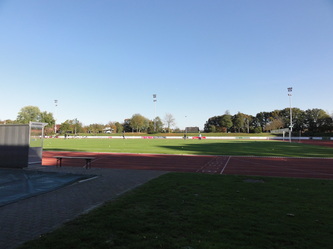 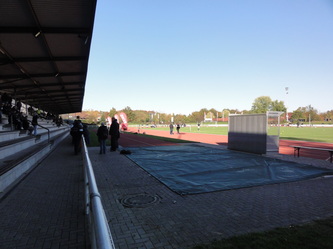 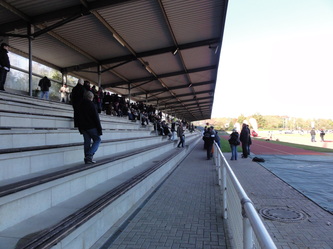 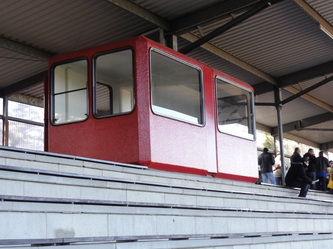 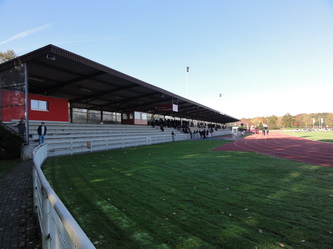 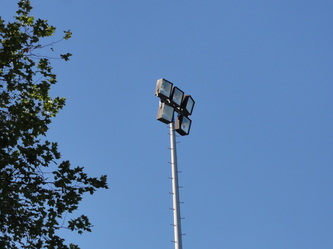 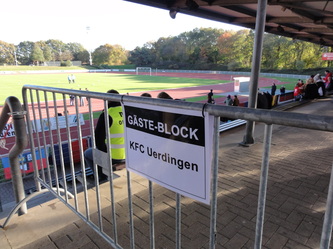 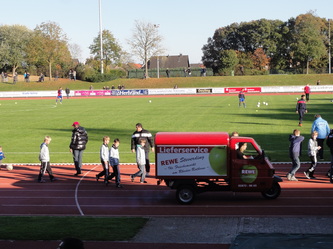 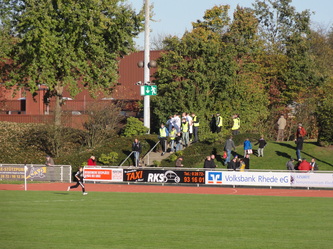 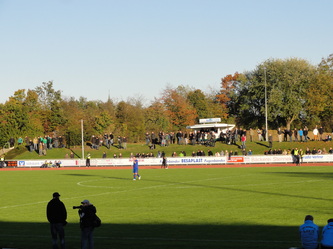 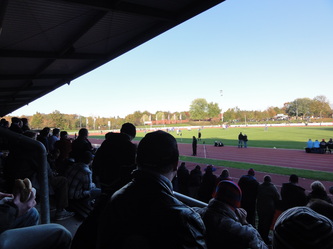 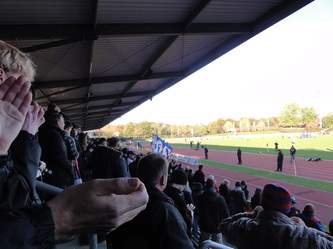 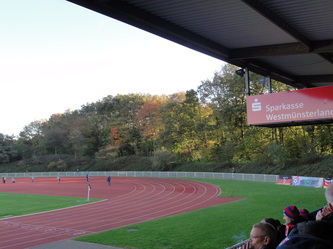 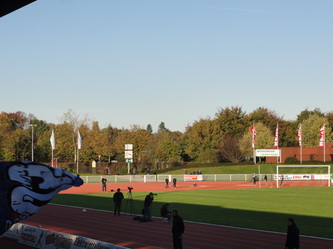 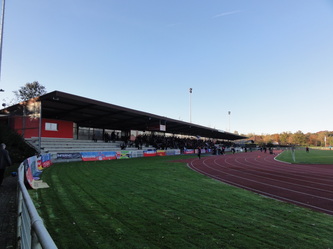 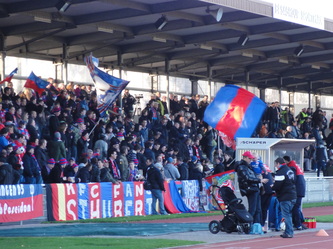 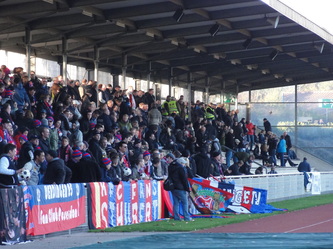 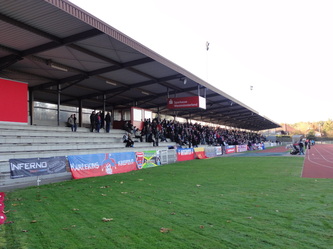 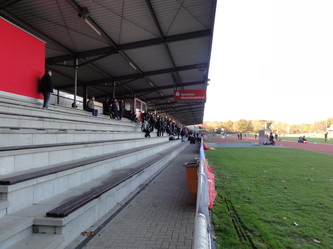 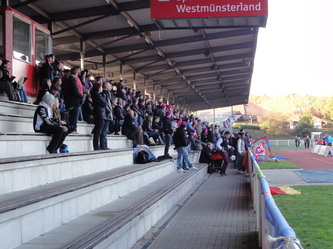 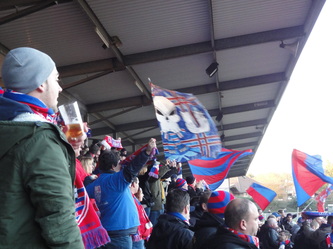 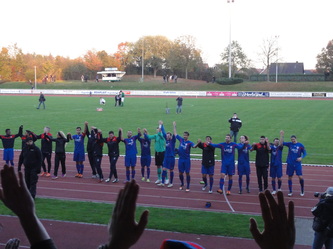