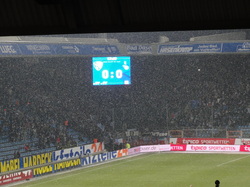 4th Day. 3rd game. 2nd Division. As we broke past the midpoint of our 4 games in Germany we headed back to NRW in order to catch the local derby between VFL and MSV. As with the previous two days it was cold, very cold, but we still headed over more in interest than anything. The day before we had pre-booked our tickets on the terrace, and knowing of the multi-storey car park nearby we didn't have to set off too early. Arriving into Bochum we were greeted by a light dusting of snow, and a sudden temperature drop. A short walk later, via the purchase of a currywurst, we were stood on the terrace awaiting the game to start.

The Ruhrstadion is one of those grounds that looks poor in photos, and yet it is still likeable. Rather like a really ugly dog it has that charm that make you want to visit. I don't know if anyone else thinks this way, but on both visits here I have been given that impression, although it is definitely growing on me with each visit. The ground dates back to 1911, and in its current form has a capacity of just shy of 30,000. All 4 sides are uniform in height, with the large floodlights looming over the ground. 3 of these sides are seated, save for the away terrace in one corner. The final end is the terrace, on both occasions this has housed the majority of the support, the main reason for this is most likely the pricing (See week 7&8). There is also the added bonus that stood on the terrace was a lot warmer than anywhere else, I felt like crying when we went behind the stand it was so cold.

In terms of the game, I have forgotten what happened, except the MSV scored a screamer in the dying moments. The main reason was that I was focussed on what was happening around me (And staying warm). Both teams created a decent amount of noise. Well I assume this, as for the large part the home terrace drowned out any of the noise that MSV made. Throughout the game, however, it was obvious they were attempting to support their team, all 2,500 of them. In the end, I'd guess neither team would be disappointed with a draw as they can't really afford to lose. 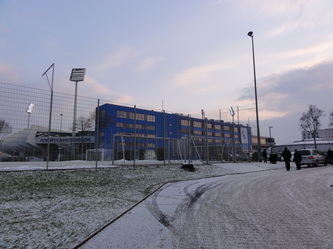 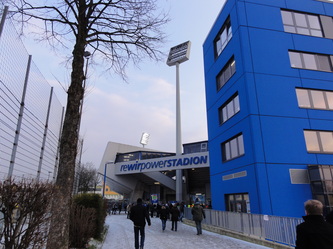 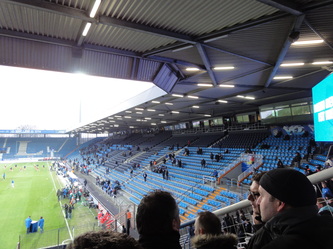 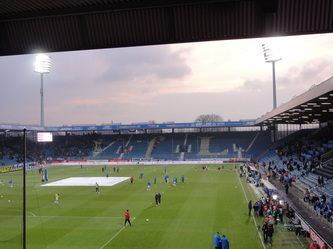 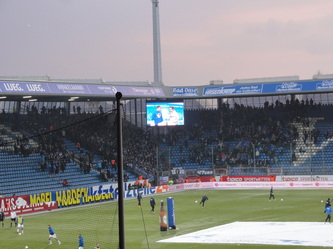 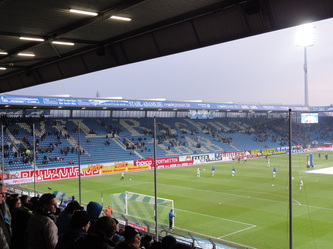 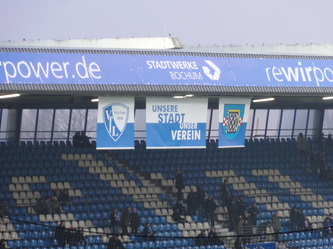 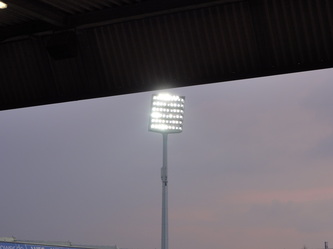 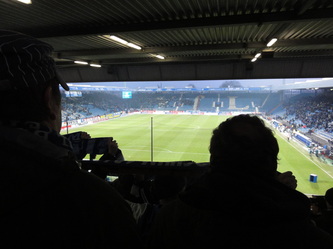 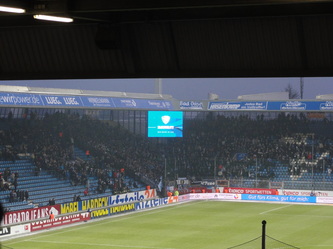 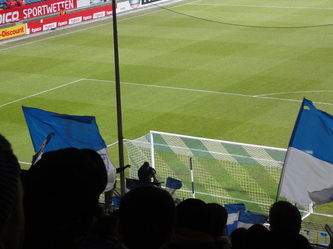 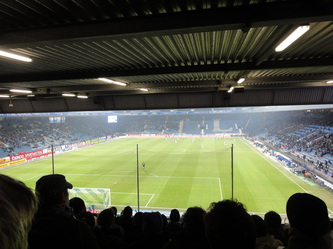 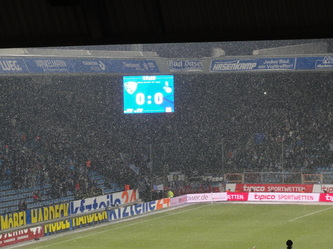 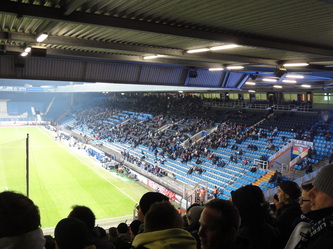 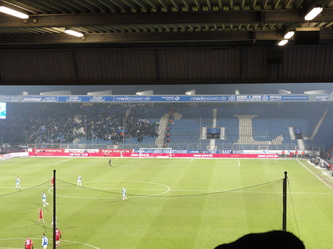 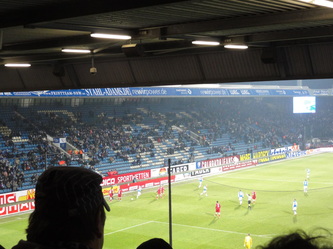 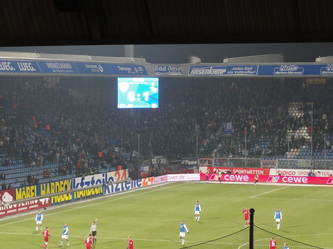 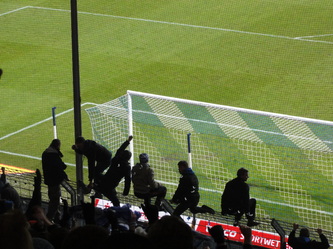 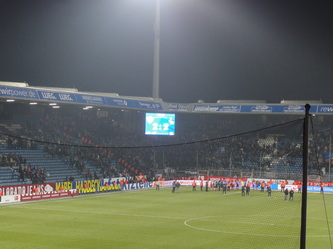 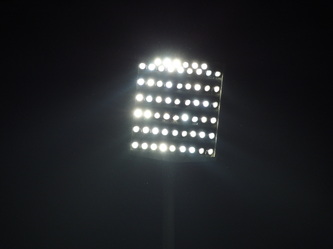 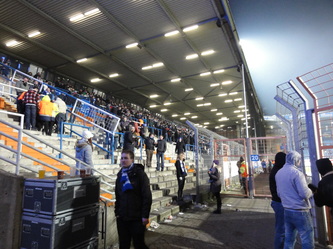 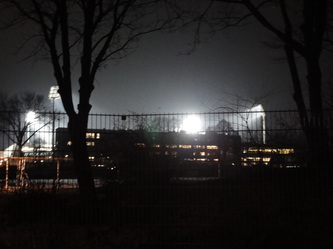