Always go with your first instincts 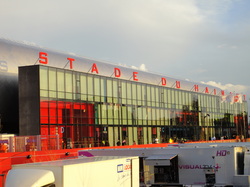 Friday 12 April was a very slow footballing Friday, with there being very little of interest in and around the low countries. Dordrecht were on a bus combi to Maastricht and, given their two home showings last week, I didn't fancy sitting in the home end whilst MVV improved their goal difference. That said, I normally always give them the benefit of the doubt and go.
I had muted the idea of going to Valenciennes to Dan whilst we drove back from Port Vale Tuesday, but I could tell from his response he thought little of it, and to be honest I knew in my heart of hearts that I was stretching it abit with that suggestion. But deep down I am a groundhopping addict and I convinced myself that 2 hours was not that far (in truth it isn’t) and that €17 was a very good ticket price (indeed it is). However, the problem is not time and money, but more the fact that I don’t think that the French, on the whole, really get football, well not how I understand the global game. I always think that going to a French game is akin to an MLS game, and regular readers will know my views on that!
The Stade du Hainaut was completed in 2011 at a cost of €75m, holds 25k and stands as a shining example as to why the French should stick to designing art galleries and museums rather than football stadiums. You can create as aesthetically pleasing a stadium as you like, but if it doesn’t  function when the fans turn up, then it is fairly useless. Whatever you views are on the bizarre exterior or the total red interior (I don’t like either) you need to make sure that the facilities are readily accessible, the seats offer some sort of room and the sightlines are good. Well the sightlines are good, but the facilities poor (the number of toilets is a real issue they need to address) and the width of the seats laughable. The stadium also appears to have been specifically designed to channel any wind up the back of the stands and onto the fans.
The seat bowl itself is two tiers of seats with video boards at either end. There are executive boxes and press box on the tunnel side. Opposite this, the lower tier has around 50m of rail seats straddling the half way line, the kop where the home noise came from. Not that they needed to have bothered as they were totally out sung by the 500 or so away fans.
As for the game, well it was poor, very poor. I was particularly unimpressed with the visitors who were in thrid place before the weekends round of games. Their number 7 was the standout player, but I remember only one real chance (to the hosts). Most of the time the ball was stuck in midfield.
I was contemplating an early 'traffic beating' exit when news came through of the Sheepheads 5-2 win in Maastricht. Instincts hey? 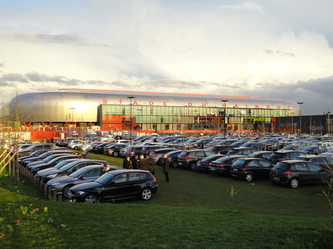 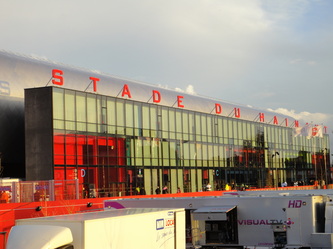 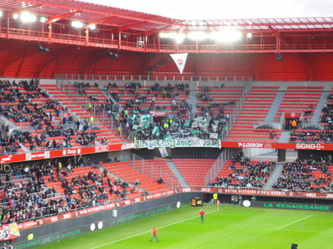 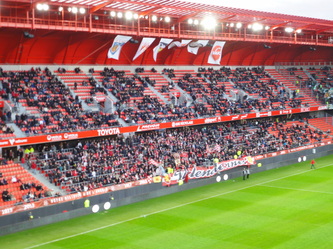 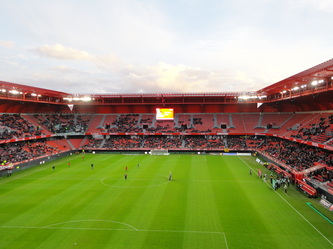 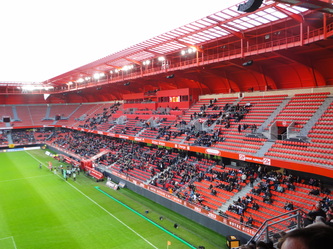 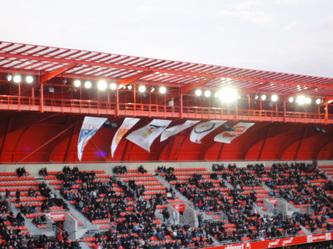 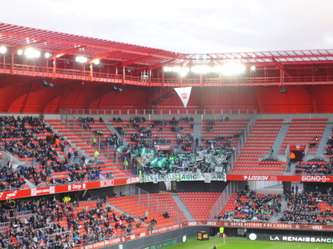 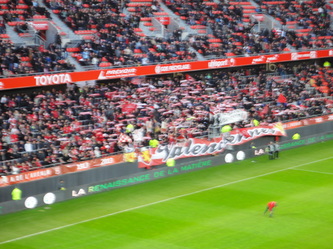 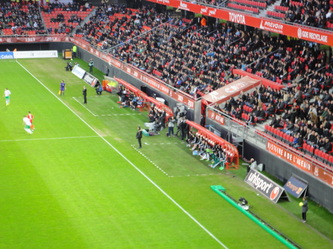 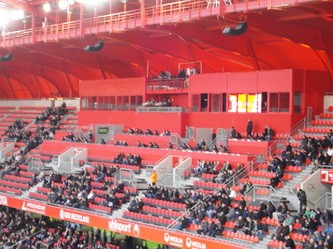 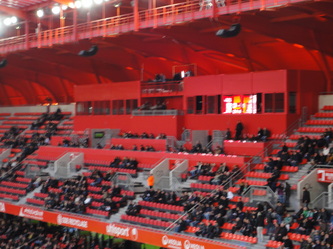 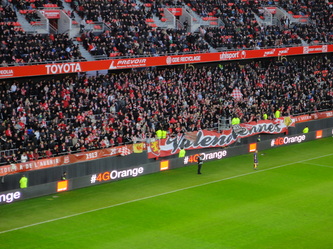 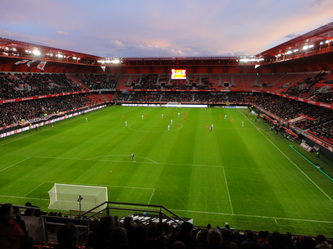 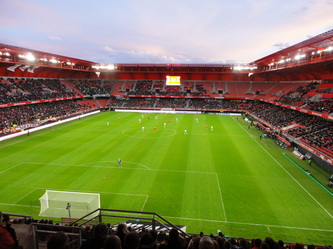 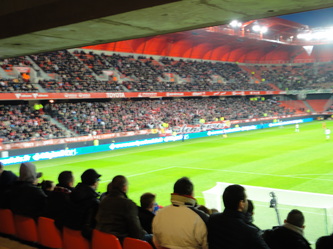 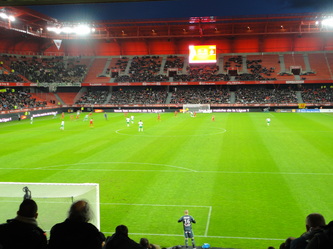 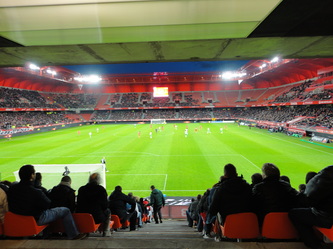 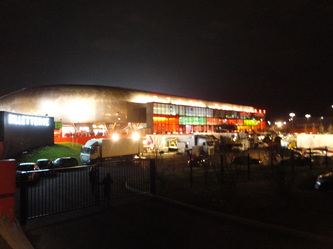 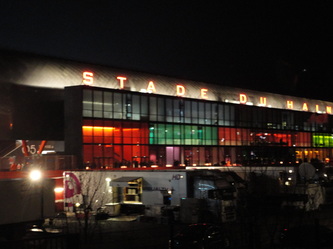