Media Spotlight or Mockery of the FA cup? 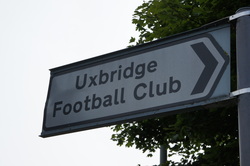 Earlier this year Budweiser entered into an agreement with Wembley FC in order to become their sponsors. They have helped to improve the infrastructure, these have included improvements at Vale Farm and a club minibus. The Marketing Director of Budweiser came out saying how they wanted to work with grass roots football. In March they hired Terry Venables as a technical advisor. Then in June they announced that they would recruit a series of ex-processionals in order to play in their FA cup campaign. These were Ray Parlour, Martin Keown, Graham Le Saux, Claudio Caniggia and Brian McBride. David Seaman was announced as goal keeping coach, with Ugo Ehiogu signing the week prior to this game. I can only view this as a marketing gimmick by the sponsors of both Wembley and the FA cup. One thing for sure is it has captured the imagination of those that don't usually take too much interest in the Non league game.

The journey to West Drayton was easy, involving one change at Reading. From here you walk out of the station and head along the main road over the river. A right turn follows onto Horton Road until you reach a sign for the ground. Along here I started chatting to an Uxbridge fan about the team and what he was expecting of this game. He seemed pessimistic saying that if they had last years team then he would view Uxbridge as favourites, but they lost a number of key players from their third place finish and he viewed the replacements as not as strong. We turned the corner of the path to the ground to be greeted by lots of Cameras and ESPN trucks. This was to be the live game shown after the Berwick v Rangers game. This is where all the normality of going to football and what I love about Non league stopped. I made my way over to the turnstiles and enjoyed on of my last games of being able to pay Junior prices, well except the fact I didn't have to pay. Uxbridge, to their credit, decided not to take advantage of the larger than normal crowd and stuck with normal ticket prices. The gate today was 754, they got 94 on Tuesday night meaning the crowd was a 702% increase! I was greeted by a smiling lady the other side whom I separated with £4 for my customary Badge and program prior to walking round the ground for some photo's.

Either end featured small, three step, covered terraces with a narrow path going either side of it. Along one side was a small covered seating stand. This had a roof that was bent and looked like it could fall down at any point. I imagine at a normal game the view would be more than adequate, however today wasn't a normal game. ESPN had decided to position their camera gantry bang slap in the middle of the stand, so much so that the whole stand had scaffolding in front of it. The final side had pillars any way. This was a decent sized covered seated stand. The main problem with is was the wind shields either side mean you have to go through a glass door to get into it, while those that want to go to the other side of the ground have to walk behind it past the separate tea bar. I was impressed with this, it had a cafe feel to it, while the staff were well prepared for the size of today's crowd.

The game was a rather dull affair. The only known players in Wembley's starting line up were Claudio Caniggia and Ugo Ehiogu, although this didn't stop the game having the feel of something like a celebrity XI game. Although that was probably due to the amount of Premier League fans who had no clue of the non-league game and the amount of people in different teams shirts. Wembley took the lead when their player did a slow motion run around the slow motion keeper before blasting past two defenders. Their second goal with a shot into the top corner from a rebounded shot. The second have was all Uxbridge, they got their first from a lovely curling free kick before taking the game to a replay a minute later. 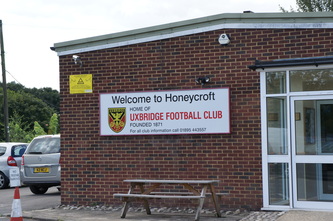 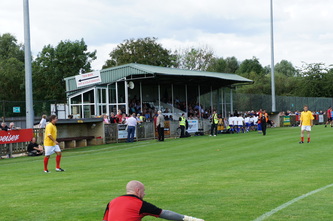 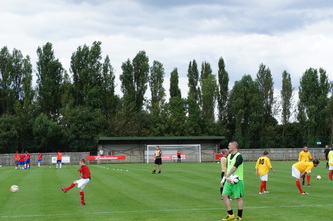 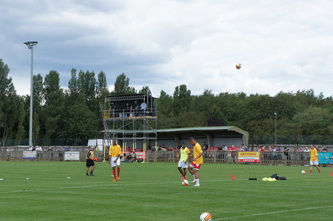 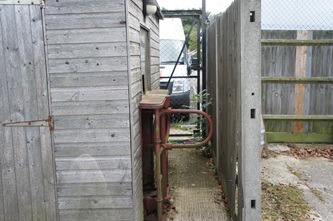 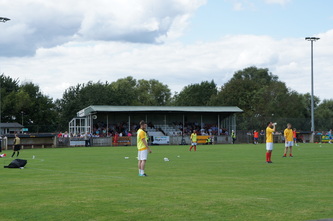 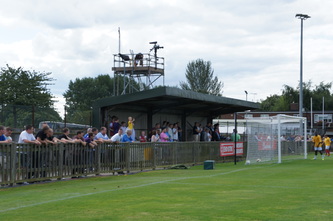 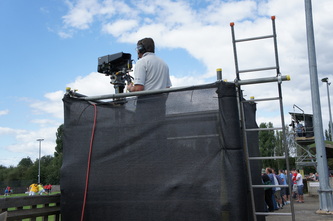 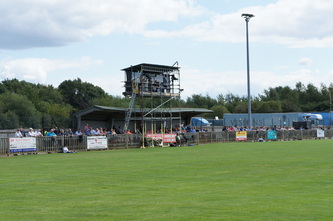 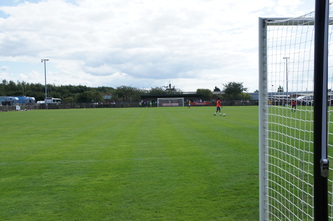 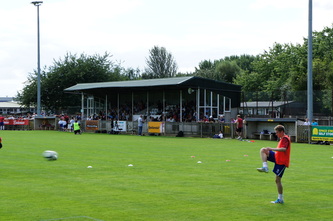 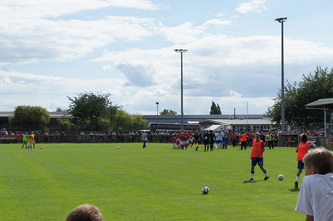 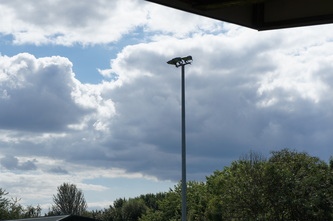 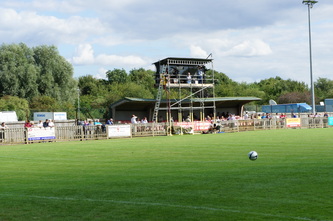 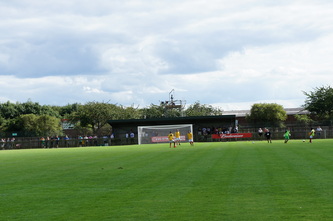 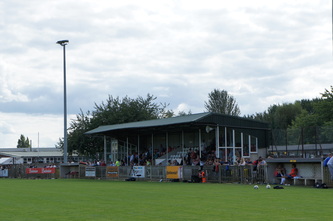 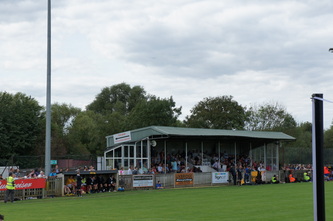 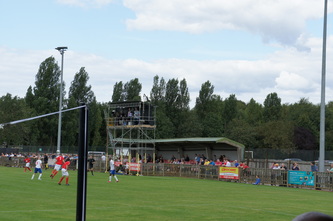 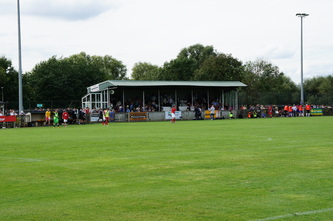 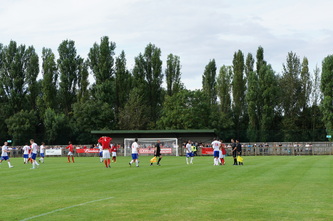 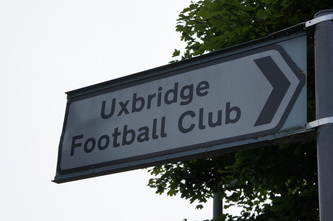