One of the advantages of being an Englishman abroad is that, when it comes to footballing rivalries, you are allowed to completely ignore the very rules that everyone else has to abide to. Hence, much to Hans Red Magic's disgust, I can like Club and Antwerp. Likewise in Holland I can support NAC and yet still like other teams that I don't think I should!
Which leads us nicely to an afternoon out with the family Velthuis, long standing fans of the club from the middle of Holland at one of my favourite Dutch grounds, Galgenwaard. Totally rebuilt with four steep stands, it is an atmospheric ground with excellent sight lines all round, and illustration that, even in the country that defines the term 'box stadium', all new builds do not have to be the same.
On the pitch, Europe chasing Utrecht really struggled to see off a hard working, but very limited RKC side. The roar of relief when the winner finally went in was clear to hear.
But win they did, and they put themselves in a great position to claim a high seed in the end of season play offs. And so my hosts for the day (to which I offer a big thank you for a great afternoon out) were happy, and, by preventing RKC going above NAC so was I. But whisper it quietly, I always am when Utrecht win, except for two games a year!!!! 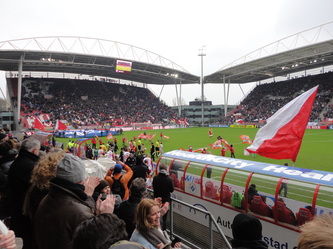 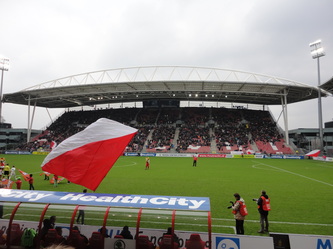 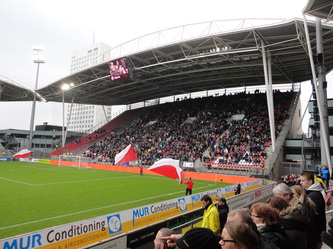 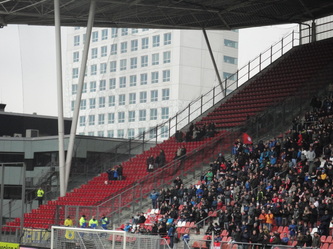 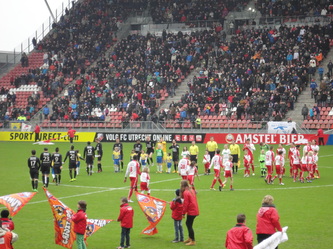 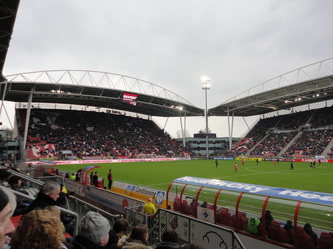 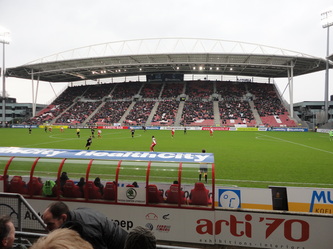 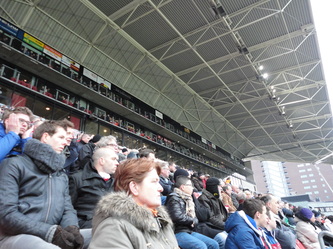 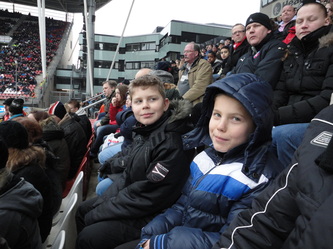 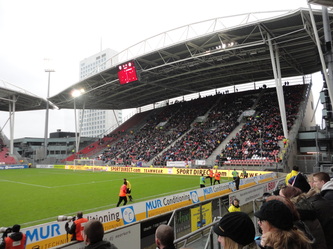 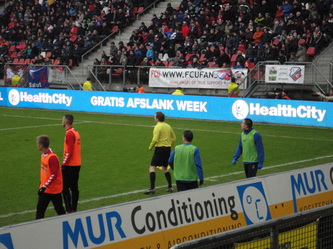 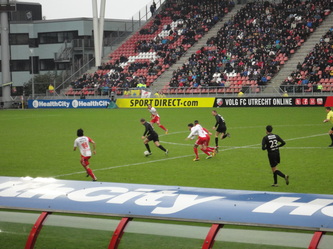 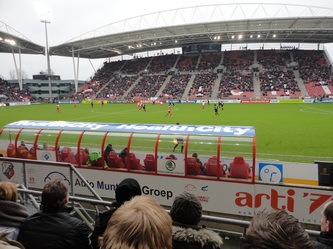 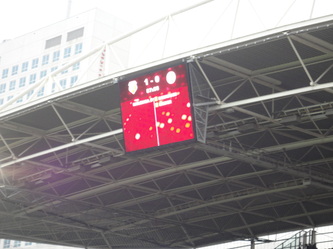 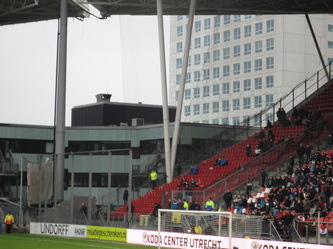 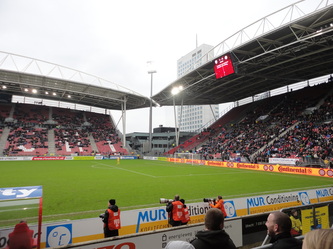 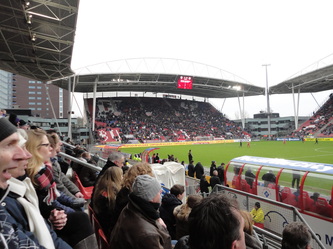 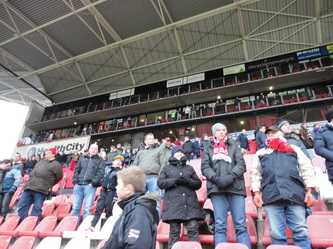 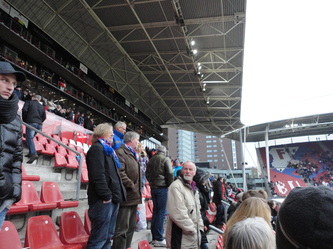 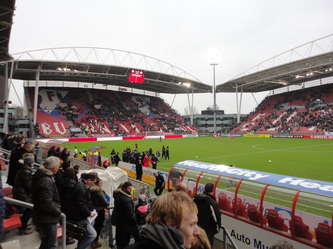 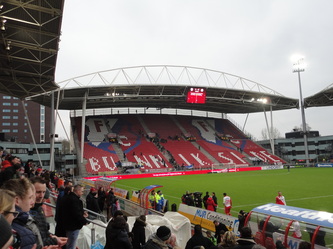 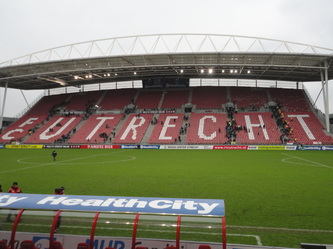 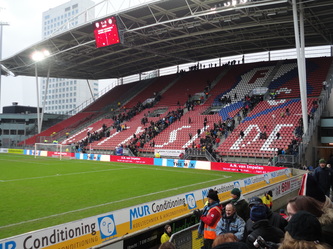 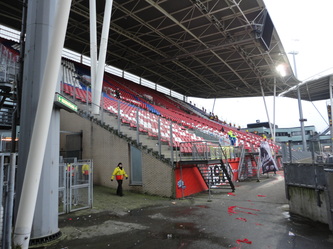 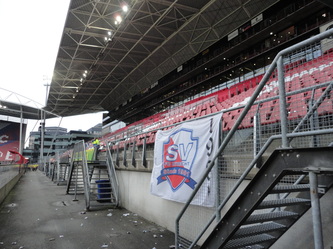 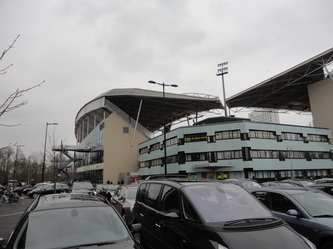 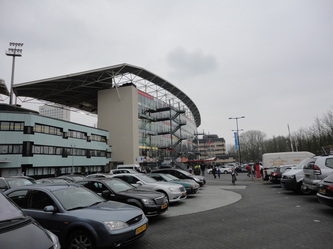