Sometimes it's strange the way people react to the same game. Personally, I thought Utrecht were well worth at least a point, and if the excellent 48th minute shot from de Ridder had gone in rather than crashing off the cross bar, then they may well have gone on to win. Albert, my Utrecht supporting friend, was delighted with the draw, thought they were holding on and was relieved when the final whistle blew. Still, whatever your opinion, there is no way someone dropping in on the game without prior knowledge would realise that one team was top of the league and the other struggling just above the relegation play off places. Kind of sums up Ere Divisie 2013-14.
Off the pitch it was a clash of cultures too. The home fans were classically Dutch, in the chants they sang, the tempo of the chanting and the whistling and boo-ing. Ajax fans had a more 'German' feel to them, flag waving group at the front with a 'Capo' and accompanying German tunes. However, whether it was the early start, of the fact that so few 'chanters' appeared to have tickets, the atmosphere from the away end never really got going.
And so the game ended with honours even (probably to the delight of the local police) and we retired for an afternoon in the pub to discuss our differing opinions on the game. However, there was one thing we did agreed on. Whoever has the foresight to quickly move that flare when the large surfer went up the Bunnikside, did us all a good service!! 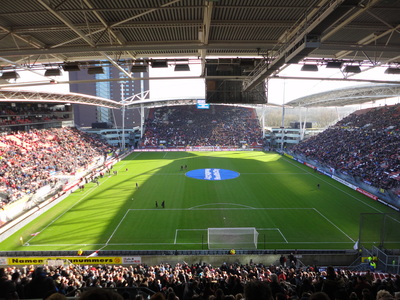 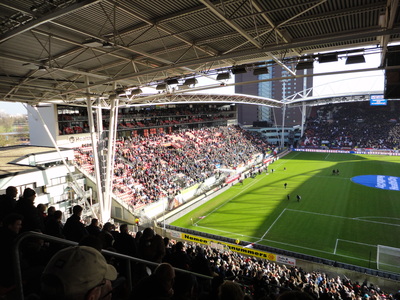 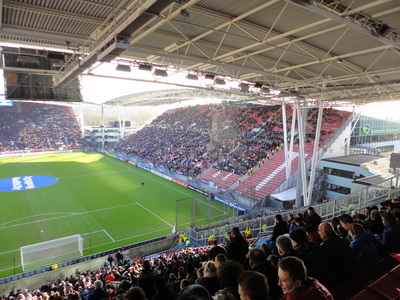 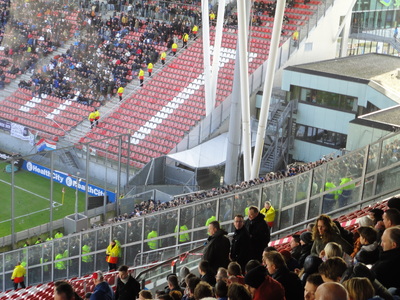 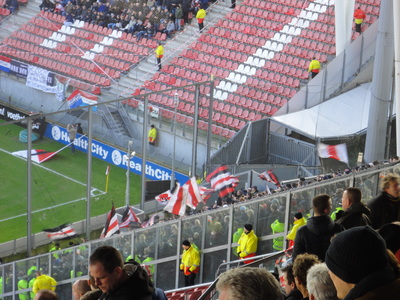 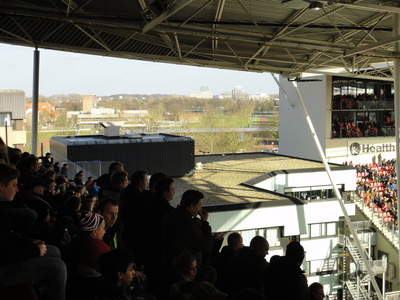 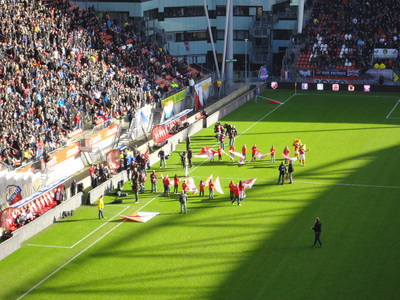 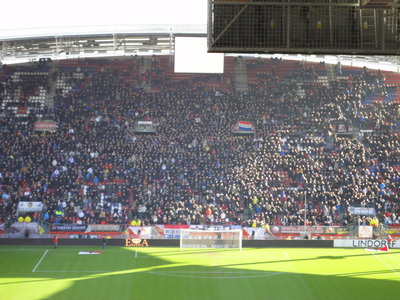 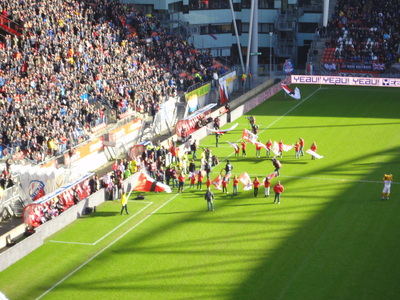 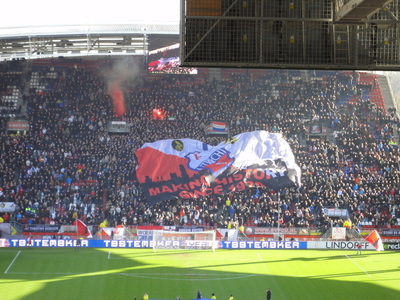 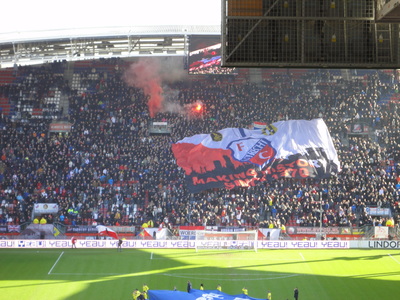 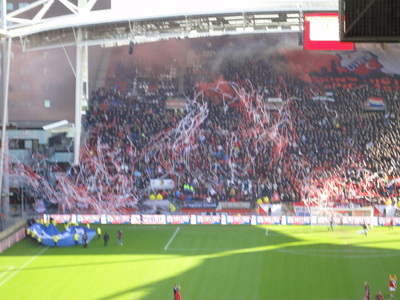 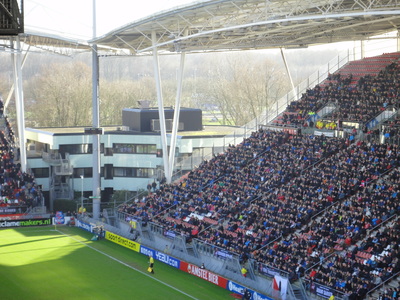 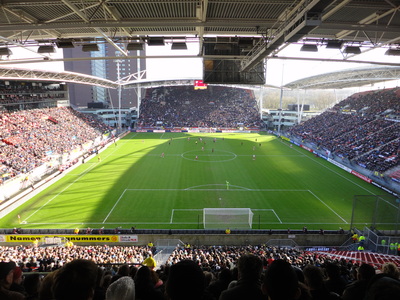 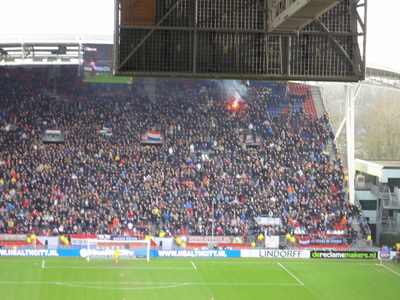 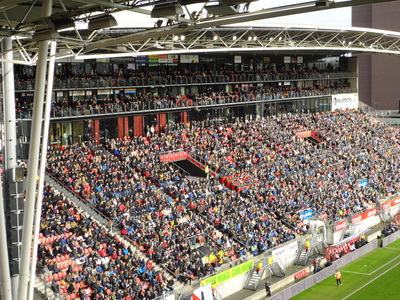 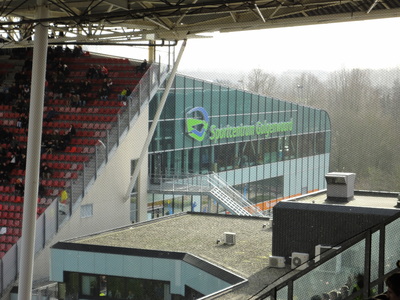 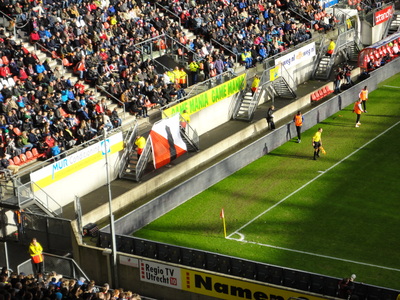 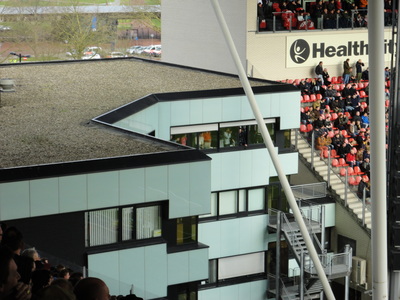