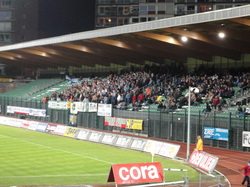 In England we treat mergers a little like ground sharing. We know it happens but we don't encourage it and we like it kept to the lower leagues, out of sight like that mad Uncle we sit in the corner. In recent times we have let a couple into the 92 club (Rushden and Diamonds and Dagenham and Redbridge), but I believe the last real attempt to merge two league clubs was Robert Maxwell and his Thames Valley Royals (now that was funny!!!).
In Belgium things are different. Mergers are common place and their matricule number system (http://nl.wikipedia.org/wiki/Lijst_van_voetbalclubs_in_Belgi%C3%AB_naar_stamnummer) means you can at least trace what has happened (work out FC Brussels if you can!!!).
Even with this, there can still be confusion to an outsider like myself. From what I can work out, Union Royal La Louviere is not a merger but a name change. Union Royale Sportive du Centre changed it's name to incorprorate La Louviere in 2011. It moved to the town's Stade du Tivoli in 2007 from neighbouring Haine-Saint-Pierre and the Stade Raymond Dienne. The existing tenants, RAA Louviéroise went into liquidation in 2009 when it merged with RACS Couillet to form Football Couillet-La Louvière. The URS du Centre name change was possible as, in 2011, Couillet changed it's name to FC Charleroi and moved into Stade de la Neuville, home of Olympic Charleroi (who themselves then went bust in October 2011).
So, pretty straight foward so far?
There remained just one outstanding question; the URLLC home fans wear the nice new blue colours of the home side........... but also green. Their noise and colour (and fireworks) come from the 'Wolf Side' and that is populated by the Green Boys (agghh seats put in over terracing).
Like to take a guess at who wore green and had a wolf on their club badge?? http://en.wikipedia.org/wiki/R.A.A._Louvi%C3%A9roise
I need a lie down!
Featured game URLLC 3-0 Koksijde. After all the above it should be noted that the home team is pretty good. It will be a good race for the title between them and Mouscron-Péruwelz (formed by merger after the liquidation of.....oh forget it, that's for another day!) 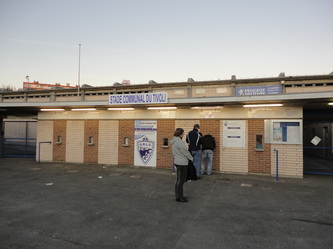 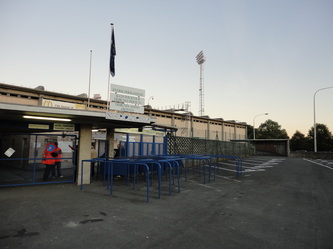 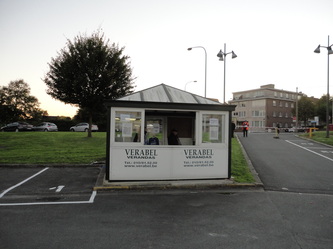 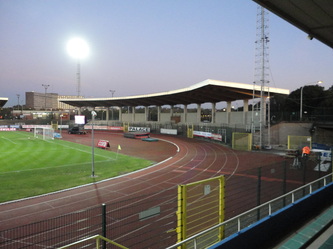 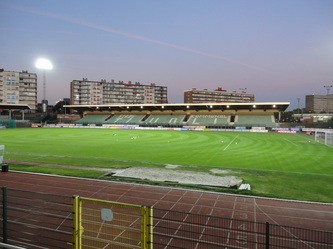 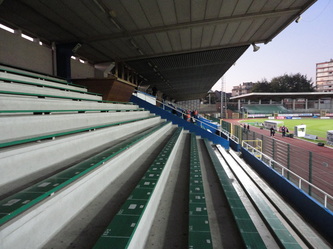 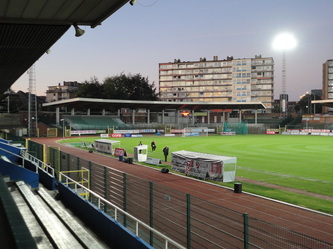 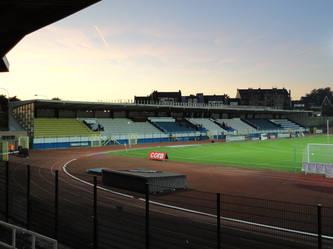 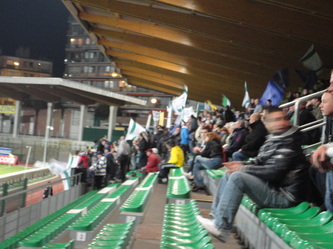 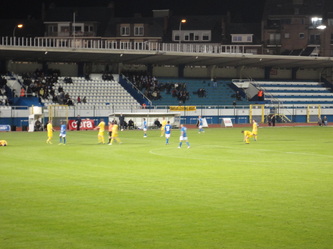 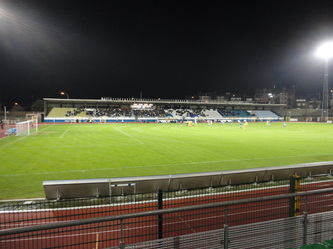 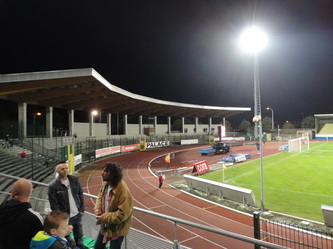 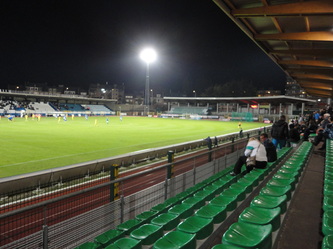 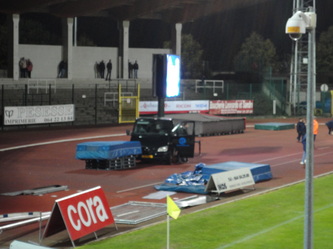 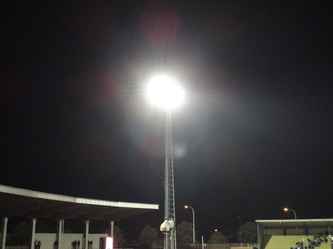 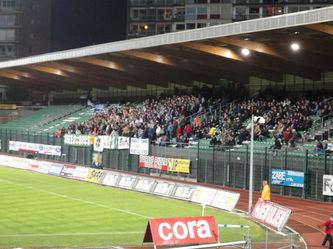 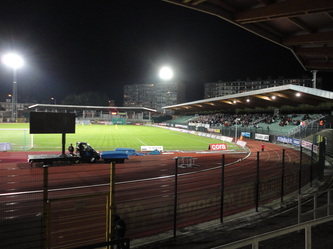 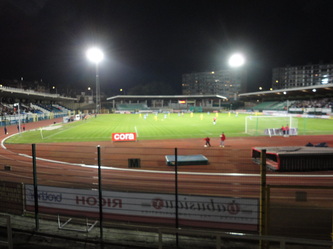 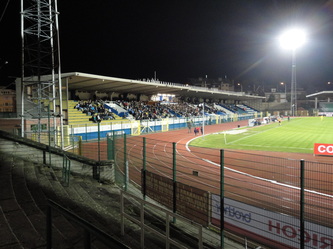 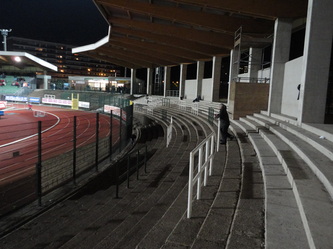 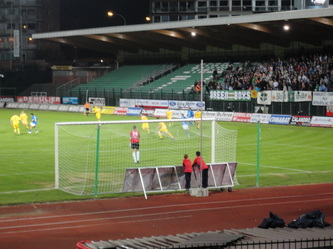 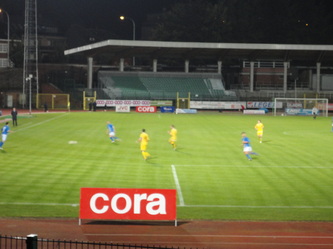 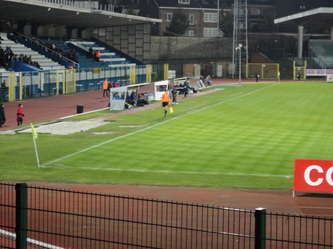 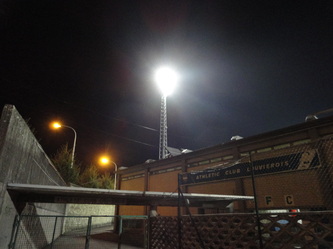