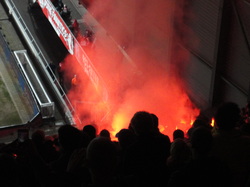 With Aldershot having an awful season I guess you could say NAC are overachieving somewhat, particularly given their financial plight at the beginning of the season. Despite this it was expected that they'd struggle to gain a point in Enschede. Arriving in Enschede was easy with our only problem being swerving the home fans as we made our way into the away compound to park up. After exchanging our coupon for an away ticket we entered the turnstile to be greeted by the standard pre-match search. Mine was thorough despite my skinny jeans and a tight coat due to my 9 layers, and I even had to take of my hat. Wonderful. I've always wondered, would it be unacceptable to give the stewards a hug as they did it as a joke? Next we made the long walk up the stairs to the away end, about 14 flights, a nice way to stretch the legs, I must say.

De grolsch veste originally opened in 1998, and Phil had built it up as the most exciting in Holland. Well apart from VVV. Not a lot to live up to, it must be said, I was rather excited. He'd gone as far as describing it as "The Old Trafford of the Lowlands". In truth we're not the biggest fans of Old Trafford, but you have to agree it's quite a label. It was built to replace the previous Diekman Stadium which had been deemed too small for the growing fan base of Twente. Initially the stadium had a capacity of 13,500. The original layout was the lower bowl. By September 2008 this had been increased to 24,000 with the addition of a second tier on the main stand, sweeping round to Vak-P. The stadium was once against expanded in 2011 with the second tier sweeping around behind the other goal, the capacity in its current form is 30,205. There was a tragedy during this expansion when the roof collapsed which sadly resulted in the death of 2 people with a further 14 people being injured.

After reaching the main concourse for the away end I was impressed with what I saw, usually the facilities for away fans are awful, but in this case they were what I'd expect if I was a home fan. Everything was neat and tidy and there was plenty of space. Needless to say, the security before views approach meant that my initial hopefulness was dashed somewhat. While being a smart stadium, with a really steep upper tier, I couldn't see the stand to the right or the goal in front, although by now I'd come to accept this as the norm so couldn't really complain. The rest of the stadium was impressive, and if the plans to finish the bowl to a capacity of 44,000 ever go through this will be by far the most impressive ground in the Netherlands IMHO.

In terms of the game we, in hindsight, were disappointed that NAC lost the three points in the manner they did. It was a scrappy game with limited chances at either end, with NAC gaining the opening goal shortly after half time. We couldn't see it at the other end, but the ball must've only just crept over the line. Nobody could quite believe it with the away end going mental. Somehow someone had managed to get a flare in; I really have no idea how. Alas NAC couldn't hold on with Twente getting a late equaliser with the player blasting the ball in from 25 yards via someone's backside and the post.


Decent effort from NAC, and another point towards safety. 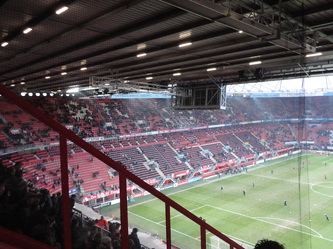 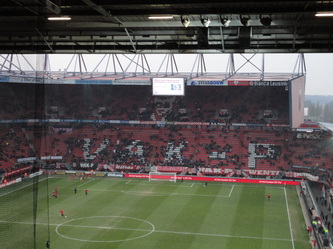 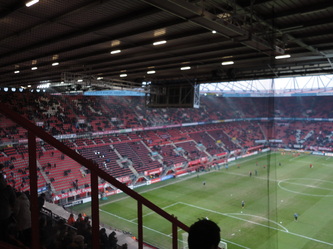 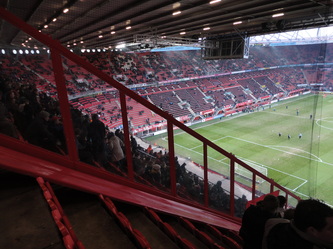 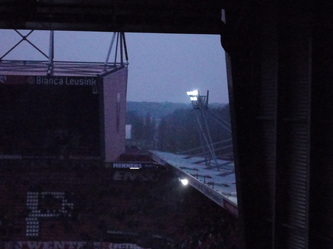 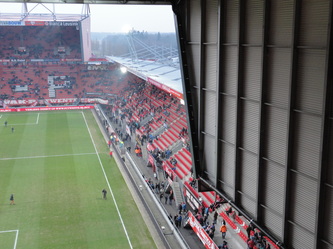 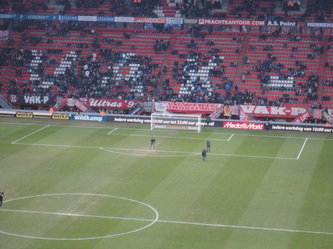 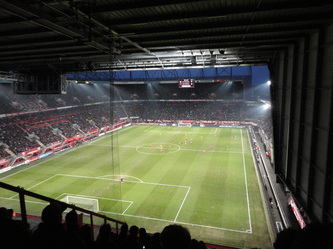 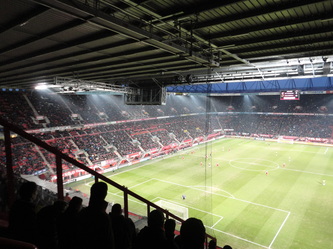 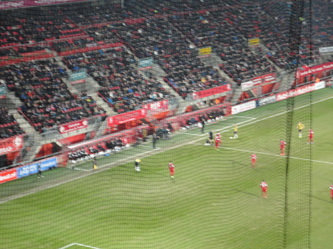 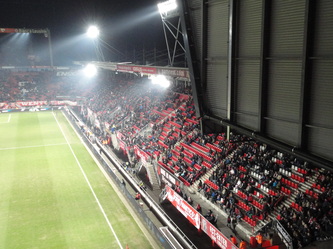 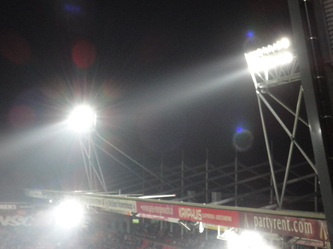 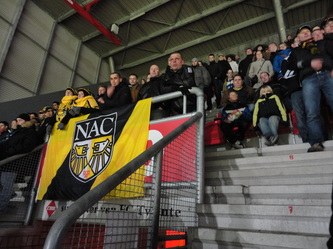 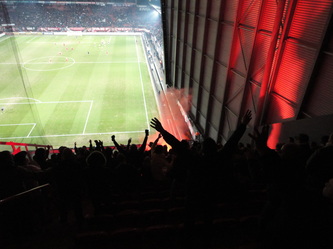 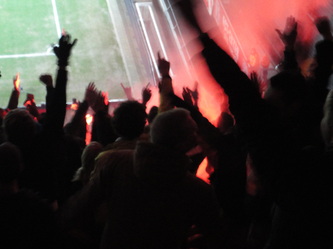 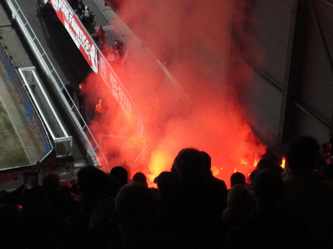 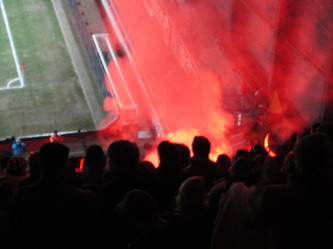 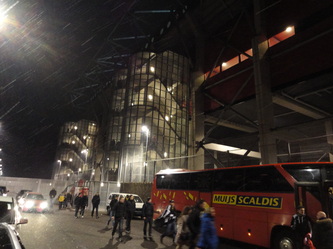 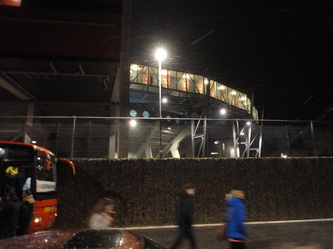