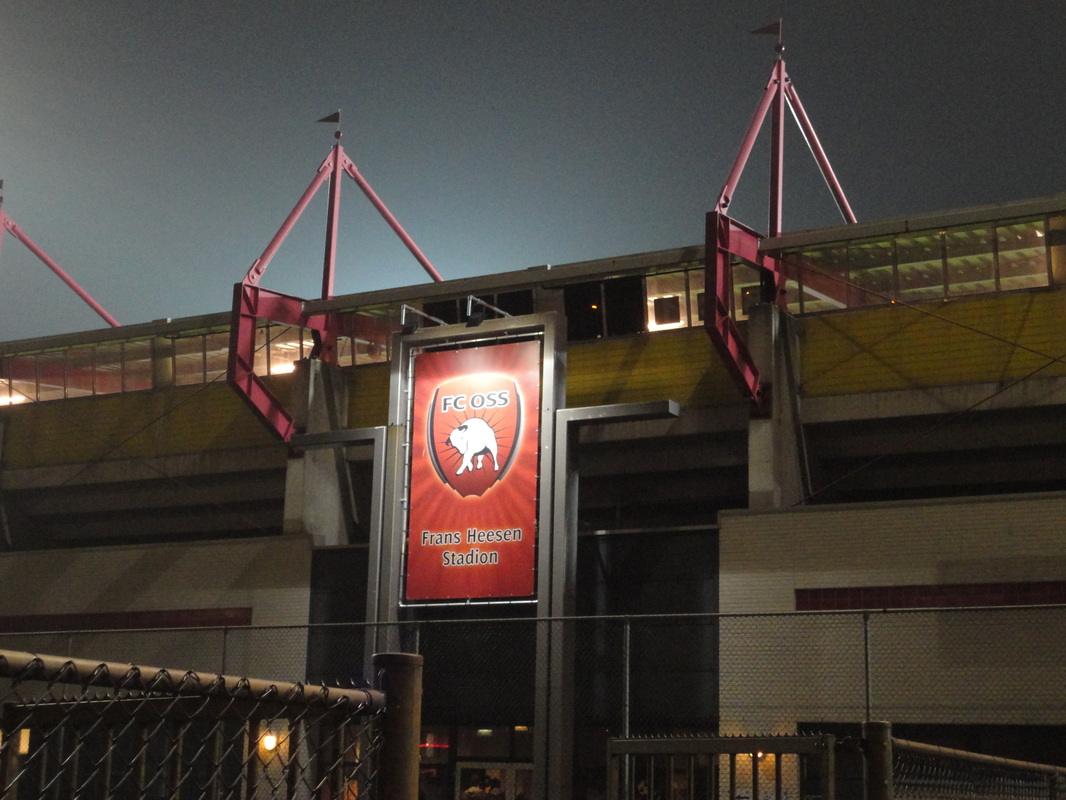 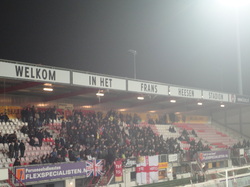 ...has become a verb in our footballing circles. It is used to replaced more unpleasants ways to describe making an error and has its roots in FC Dordrecht's (the Sheepheads) unbelieveable ability to snatch defeats and draws from the clutches of victories. In fact, such is the regularity, that I swear they practice finding new ways to frustrate thier supporters. In the last home game against a struggling Veendam, they were 2-0 up, had an man stupidly sent off and ended up drawing 2-2!
But this time it was Oss's turn to well an truely sheep it up. 2-0 up just before half time (although quite how they were only FCD can tell you) and then 3-2 up against ten men, they managed to draw a game that was theirs for the taking.
All in all a thoroughly entertaining Monday night, on which winter has finally been ushered in.
The ground is fairly dull, 3 box stands and an open end overlooked by an unusual building (looks like offices).
Featured game Oss 3-3 FC Dordrecht 07-11-11. Attendance was given as 2,276. I am beginning to wonder why Jupiler league Clubs publish attendances if all they are going to do is make them up. There wasn't over 2 thousand in that ground. There there was barely 1,000. In that respect, sheeping it up isn't all these two clubs have in common. 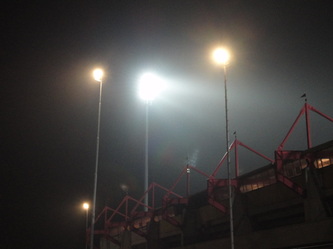 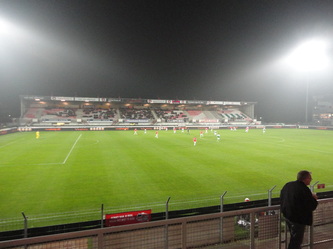 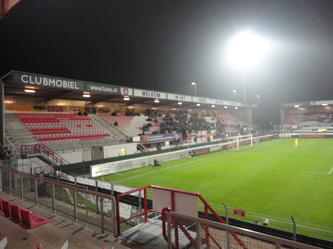 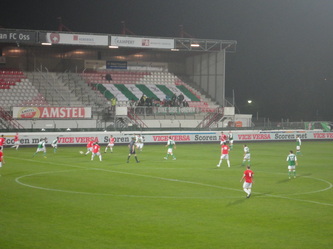 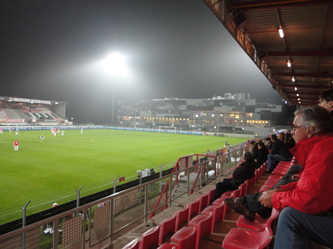 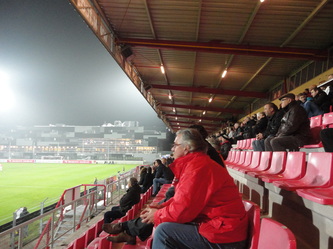 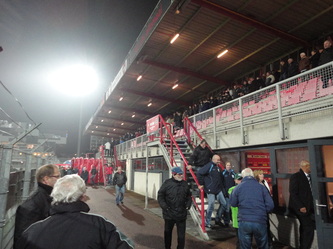 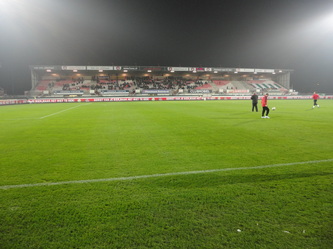 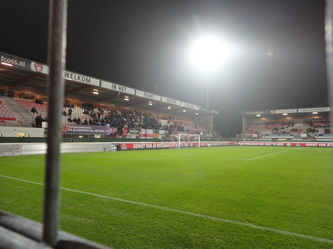 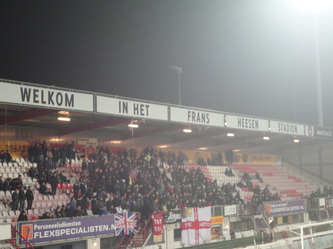 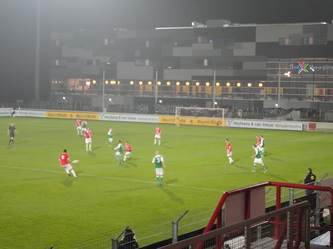 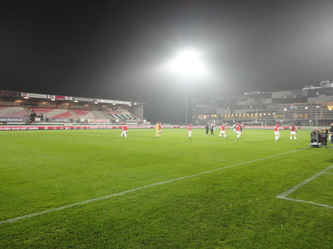 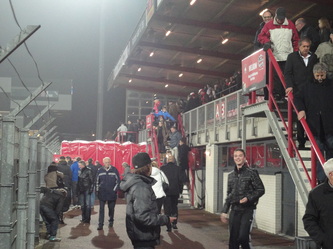 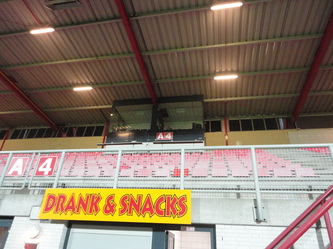 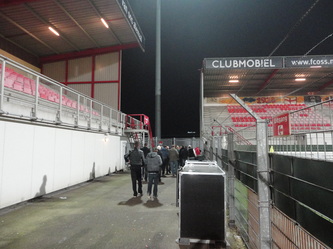