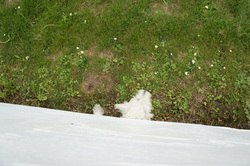 This game left me with a sour taste in my mouth. Early in the second half one of the visitors tried to invade the pitch, while later in the second half the same visitor to today's game tried to wind up the locals. They took offence to this and looked up for a large argument, thankfully they remembered where they were and all trouble was avoided and Daisy managed to avoid being told to leave. Yes, I have finally reached the pinnacle of Non-League stereotype. I am the one man and his dog. I had originally forgot it was a bank holiday Monday and I needed to take the dog out so local football was arranged.

The location of the ground was scenic enough, nestled between a small river, a wood and a lot of fields. All a two minute walk from the station. I walked to the turnstile, pessimistic after my experiences at nearby Newbury but needn't have been as for the third consecutive Non-League game I was greeted with a smile and got in for a small price. This time a £1. the stand/clubhouse complex was one of the larger I've seen. The stand has a capacity of around 200, with the tunnel splitting it down the middle. One side of the stand was a grass area while the other side was the back end of the clubhouse where the food area and Toilet were. I didn't see a club shop, well apart from the old one, so I was unable to buy a badge. The other 3 sides were a path and a grass verge, although there was a small arena terrace which was handy when it started to rain.

I can't remember too much off the game, mainly because of the interest Daisy was receiving, but Guildford looked the better team throughout, with their second goal coming on the back of a lovely through ball onto the onrushing attacker to slot the ball into the bottom corner past the onrushing attacker. It is easy to see why guildford are one of the favourites with performances like this. 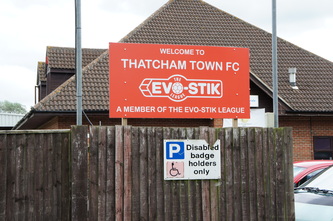 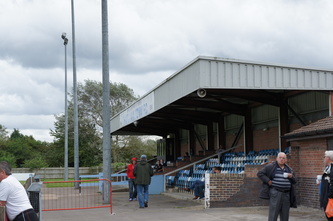 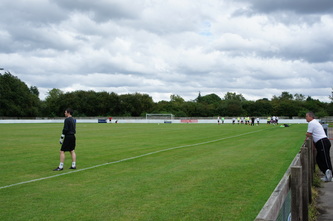 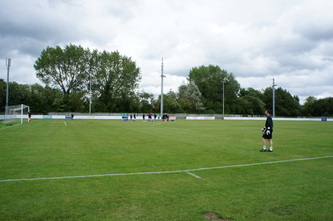 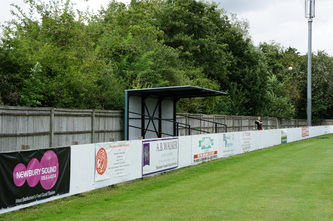 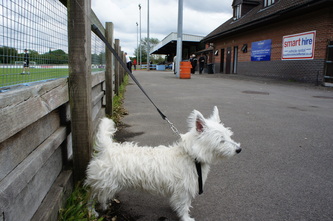 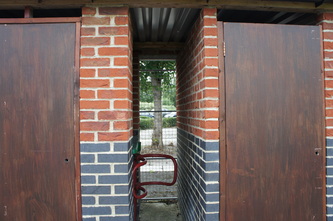 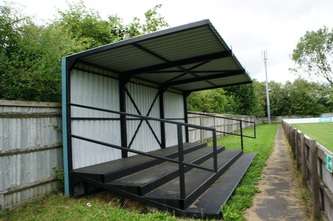 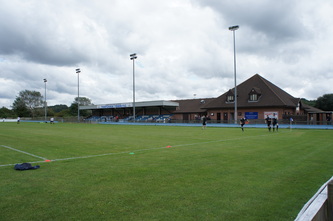 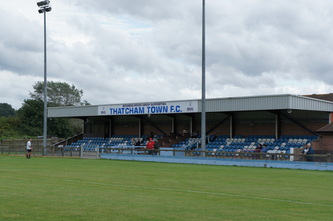 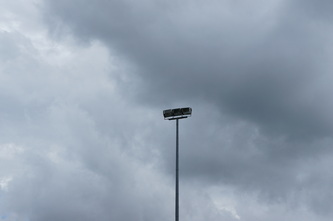 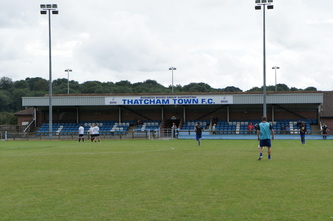 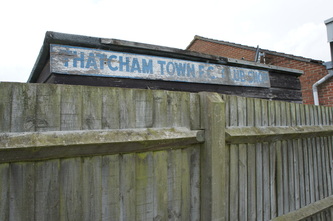 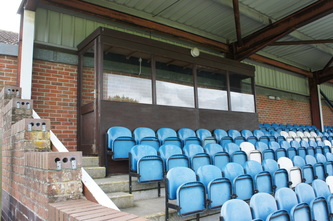 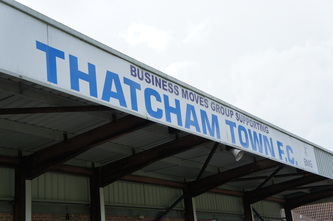 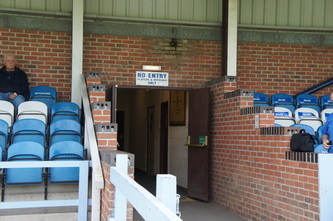 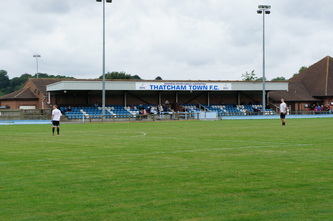 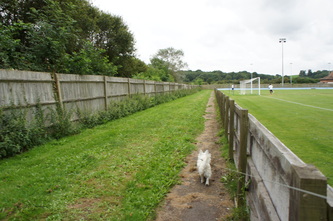 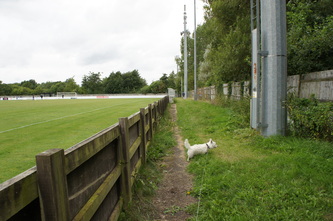 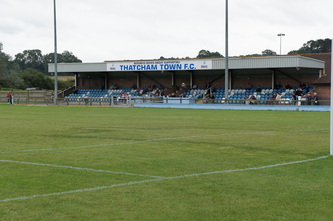 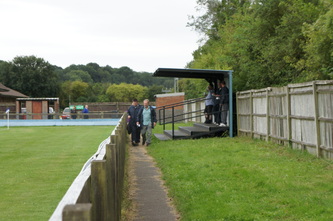 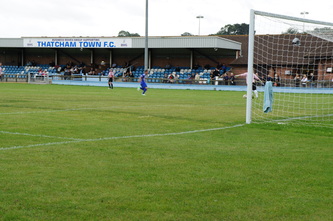 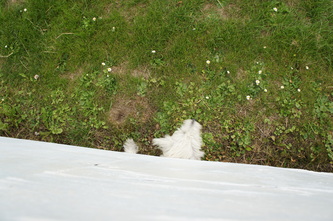