Regular readers of our humble corner of the interweb will be aware that our Dutch correspondent has an affiliation with Eredivisie side NAC Breda. As is common on the continent, NAC have a supporters friendship with another team. It just so happens that the team in which they have a friendship with is Jupiler League side Lokeren. Standard are a side that we'd been hoping to see at home for a while, mainly to witness the steepness of the stands first hand. With a free Thursday we thought it fit to head over the border to cheer on the other 'Pride of the Lowlands.'

As I'm sure many will know Belgium is a split nation. The Northern region, Flanders speak Flemish (Dutch) meanwhile, the Southern region, Walloonia, is predominately French speaking (save for the small German enclave). Liege, on the banks of the River Meuse, is the largest city in the southern region. Standard are the largest team in the city formed in 1898, and play at Stade Maurice Dufrasne, or Sclessin as it's commonly known. The ground is nestled in the south-west of the city on the banks of the river. On match-days the area is heaving as cars are parked beside huge steel factories and other signs of Lieges Industrial might. From here most make the short walk to the turnstiles to find their spot for the match.

For away fans the story is a bit different. While combi travel is a pain in the backside, the creation of compounds makes life a bit easier. Instead of risking being towed (many a car was towed during this match) we simply drove in and parked next to the turnstiles. Without tickets to hand, we had to wait in a rather frustrating line to purchase our tickets. Some bright spark decided only one window was needed to serve the 300 or so visitors. Having finally purchased them it was up the steps we went, before we overlooked one of the finest grounds I've been to. Two in the space of two weeks, aren't you all lucky. (The other was Kaiserslautern).

Sclessin has been host to football since 1909, and since undergoing a couple of redevelopments has a capacity of around 30,000. On 3 sides are 3 very steep stands wrapping around the pitch. The three tiers appear to stack over each other from below, and this generally has a positive effect for a couple of reasons. Firstly no matter where you are in the ground, you feel as though you're on top of the pitch. This was even the case from the middle tier perched in the corner, where the away fans were positioned. The other positive is that you're able to make a fair bit of noise. Ultras Inferno, who I've mentioned a couple of times on various blogs in the past, were heard clearly from the other side of the pitch. Not as clearly as the firecrackers let off by the visiting supporters, however!

The cup-winning visitors were extremely unlucky not to leave with all 3 points. Despite having nothing to really play for, they went all out attack from the start. There reward was a two goal lead going into the final quarter of the game. Unfortunately Standard are a very good team with a 'never say die' attitude and managed to clamber the game back to 2-2. The with one of the last kicks of the game a Lokeren corner bounced agonisingly off the bar. Regardless, it'd been a very good and unexpectedly close game. 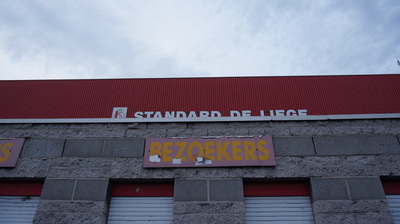 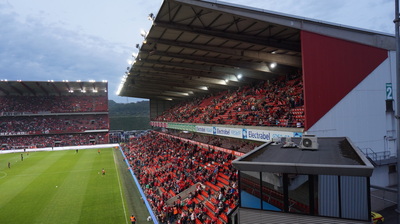 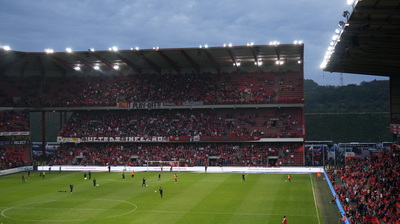 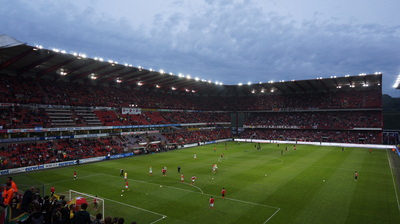 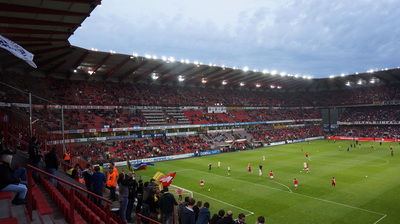 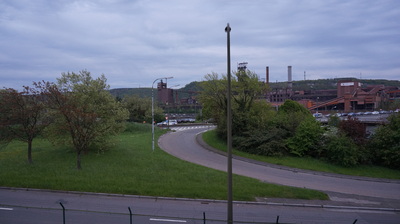 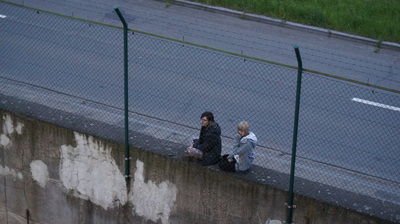 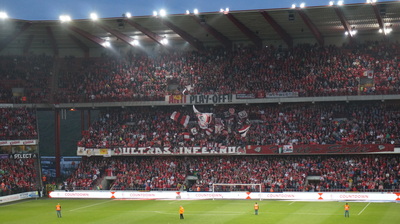 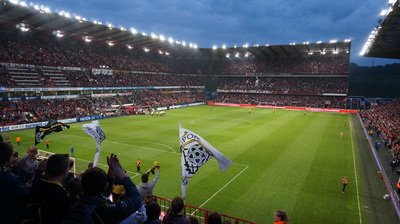 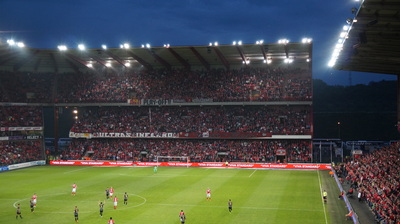 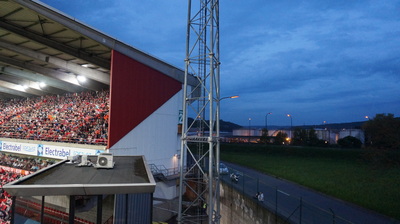 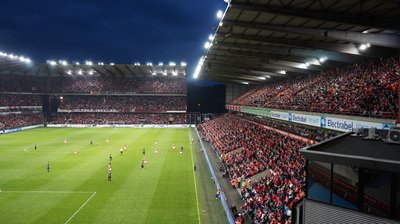 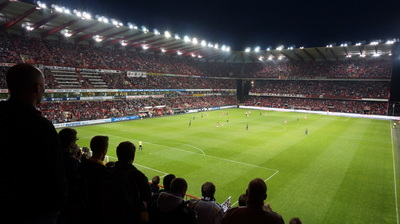 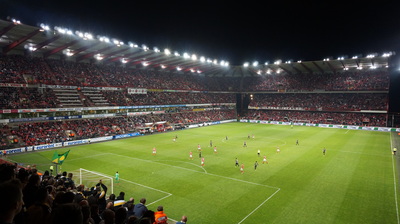 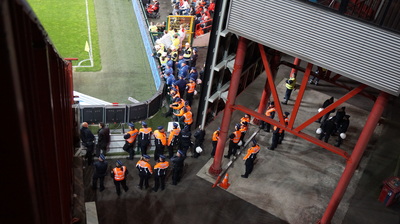 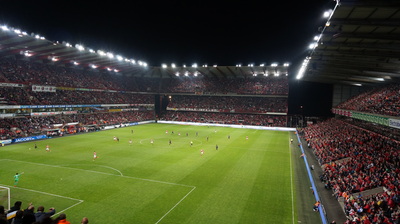 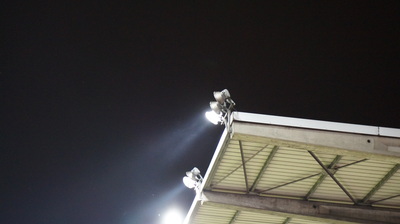 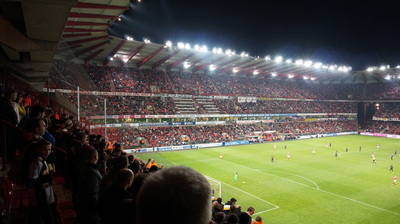 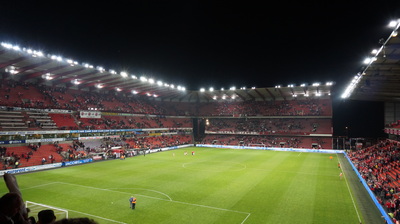 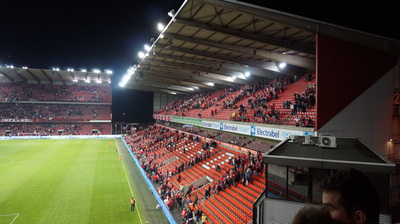 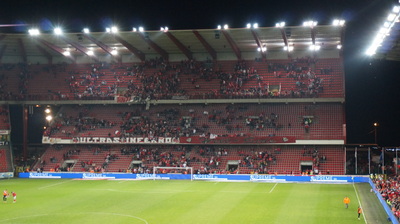 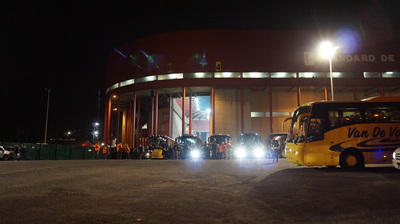