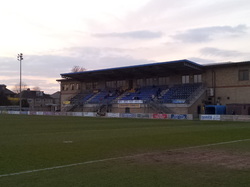 Why Staines and why bother?  This is a place that hardly inspires most people and if the website is anything to go by there was going to be far too much shocking yellow everywhere to make you feel giddy.  However, this was also a place that I have on my list but was still not sure I had been there before as I simply could not picture it in my mind....surely I would remember that yellow!  That and the fact there are no pics of it on Groundhopping the Globe!  So with a free Monday night, it being a warm Spring evening and a sort of unwritten rule that I try to watch Camberley if it is easy to do so (Staines is 15 minutes drive from where I was) I thought I would go and find out if I had been there.  I had!  But it does look different to when I went there so I am glad I did.  I also got my first taste of U18 Academy football and both teams are near the top of the league (Staines are top) so no complaints from me.  Well one....what was the lady in the tea hut doing with the Bovril....heaped teaspon please!  Well actually two.....£5 to get in...for an U18 game!!

Anyway, the ground.  Not as yellow as the website.  Neat, tidy stand with great view of the pitch.  Very little behind each goal but then a good terrace down one side, albeit it a rather weird barrier set up.  Would worry that any decent size crowd and parking is a nightmare but no such issues for this game.  This is a Conference South ground in my view.  It would look small and a bit tinpot in Conference National against all those ex-league teams.

The game itself was great.  Staines were always the best team despite (and it was not a dirty game) having their best player (in fact the best player on the pitch) sent off in the first half for a headbutt.  Deserved red and got no complaint from any one in the ground.  Hot headed teenagers eh?!  Despite a man advantage Camberley never looked like winning.  They did take the lead but only due to a halfway line slip by a Staines defender as his team attacked a corner.  Centre forward ran half the length of the pitch unchallenged.  Staines then stepped up and were worthy winners. Well worth the effort of going. 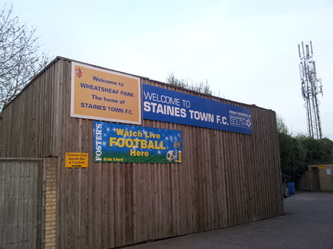 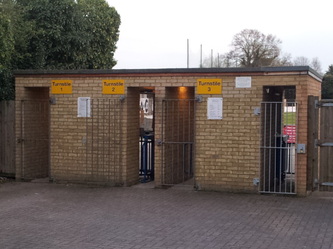 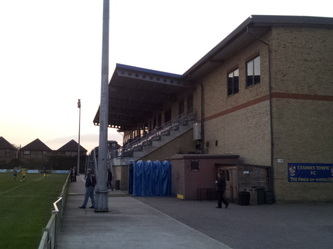 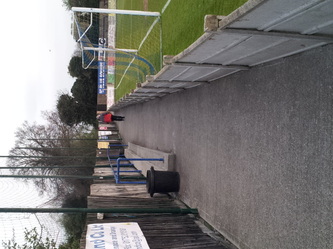 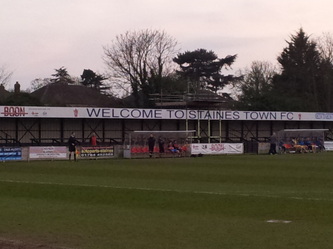 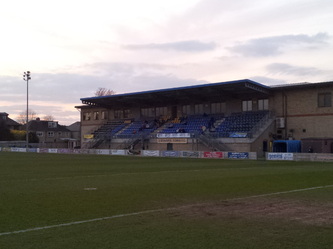 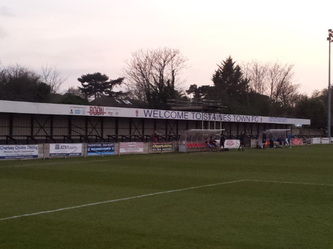 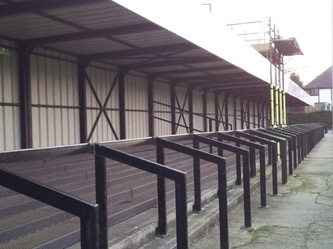 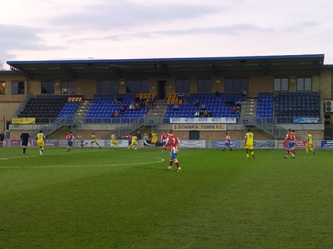 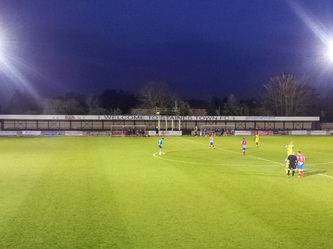 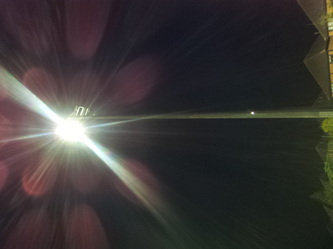