Can we play you every week! 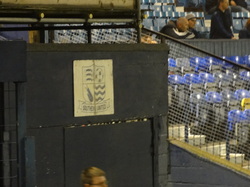 Last season the TEG's (Thames Estuary Glactico's) developed a slight hatred towards Aldershot. The routes of this started last boxing day (or around this time) when the TEG's were 1-0 up going into halftime, with Aldershot down to 10 men. Around half time the floodlights started to fail which then led the referee to postpone the game. This angered the visiting supporters claiming they should get all three points and Aldershot should subsidise travel costs. Instead the game was rearranged for the february. When the game was originally played Aldershot were on a shocking run of form, but going into the rearranged date Aldershot were on a run of 3 straight wins. We went on to win 2-0 (2-1 on aggregate!) and won the game in Southend 1-0. Southend missed out on promotion by 1 point.

Fast forward 8 months and Aldershot were on the back of their worst ever run in the football league (6 straight defeats) and after witnessing Aldershot lose 4-0 in Gillingham and 3-0 at home to Rotherham it was almost begrudgingly that we made the decision to follow the team to Essex. Leaving Slough station a little after 5 we made Southend in quite a bit of time deciding to park at a school that was a short walk from the away end.

This is one of those grounds that looks a lot better in the dark, there is no particular reason for this, most old grounds do. Even Aldershot. After getting our tickets from a separate booth we headed over to the turnstiles. I'm not sure why they're electric. Nor am I sure why Southend felt that the need for electronic turnstiles was greater than the need to sort the ground out a bit, but they have electronic turnstiles. From here you walk into a small court yard. Although that's what I think it should be called, with steps to the right into the ground. On the left of these steps is a cafe where I purchased my dinner, one of the better Pukka Pies I've had. The away end is a terrace with seats bolted on top. Judging by the steps there wasn't a lot of space as a terrace but now it's at a premium and no doubt uncomfortable when the away end is moderately full. This stand was awfully shallow, although it's nice to see another ground with a barrel roof. An interesting fact I discovered on Wikipedia is that the scoreboard on this stand was originally used at a nearby shopping centre. The stand to the right of us used to be a terrace, also. Research shows that this also had seats bolted onto it, so I guess the facilities aren't too dissimilar to those found in the away end. This stand has a double barrel roof. Opposite us (quote from Wiki) "Originally a 72-step terrace, financial troubles in the mid-1990s saw the old terrace reduced dramatically before being replaced by a significantly smaller two-tier stand." This is similar to the away end at Brentford, although the lower tier isn't a terrace. The stand to the left was converted to be all-seater in the 90's and has a row of executive boxes running along the back.

As mentioned in the opening, Aldershot were on an abysmal run of form coming into the game. Imagine our shock when we found ourselves 1-0 up in 21 seconds. Danny Hylton picked up the ball, and ran and ran until he reached the edge of the area to place the ball across the static Southend keeper. We had the opportunity to double our lead shortly afterwards following a bursting run from Craig Reid. Cutting in from the right he found himself in space on the edge of the area, choosing to shoot for the opposite corner the Southend keeper got down low to turn the ball away. The chances were few and far between in the first half as Aldershot went in maintaining their one goal lead.

The second half started a my confidence of getting a win decreased with the introduction of Freddy Eastwood. Southend began to dominate, although lacking the final ball. Their pressure was rewarded in the 68th minute. A cross from the left was met by the onrushing Mark Phillips, unmarked, who only needed to put the ball on target to equalise. He did this. Aldershot should've regained the lead shortly after, but Danny Rose managed to put the ball wide from the best part of 6 yards when he was clean through on goal. We thought that we'd blown our chances of a win shortly after this. Anthony Tonkin was judged to have fouled their man and a penalty was awarded. Up stepped Eastwood. He placed the ball right into the bottom left hand corner, but didn't do enough to beat Jamie Young diving down. In the 87th minute Danny Rose's curling shot was tipped over the bar by the keeper. The resulting corner was swung in, the keeper went to punch it but missed. The ball fell to Michael Rankine whose shot bounced of the defender, only as far as Sonny Bradley though. He was on hand to head the ball home, sending the away end into raptures.


Aldershot held out for the win, one that must finally kick start our season. I do love playing the TEG's. 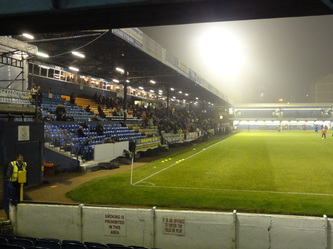 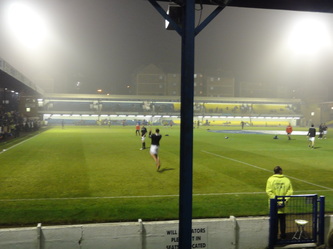 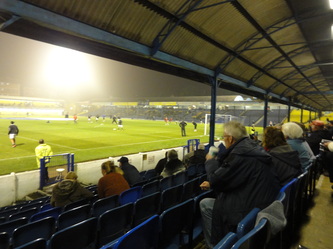 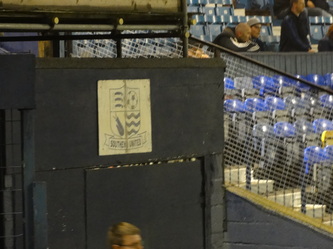 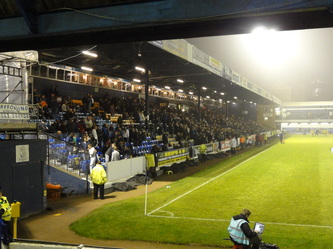 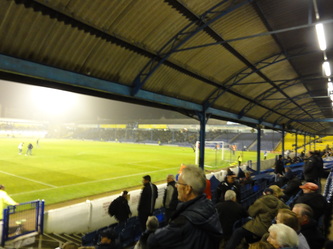 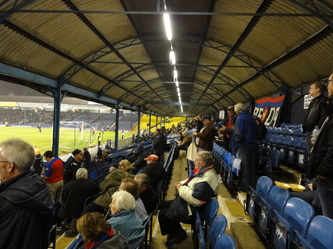 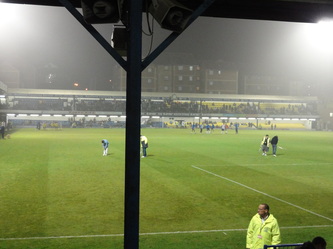 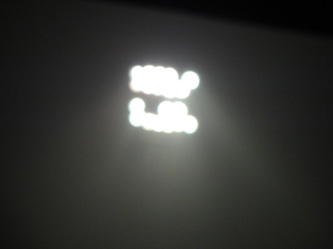 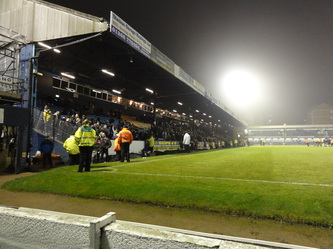 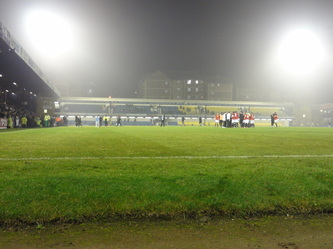 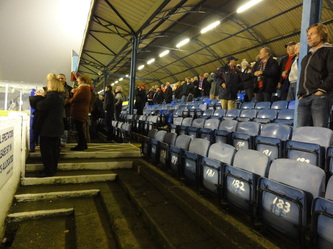