Take me home, to the cottage 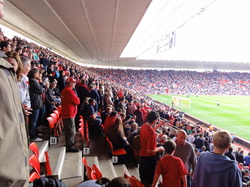 Usually we look into nearby non-league games to take in on a Sunday, however with limited options (and Spurs v Villa was a sell out) we decided to make the visit to Southampton in order to get some better photo's than our last visit. Tickets were never in doubt, although we were somewhat surprised when we looked on fulham's website to see that they had sold their allocation. Admittedly I'm not too sure why we were so surprised, a search on Google maps reveals that  Craven Cottage to St Mary's is a mere 76.8 miles, so anything less would have to have been deemed as "tinpot." Anyway we arrived in Southampton in reasonable time finding a space in a pay and display car park about 5 minutes from the ground.

Not bothering to take any photo's of the exterior I will describe it to you. Take a modern ground built in the last few years. Got one in your head? good. That's it. Nothing. It was dull. They haven't even gone as far as branding the stadium as their own, admittedly we didn't head round to the Main Stand. Looking at photo's this does have an element of uniqueness about it but I can't comment. Inside the concourse was a mixture of the good and the bad, somewhat suggesting that the premier league isn't as far from Non League as the attendances and debts suggest. Firstly I'll start with the good and moan later. Nestled in the middle of the stand was the most peculiar of sights. A small programme stall, not selling match day programmes, but instead random assorted programmes as you would find at many lower league grounds up and down the country. A nice touch I thought, a shining beacon in what was a very gloomy concourse. It's a shame that the catering didn't live up to standard. You couldn't purchase any soft drinks other than Lucozade, Red Bull and j2o. Perfect for those that need an energy boost at a 0-0 draw, but not what is wanted the majority of the time. At halftime we noted that they had ran out of chocolate bars also, on a positive note my Balti pie was surprisingly decent for a pukka pie.

The game from memory was a fairly exciting affair. I say from memory as, as with my blog from NGU I have left it too late to write to remember too much from the game, but unlike that game I can access highlights to jog my memory. Southampton took an early lead on 4 minutes when Jose Fonte rose from an Adam Llana corner that he managed to loop over the head of the stationary Schwarzer in the Fulham net. On the 69th minute John-Arne Riise blasted the ball back into the area for it to fire off defender Hooiveld into the saints net. Fulham then thought that they had won the match in the 88th minute when Kieran Richardson's deflected effort went into the back of the net sending the 2,400 visitors into raptures, although their joy was short lived because in the 90th minute Jose Fonte managed to head in a late equalizer denying the cottagers all three points.

After the game it was fairly easy to exit, via a burger van to get a drink before making the journey home. 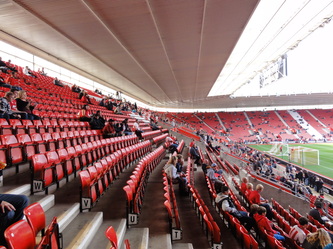 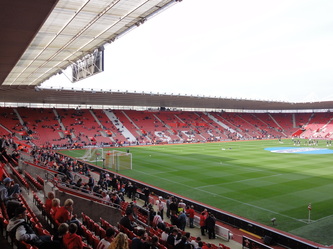 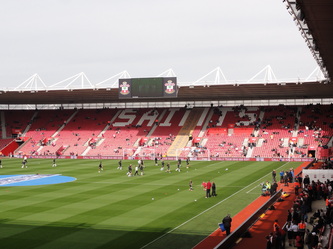 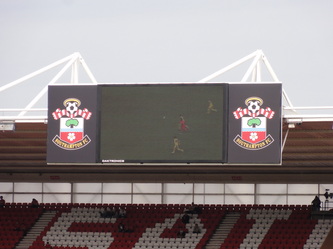 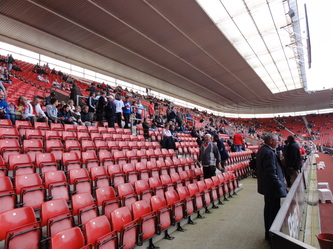 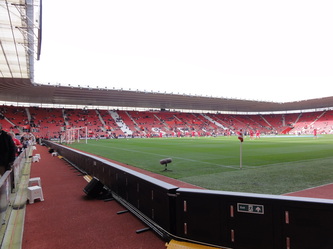 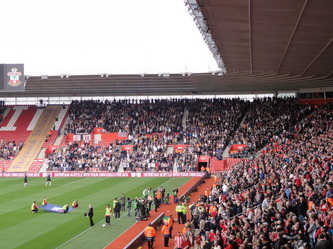 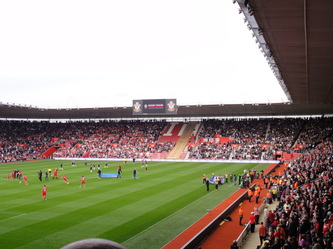 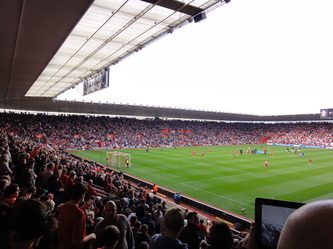 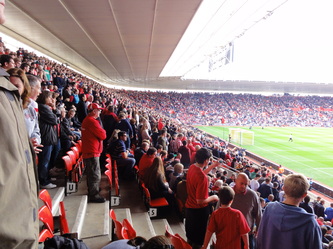 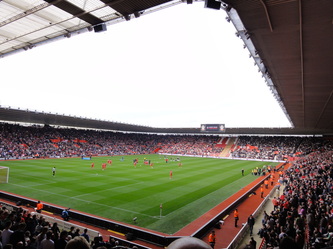 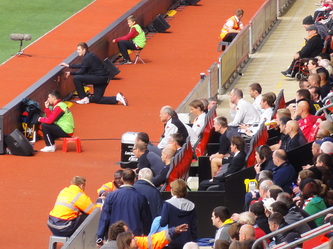 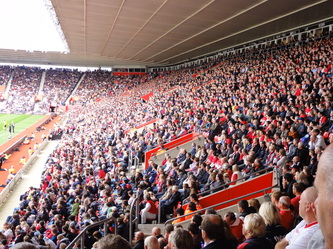 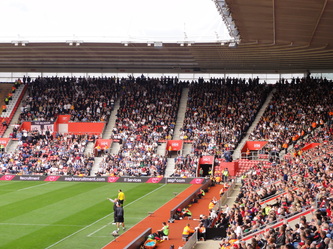 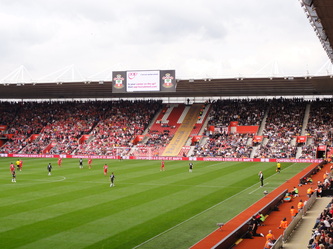 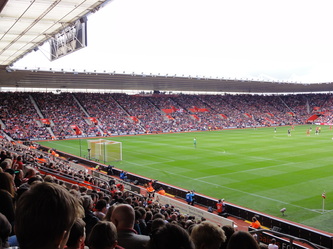