I want my BLT and it's grim up north. 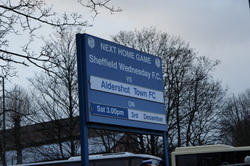 Having cruised past Maidenhead via a replay the Shots were drawn away to Sheffield Wednesday. With limited pre-match planning we found ourselves on the 9:23 train to Newcastle (stopping at Sheffield of course!). After 45 minutes dabbling around Birmingham New Street with the train going nowhere (it did provide me an opportunity to get some snaps of St Andrews) we arrived in Sheffield at 12:45. On Shotsweb someone had posted a link of a few pubs so we headed over to one (the name I have forgotten) and after waiting 45 minutes for lunch we decided to give it a miss and head to the ground. This wasn't our first visit to Hillsborough. A few years ago we saw a dreadful game that finished  0-0.

Hillsborough has a capacity 39,812 and has hosted games in the 1966 world cup and Euro 96. To our left was the north stand. In the 1960's it became the first stand in England to have a cantilevered stand that runs the full length of the pitch. This has a capacity of 9,255. plus 1,382 in the north-west stand which is uncovered. Opposite us was the large Kop which originally opened in 1914. It 1986 a roof was added and the stand was squared off to create a capacity of 22,000. Following the Taylor Report, in 1993 it became all seated. To our right was the south stand, my favorite stand, this has a capacity of 11,354. It was constructed between 1913-1915 by the wonderful Archibald Leitch. Back then the stand was split into 11,000 standing room and 5,600 seats. It has been upgraded twice, in 1965 and 1996. Upgrades included; a new tier, a new roof and hospitality boxes. It still retains a gable and clock. The final stand was the West stand. This was where we were situated and has a capacity of 5,772 split over two tiers. This was the stand, that in 1989, the Hillsborough disaster happened. 96 Liverpool fans tragically lost their lives in an FA Cup semi-final game against Nottingham Forest.

The game was a very dull affair. Aldershot were playing for the draw and Wednesday never got out of 2nd gear. The changing point in the game came when Darren Jones forgot the basic rule of a defender. Don't let the ball bounce. Ryan lowe was able to capitalize on the error to make it 1-0. The shots had about 2 shots on target. Adam Smith rifled the ball that was well saved by the Wednesday goalie. Jermaine McGlashan went on a mazy run from the half way line that ended wiht a poor shot on goal.

After the game we walked up to the tram stop and despite many people queing we managed to get on the first tram into the city. The walk to the station was unpleasant due to my feet being frozen such was the temperature, we then had a half hour wait at the station we were back on the train home. I have to admit Hillsborough is one of my favorite grounds with the character of the stands and the dominance and size of them. I would be very happy if the rest of grounds had half the character that it has. 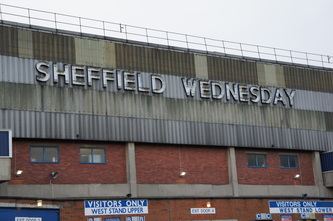 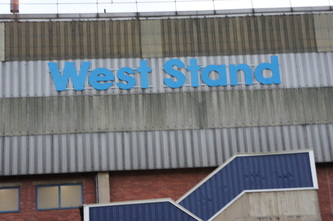 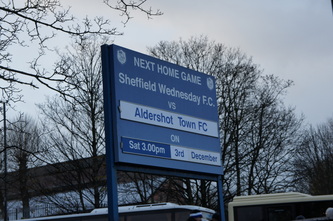 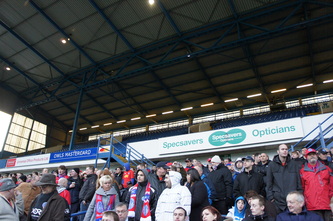 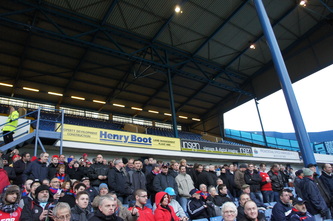 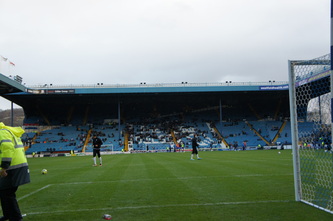 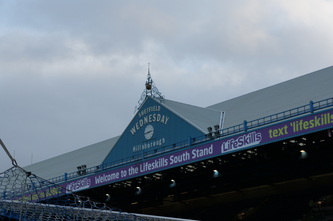 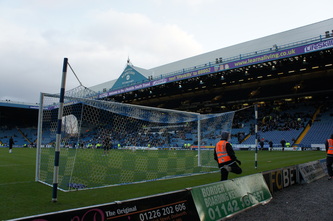 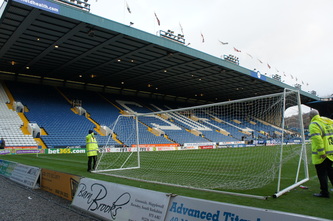 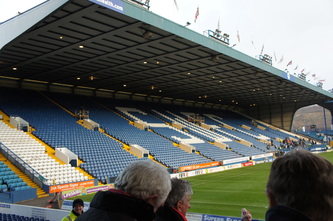 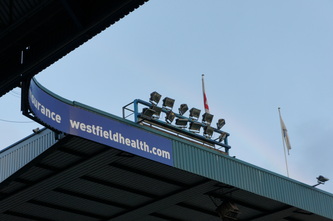 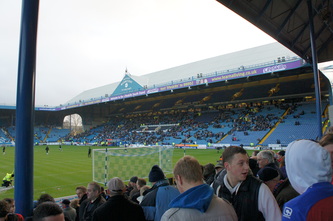 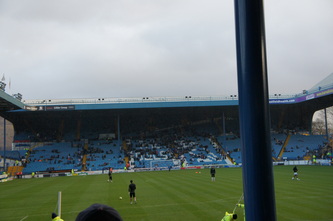 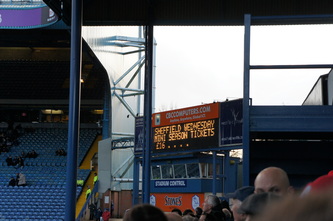 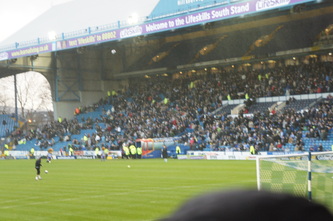 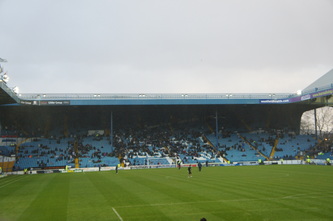 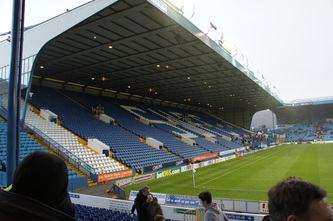 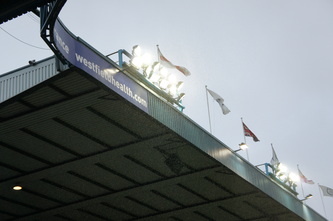 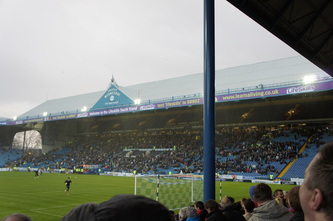 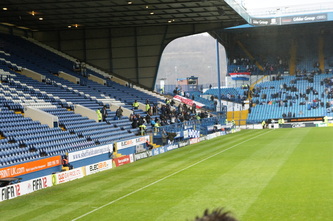 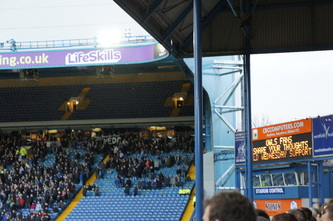 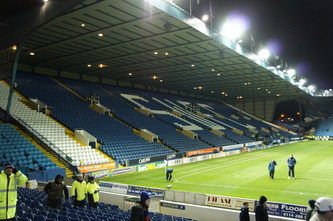 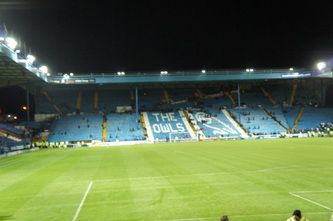 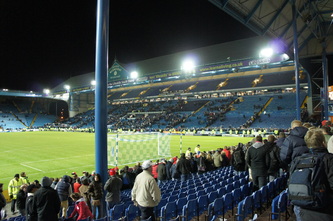