Too big for this league 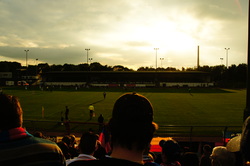 After somehow failing to gain promotion last year Uerdingen found themselves relegated to the same league. This makes sense as the league they were in disbanded and was replaced by the one that they are currently in (the 6th division last year). The game we saw in Aachen was important as it meant that KFC went on to qualify for the play-offs. They lost 3-0 on aggregate to Kray (Who jumped two divisions themselves by winning) with the second game being played at today's venue, because kray's ground was too small. Schwarz-Weiß Essen failed to make the promotion play-offs all together. I hope that made sense!

Because of this both teams are looking to put in a strong showing this year, uerdingen especially. Around 600 made their way from Krefeld for the game. We arrived with around 45 minutes to spare and parked in a small car park next to the ground.  Purchasing our tickets from a small booth outside the social club we proceeded to walk round to the away end. There was a que forming because everyone was being searched, phil wasn't allowed his umbrella so he had to leave it in the turnstile. There was a short walk up to the terrace and we found a place with a fairly decent view.

Personally I really liked the ground, built in 1922, at it'speak it held 45,000 but over the years it has been downsized for several reasons, with the most recent renovation coming in 2009. It now has a capacity just shy of 10,000. Two sides of the ground consists of a sweeping terrace and stops just after half way. There was a rather interesting clock at the front of the terrace behind the goal, but I didn't go and have a proper look. There is then a grass bank that completes the oval, behind us was also a grass bank where the old terrace would have risen too. Opposite us was the lovely old main stand which has been kept in really good condition. Next to it was the equally impressive looking clubhouse.

Prior to the game starting we thought we were in for a poor evening, the food bar had a really long que because the whole away end was being served by a man with a grill meaning we nearly missed the start of the game, then it started to rain. Luckily the weather improved into what was a nice summer evening. The game was won by the correct team. If my research is correct it's Uerdingen's first ever win at this ground, with both goals coming from penalties. It was a slightly nervy finish with Schwarz-Weiß Essen scoring really late on but it was not enough. KFC have now won their first two games and really look like they should be there or there about by the end of the season. The KFC fans were really good as well singing throughout.

At the end of the game we walked back round towards the car, stopping to take some close ups of the main stand and some photo's back towards the away end before making our way back home. 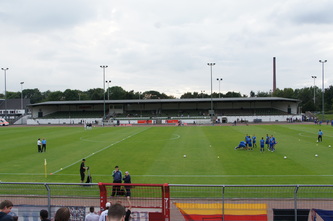 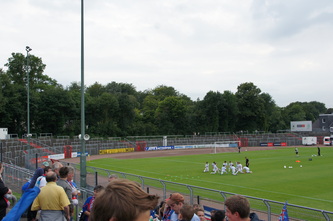 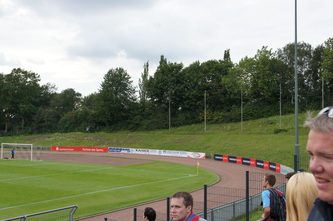 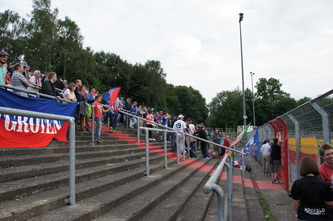 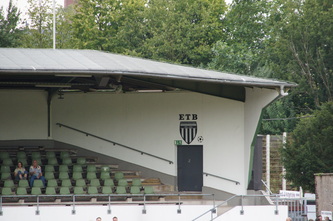 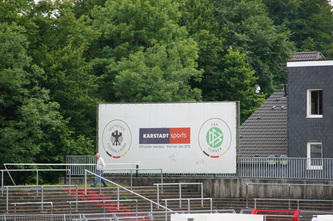 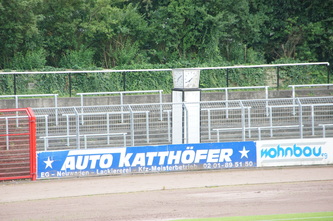 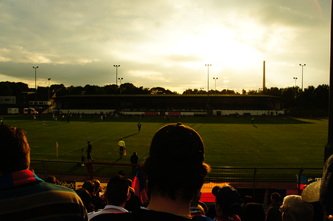 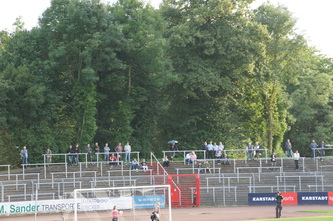 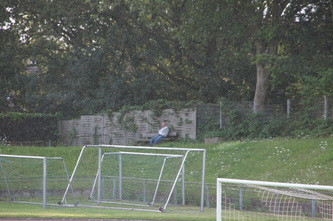 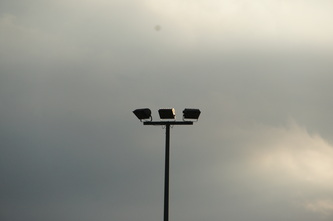 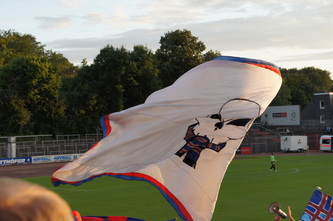 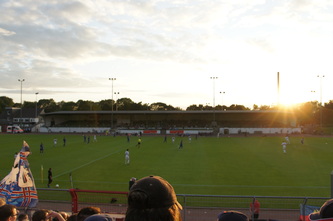 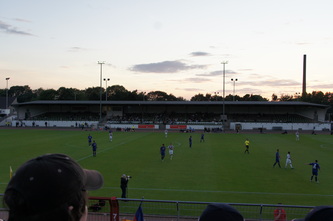 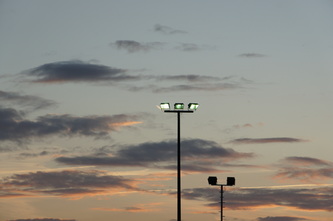 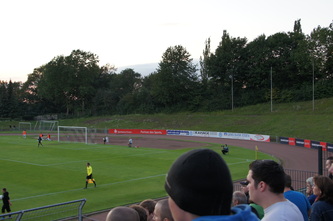 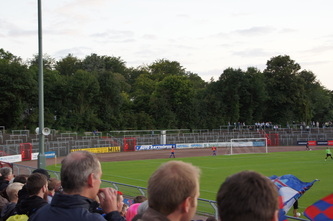 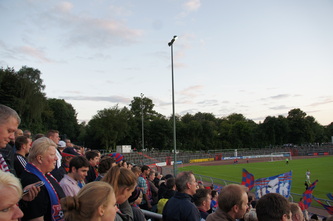 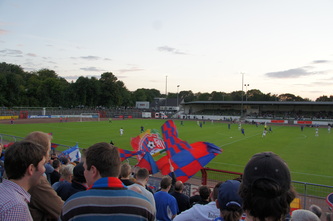 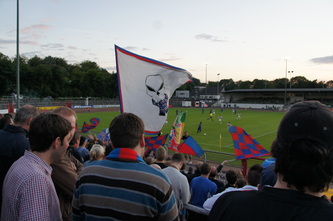 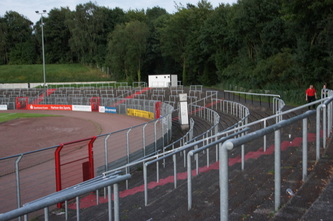 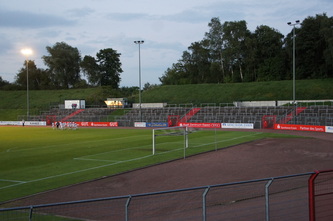 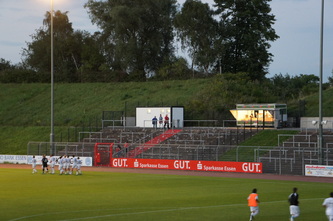 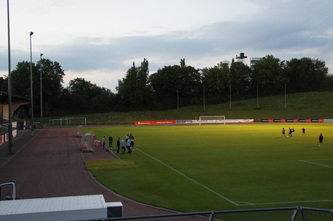 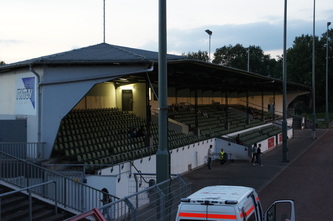 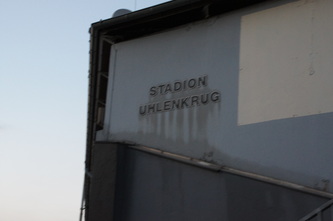 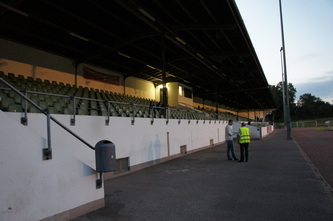 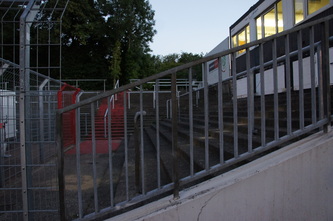 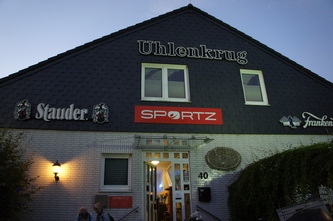