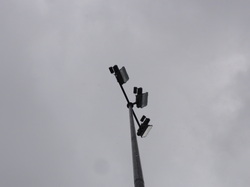 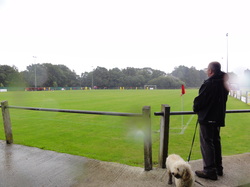 A blank Sunday meant a chance to tick of a new ground. Here at PDM we have been making last minute preparation before the tour of the east coast of America which will see the three of us indulge in games and ground we never thought we would visit. We had spent the morning in dreadful dreary reading, one highlight was seeing their new away shirt. It’s always good to see when a team notices the superiority of their local rivals. They will now be flashing a red and blue kit for the season.

Today would see us in Sandhurst. On Wednesday I had a mixed day outside the ground. Playing cricket, I won, snapped my bat and opened. Well now we were at Sandhurst’s Bottom meadow ground. This is a tidy ground with concrete paths around the pitch. The side opposite the corner you enter from is a small stand, maybe 6 steps, with red and black stripes. Behind one goal is the rather small clubhouse.

The teams entered the pitch to a large downpour that would continue off and on until 10 minutes from the end. Brighton X1 wore Sandhurst’s normal red and black kit with Sandhurst wearing there away kit. When they said Brighton X1 we didn’t realise they meant there age! What? They weren’t? Well it appeared that way. Sandhurst went on to win the game 2-0. The only real note was that there were four traditional one-man-and-his-dogs of non-league but only one, with his sixth month old dog named archie braved out the rain and didn’t head for cover. Matthew also made a new best friend in the form of a staffie. 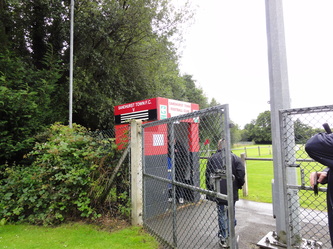 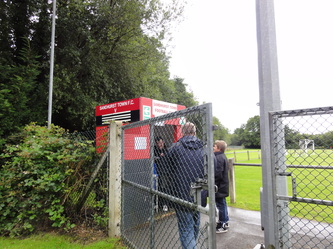 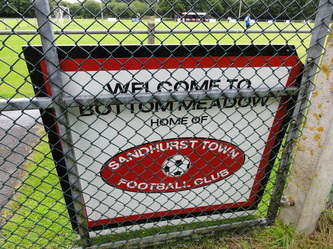 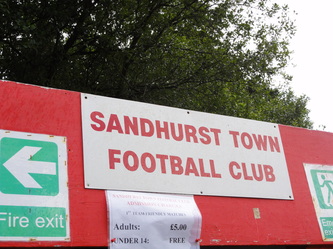 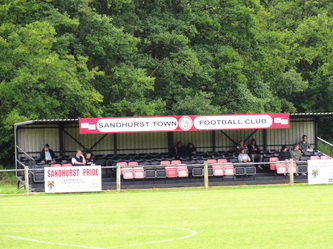 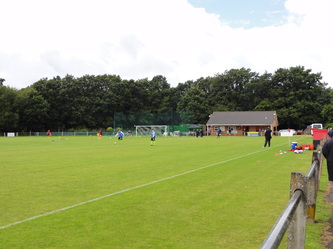 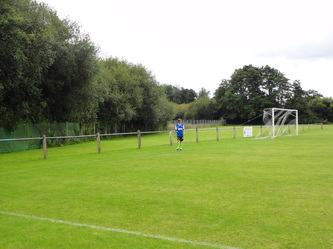 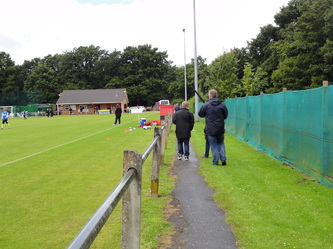 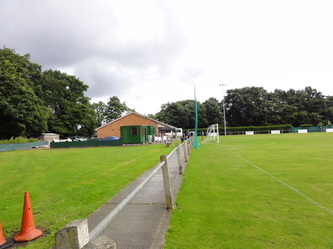 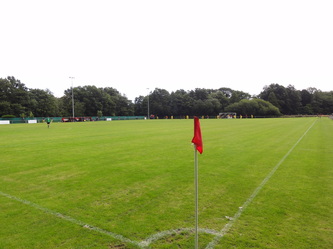 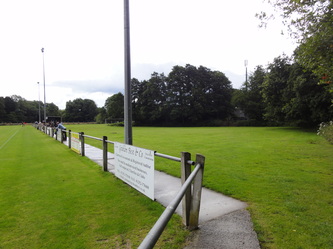 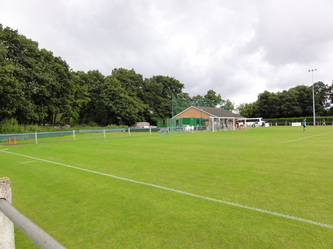 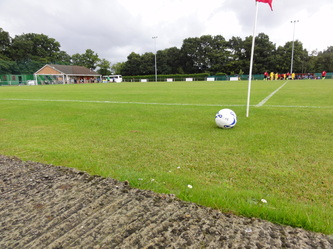 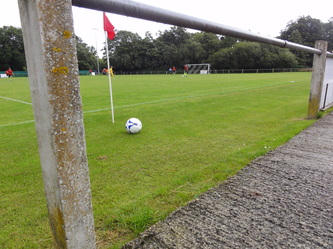 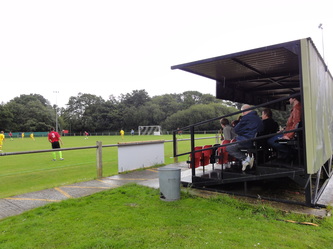 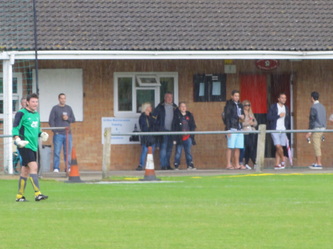 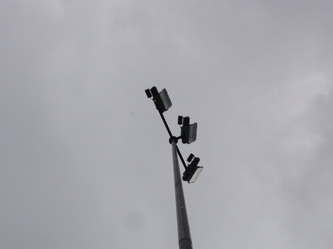 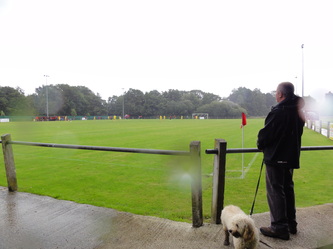 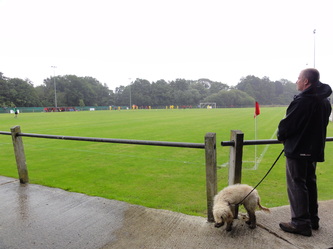 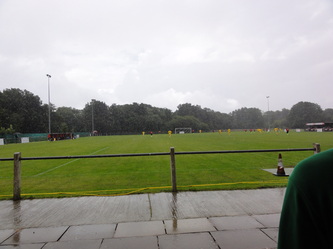 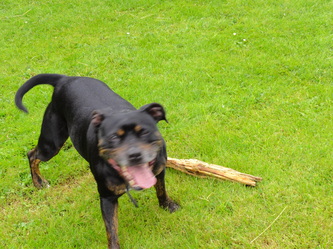