The night before I have been witness to one of the most extra ordinary 5 mins of football I have witnessed live. FC Dordrecht, finding themselves 0-3 down after 85 mins and with the game limping to the inevitable conclusion that was on the cards since MVV took a 19th minute lead, staged an astonishing comeback to snatch a draw. A reverse 'sheep up' if you will!
Well, after 45 minutes stood in the drizzle near the North Sea, I felt like I was being severly punished for all that excitement by the footballing Gods! Fortunately the game took a turn for the better in the second half as the away team defense took a corresponding turn for the worse and we got to see some decent attacking action from the hosts.
In a months time Rijnsburgse Boys will play host to PSV in the KNVB Becker and over 6,000 will file into the ground. If you have a seat in the impressive looking main stand then you will be fine, but I fear to other 5,000 in attendance will be less comfortable on the shallow terracing that accounts for the other three sides.
With the weather closing in, it was a close call that the game would finish before darkness, as the brightness of a very impressive scoreboard in the last photo shows. 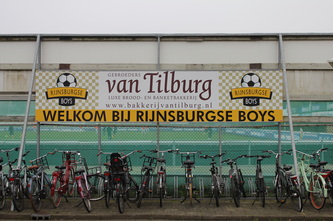 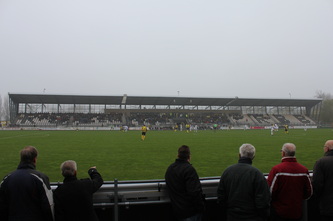 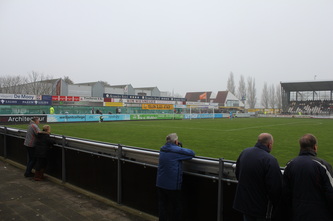 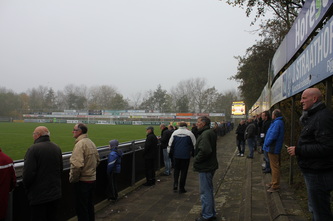 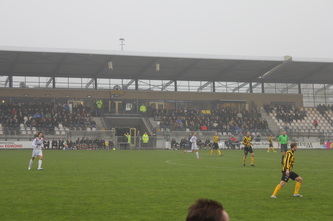 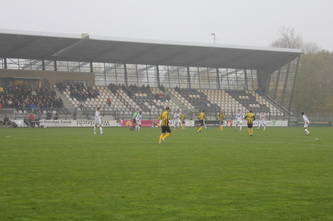 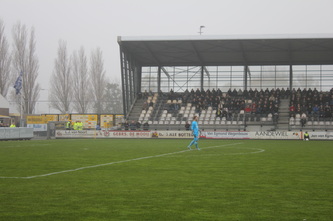 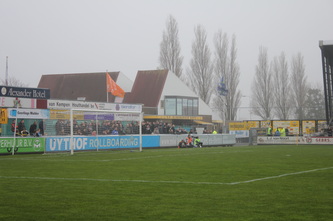 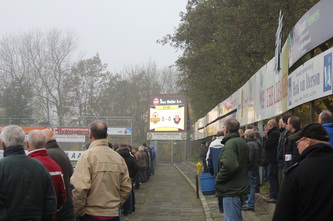 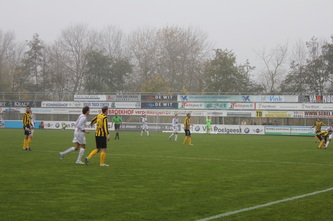 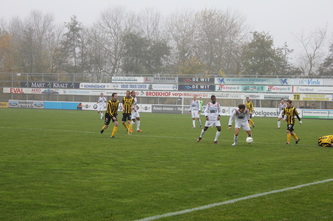 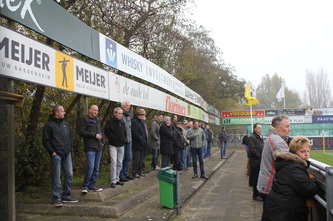 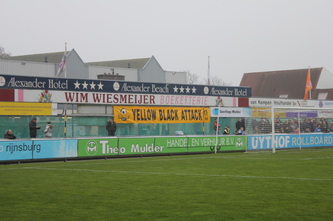 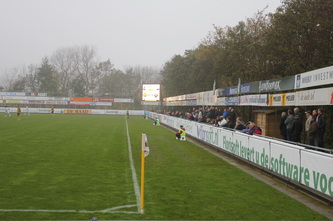 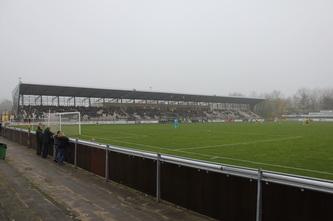 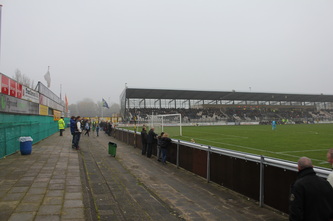 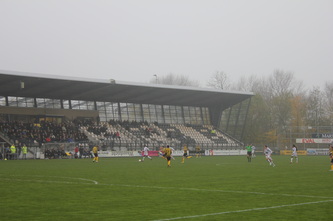 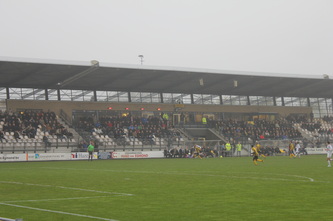 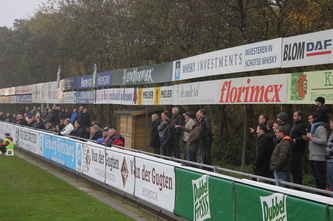 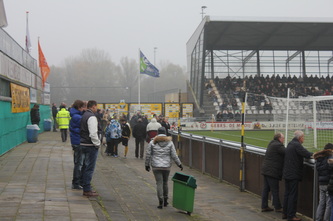 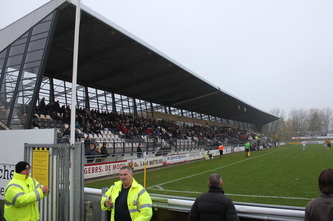 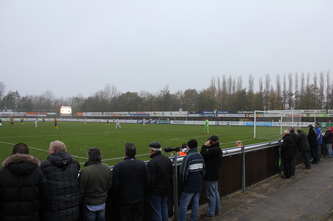 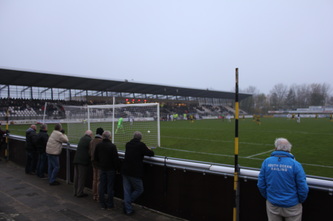 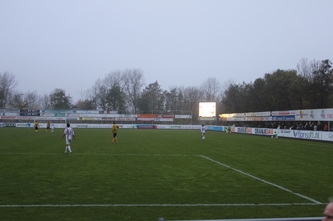